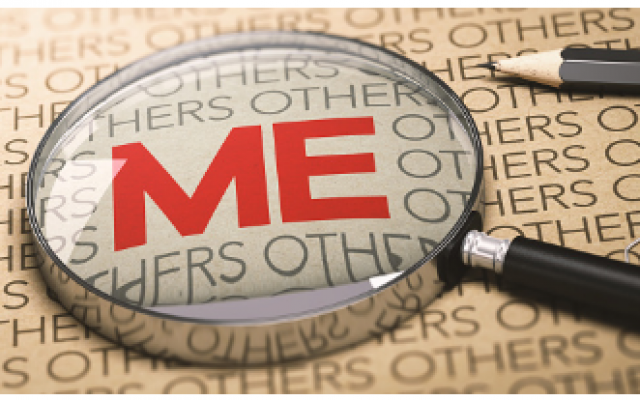 Rabbi “Moses of Coucy,” as his name suggests, was born and raised in Coucy in Northern France. In 1240, he was one of four rabbis required to defend the Talmud in a public disputation in Paris. It is likely that the need for a work like his, the codification of Jewish Law he authored, was driven by the decrees against the Talmud, which had been promulgated in France and had led to the confiscation and burning of all Talmud manuscripts in 1242.

The book he authored, Sefer Mitzvot Gadol (Hebrew for “Large Book of the Commandments” and abbreviated “SeMaG”), deals with the 365 negative commandments and the 248 positive commandments, discussing each one of them in turn.

Of the verse in the Bible, “Be careful lest you forget God your God…and your heart is elevated (in ego), and you forget God….” Rabbi Moses writes, “At first, I did not intend to include this verse in the count of negative commandments. As I was about to end my count of the negative commandments, God appeared to me in a dream and told me, ‘You forgot the most important (principle)… Be careful lest you forget God your God…..’ I reflected on this dream and decided this is a basic foundation in the observance (of our Holy Torah).”

As a result, the SeMaG includes as one of the negative commandments, “A warning (in the Bible) that one should not be arrogant.”

The SeMaG includes this warning as a negative commandment not because Rabbi Moses of Coucy was prompted to include it in a dream but because he determined to do so through reason. Once the Bible was presented to people here in this world, “We do not pay any attention to a heavenly voice,” and “Torah-instructions are not (anymore) in heaven.” The dream prompted the Rabbi to think, once again, about the importance of this verse. His rational, logical contemplation led him to conclude this should be included as a negative commandment.

Maimonides, on the other hand, one of the pillars of Jewish Law, does not include this verse as one of the negative transgressions of the Bible. How do we understand this disparity?

The Baal Shem Tov explains the connection between “Lest you forget…” and, as a result, “Your heart will be elevated in ego” by comparing this to the negative outcome of indulging in even permissible bodily gratification.

When a person is pleasure-seeking, he strengthens the animalistic tendencies inside himself. As a result, his sensitivities as a human being and his clarity of thought — the abode for the higher Godly senses — are significantly compromised.

Similarly, when a person forgets the influence of God in his life, he is liable to become egotistical and self-centered.

“God is your shadow” — a person’s lack of attention to Godliness sidelines the influence of God in his life, causing the person to mistakenly believe that he is “self-made.”

This leads to further degradation… “Forget, you will surely forget.”

When a person forgets that he even forgot, he is even deeper in the pit of darkness. He does not even realize that he has a problem with his forgetfulness of God, and an ever-increasing haughtiness, arrogance, and self-centeredness become his reality.

Concerning all other transgressions of the Torah, God says, “I dwell amid their impurity.” However, regarding arrogance and haughtiness, God says, “He and I cannot (do not) dwell together.” Haughtiness is a total distancing from God, the exact opposite of humility, and humility was the outstanding quality of Moses, “a Godly man” who “spoke to God face to face.”

Maimonides did not count this “forgetting of God…..” as a separate negative commandment because of the extreme severity of this demeanor. According to Maimonides, the prohibition against worshiping idols includes this terrible act of forgetting (the influence of) God in one’s life.

The antidote to all the above is an absolute vulnerability and trust in the promises and assurances of God and the acknowledgment of God’s goodness, authority, and influence in one’s life. We must realize that we are all finite beings and submit ourselves to the awareness of God the King of all Kings, the Holy One, blessed be He in our lives at every moment of our existence.