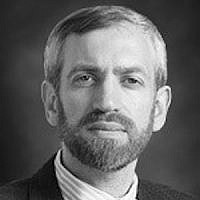 The Blogs
Daniel Polisar
Apply for a Blog
Please note that the posts on The Blogs are contributed by third parties. The opinions, facts and any media content in them are presented solely by the authors, and neither The Times of Israel nor its partners assume any responsibility for them. Please contact us in case of abuse. In case of abuse,
Report this post. 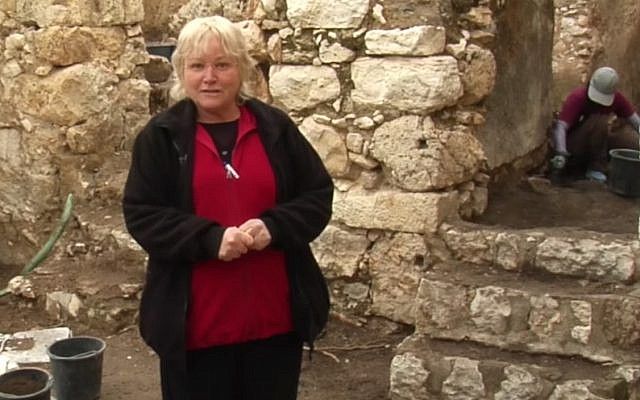 Eilat Mazar, one of Israel’s greatest archaeologists, passed away this week at age 64. Though born a decade after the Jewish state was established, Mazar is seen by those privileged to know her as being among the country’s founders because she had that rare and unmistakable character of the generation of leaders who brought the state into being against all odds. She was driven by an instinctive love for the Land of Israel, felt deeply connected to the Bible without being traditionally religious, and embraced archaeology, with its alluring combination of the spiritual and the earthly. Like Israel’s “Greatest Generation,” Eilat was supremely confident and touchingly modest, naturally charming and exasperatingly stubborn, totally committed to the national cause but even more devoted to her family, and undoubtedly crazy — in a good way, in the best way, what we Israelis refer to with admiration as a meshuga l’davar, someone who will do whatever it takes to achieve an impossible dream — not just once, but as a way of life.

Eilat made everyone who worked with her feel like partners in making history and inspired them to rise to the occasion — often to their own astonishment and against their better, or at least their more sober, judgment. There are countless examples, but I’ll share here only one, the utterly improbable origins of what might be Eilat’s greatest professional accomplishment: a monumental excavation in Jerusalem’s City of David that unearthed a structure many of her peers now believe to be the palace of the biblical King David.

I first heard Eilat speak about her dream of discovering David’s palace in 2004, when we were colleagues at the Shalem Center, a Jerusalem-based research institute where she was carrying out pioneering (and at times dangerous) work documenting the walls of the Temple Mount, Jerusalem’s holiest site. It was Eilat’s turn to present in our weekly seminar on Jewish history, and while using maps and pictures to guide us through the majesty of ancient Jerusalem, she pointed to a spot on a map and said, casually but with conviction, “This is where I believe King David’s palace stood” — and immediately moved to her next point. I found this nonchalant statement strangely electrifying and so I abused my privilege as chair to interrupt by asking what led her to be so sure.

Eilat quoted and interpreted a verse from II Samuel, shared her take on an unexplained finding of the great British archaeologist Kathleen Kenyon, and referenced a remark from her grandfather and mentor, the renowned archaeologist Benjamin Mazar. Eilat was so convincing that I surprised my usually polite self by blurting out: “Well, in that case, why are you leading a seminar when you could be out there digging?” She responded that an excavation like this cost a lot of money and I asked rhetorically, “Well, how much is a lot of money?” I then requested that she “stay after class” to answer that question, since some of the pure-hearted academics present might be uncomfortable with a conversation about money.

The Shalem Center had never been involved in an excavation, my colleagues and I knew little of the intricacies of archaeology, and the story should have ended there — and would have if I had carried out proper due diligence by consulting with other experts in the field — almost all of whom, I discovered later, discounted Eilat’s theory, in large part because a series of famous archaeologists had dug in and around the spot to which Eilat had pointed and had not found anything of significance. However, one of my colleagues was inspired by Eilat’s story and took the initiative to reach out to a philanthropist with whom he had a passing acquaintance and who was known to be passionate about archaeology, and within a few weeks, he had secured an oral commitment to fund the dig.

I called one of the heads of the City of David organization with whom I had a passing acquaintance, and said that Eilat Mazar believed David’s palace was located under the caravan where he had his office, that we had in-principle backing to fund an exploratory dig, and that I’d like to discuss working together to make this happen.

There was a long pause, and then he responded:

“I’ve heard Eilat’s theory about the location of the palace, the archaeologists with whom we consulted don’t agree with her, we recently received a permit to build our Visitors Center on that site, and we’re scheduled to break ground this coming Monday. Once we get started, it won’t be possible to dig.”

After another long pause he added: “But if there’s any chance of finding the palace, I don’t want to be responsible for its being lost forever, so let’s bring our teams together tomorrow night.”

At the conclusion of that meeting, he and his colleagues demonstrated heroic modesty by agreeing, out of respect for the views of someone with whom they disagreed, to delay the renovations a few days, while they looked into the feasibility of holding an excavation in the heart of their busy site and we secured written agreement for funding the excavation.

As fate would have it, the day before the deadline for finalizing the funding, the philanthropist backing the project ran into an unexpected legal setback and told us that instead of giving the $500,000 he had pledged, he could only provide $25,000 — and wished us luck securing the remainder. By then, my initial excitement about Eilat’s dream had turned into an obsessive sense of mission after seeing what I took to be the hand of God — in the form of generous funding pledged just in time to preempt a building project that would have permanently precluded this dig. The letdown from Cloud Nine was correspondingly painful as it sank in that we had no prospects of finding a donor of this magnitude and we — and Eilat’s dream — were out of time.

I couldn’t allow myself to wallow for long, however, as I had my scheduled weekly phone call shortly afterwards with Roger Hertog, the chairman of Shalem’s board, an extraordinarily strategic philanthropist, and a superb mentor. Roger asked how I was doing and, not wanting to lie, I said that I was somewhat down, gave a two-sentence explanation of why, and suggested we proceed to our regular agenda. Roger asked why Eilat thought King David’s palace was located in that spot and why I thought she might be right, I answered gamely, but without enthusiasm, and assumed we would move on to our business.

But the questions kept coming — about what a dig would entail, what the budget looked like, how one could evaluate if it was successful — and I answered as best I could while becoming increasingly puzzled that Roger was delving so deeply into a subject no longer relevant to Shalem or to anyone else. To my complete surprise, he ended the discussion by saying: “I might step forward in place of the donor who backed out. Ask for another few days from the leadership of the City of David and I’ll get back to you.” Later that week, Roger called and said: “I am probably crazy to get involved as I know almost nothing about archaeology, but I’m going to fund this dig. I want Eilat to have a chance to see if she can find King David’s palace.”

The rest, as they say, is history. The excavation started in early 2005 and by the end of the first season that summer Eilat and her team had uncovered the remains of a massive structure, apparently from the 10th century BCE — the period generally considered the time of King David. (See here for Eilat’s article on these initial findings.) The excavation, with continued support from the Hertogs, the academic support of the Hebrew University (Eilat’s longtime professional home), and the enthusiastic cooperation of the City of David organization, continued over the next couple of years, and as it went on the dimensions of the structure became greater and the evidence for dating it to the period of David more convincing. Today, a decade and a half later, archaeologists debate whether this structure better fits the Bible’s description of David’s Citadel or David’s Palace, but it is widely (though not entirely) accepted among scholars that the Mazar excavation provided compelling proof for a significant Israelite kingdom governed in the 10th century BCE from precisely that part of Jerusalem the Bible describes as the seat of King David’s rule.

In the coming months, as Eilat Mazar’s legacy is discussed in the wake of her untimely passing, I will leave it to the experts to address the significance of the David’s Palace excavation and the other blockbuster finds that have led her to be seen as the leading archaeologist of Jerusalem — of our time and perhaps of all time. For me, writing the day after joining her four children and hundreds of Israelis from all walks of life in accompanying Eilat to her final resting place in Nir Etzion, where she was buried beside her late husband, my mind is on her character more than her accomplishments. Acting in the spirit of Israel’s founders, she inspired countless people to transcend themselves by dreaming the impossible dream and joining her in making it come true.

May her memory be for a blessing and may her example light a path for all those seeking to be part of the incredible story of the renewal of Jewish sovereignty in the Land of Israel.

About the Author
Dr. Daniel Polisar is executive vice president of Shalem College, the first liberal arts college in Israel. He researches and writes about Zionist history and thought, Middle Eastern politics, and higher education. He lives in Jerusalem with his wife and children.
Related Topics
Related Posts
Comments