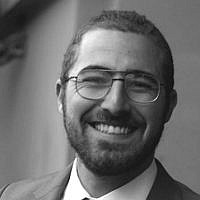 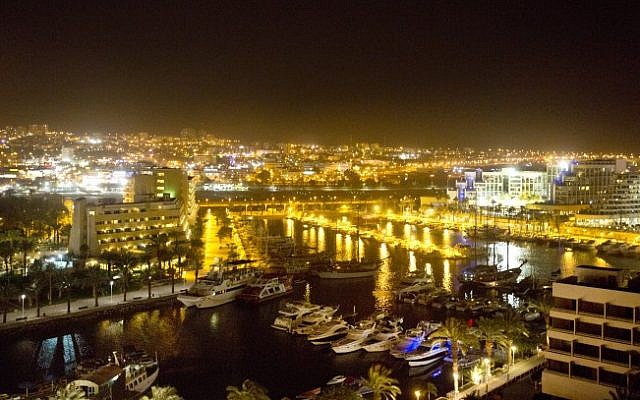 Despite near constant grumblings from Israeli economists, last week Finance Ministry Budget Director Amir Levy announced that Eilat would remain exempt from VAT tax in 2015. Granting Eilat another year off the budget chopping block will only be worth the revenue the state will lose if the government starts taking steps to recognize the city’s true potential. Eilat can quickly become one of the greatest cities in the country. Bolstering the city would not only alleviate many of the economic and social issues that the country faces today; it would also improve relations with our neighbors to the east and fulfill our most basic Zionist compulsions.

In the status quo, Eilat’s hotels rank as the third most expensive in the world. A weekend getaway becomes even more unsavory when political realties regularly send tourists running for bomb shelters. During the most recent escalation of violence, tourism to Eilat decreased by 32%. By making it more than just a place to party, Eilat would not lie at the mercy of her expensive hotel prices and domestic political constraints.

It’s time the government begins to take the necessary steps to resurrect the city. Firstly, construction of the Red Med railroad and Eilat’s new International Ovda Airport should be expedited. Once the train brings Eilat closer to the center, the port should be greatly expanded while still taking steps to protect threatened environmental treasures like Eilat’s coral reef. In 2010 it was decided that the Eilat Port Company (EPC) would be sold off in a widespread privatization initiative. Until now, 80% of the port is dedicated to vehicle and mineral traffic. Diversification to other trades such as containers will allow the EPC to flourish, and this can only be done though speedy and successful privatization.

Legislation needs to come out of the Knesset that encourages both commercial and residential movement to the city. A widespread rebranding must be undertaken. The government can incentivize prospective migrants by investing in parks, museums, and other cultural centers. Initiatives like the Eilat-Eilot Renewable Energy plan announced a few weeks ago, will serve to bring new jobs to the area as well as making the city a key player in the diversification of Israel’s energy resources.

Looking at the larger picture, once the city is ready to become a genuine international hub, the demand for its use will immediately follow. After decades of political and economic stagnation, the relations between Israel and her Asian neighbors have begun to improve dramatically. India and China have become two of Israel’s major weapons exporters. Dealings with Japan, Vietnam, the Philippines, South Korea and Singapore are of particular importance not just for economic reasons but the similar military, political, and ideological concerns of the states. Even countries like Malaysia and Indonesia, which have no diplomatic relations with Israel, have begun developing thriving trade relations. All this newfound trade must come through Eilat, and the only limit is the limit we put on ourselves.

Such an endeavor wouldn’t hurt the ports of Haifa and Ashdod- it would actually strengthen trade with the Mediterranean and Atlantic world as Eilat has the potential to not only link Israel to the East but also be the most appealing route from Asia to Europe. However, this ambition goes far beyond trade in terms of domestic benefit. Transforming Eilat into a city of 500,000 people would alleviate the housing crisis, create thousands of jobs, and reduce congestion in the overcrowded Gush Dan.

The value of Eilat doesn’t end at simple pragmatic benefit. Boosting Eilat further reinforces our desire to enrich Israeli Zionist ideology. Eilat’s historical connection to the people of Israel runs deep, both biblically and in modern times. It was first built on the ancient city of Etzion Geber, a trade city of King Solomon’s design. Peacocks and Frankincense would arrive from places as distant as India and the Spice Islands. Even further back in time, over 2,000 ancient sites have been recorded in the area (even though only 10% of those have been excavated). This makes Eilat the holder of the most ancient sites in the entirety of the Negev and Sinai. The historical and biblical connection Eilat has to the Jewish people rivals that of Jerusalem, Tiberius, and Tzfat.

In the contemporary, the last Israeli operation in the War of Independence took place in Eilat. The Raising of the Ink Flag symbolizes the victory of the war and the creation of the state of Israel. Not only that, but Zionist ideology is deeply rooted in settling the South. It was Ben Gurion who said “It is in the Negev that the creativity and pioneer vigor of Israel shall be tested.”

Despite this, for the past few decades the southern periphery has been in major decline. Politicians pay lip service to building up the south but nothing ever changes. Nevertheless, just as believers in the American Dream traveled from east to west to fulfill their belief of manifest destiny, so to shall the next phase of the Zionist dream be realized with the blossoming of our great southern port city.

About the Author
Aaron Balshan is an Intelligence Analyst for the Levantine Group, a Middle-East based geopolitical risk and research consultancy firm. He is a former Argov Fellow at the Interdisciplinary Center of Herzliya and staff sergeant in the IDF.
Related Topics
Related Posts
Aaron Balshan
Comments