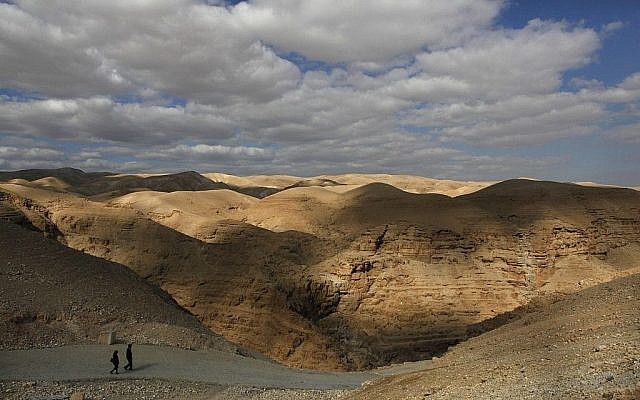 We all want to be proud of ourselves. We all know positive feedback’s transformative power on a child, a student, and even adults. I recently heard a story about a well-known rabbi in France who grew up as an orphan in Jerusalem. Until the age of 12, he never got a new piece of clothing. When he turned 12, he begged his mom to get him one new piece of clothing, and she bought him a new white shirt. As he goes to synagogue alone, he is appalled–nobody notices. The kid lost faith and was very downtrodden. He didn’t go back home and wandered the streets of Jerusalem, where he saw a group of people lining up to see one of the great rabbis. Standing in line, he finally gets to the rebbe, who pauses, looks at his shirt, and says, “psshhh”. He felt like a million dollars. That moment changed his life and gave him hope for all of his future.

Yet, in this week’s Parsha, Moses gives the Jews an eternal statement that is anything other than positive feedback.

Why is Moses sending the people into the land of Israel with anything but positive feedback? Why would Moses give the Jews such a grim perspective of entering the land?

Some answer that Moses does not want the Jews to worry about not being on a high enough spiritual level. If indeed they are getting the land of Israel because of their current righteousness, what if some of that righteousness fades, and they are no longer as worthy? Why if they do not keep up their high spiritual level. God tells them they don’t need to worry because it is because of the wickedness of the other nations that they are being awarded the land of Israel.

Yet this approach is not implicit in the simple reading of the psukim in which Moses’s voice is clear and resounding–do not think you have done this on your own.

So why is Moses giving the children of Israel an unmotivating talk before they enter the land of Israel?

To answer this, we must look at what makes countries, societies, and institutions rise and fall. When societies relax, they become complacent and lower their guard. While positive feedback does wonder for individuals, history has shown time and again that for institutions and societies, it does exactly the opposite. As they approach the land of Israel, Moses is thinking ahead and thinking aloud. The number one question that is on his mind is: how can this last? How can this unprecedented Jeiwhs commonwealth last for as long as possible. To that end, Moses warns them to never take things for granted and always know that what happened to the Canaanites can happen to them too. You, too, can end up being expelled and decimated. And so Moses goes on to warn the children of Israel and urges them never to take anything for granted.

Despite all challenges, threats, hate, and obstacles the Jewish people face today, we must never forget how much we have. Jewish independence in our ancestral homeland, full equal rights in the diaspora, and a robust educational system. Let us remember we may never take it for granted, become lax, or complacent. Shabbat Shalom.