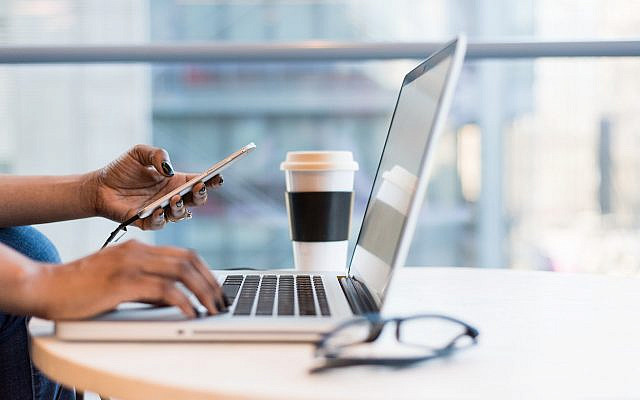 Photo by Christina Morillo from Pexels

Election season is in full swing, and what began as a cautionary tale in 2016 has now become our new reality. During the last presidential election, America faced an onslaught of propaganda, conspiracy theories, and blatant foreign interference. I’d like to say we learned from it. But the truth is, we’re losing the fight against disinformation by a landslide. If anything, the 2020 race is being characterized by better-coordinated attacks, harder-to-detect fakes, partisan news organizations, expanded foreign interference, and the rise of homegrown disinformation groups.

“It seems to be pretty clear that false information outperforms true information,” says Soroush Vosoughi, a data scientist at MIT who has studied fake news since 2013. In 2018, he led a study specifically into disinformation on Twitter. The results were published in Science and are chilling: according to the numbers, a false story reaches audiences roughly six times quicker than a true story does.

It’s clear that “the news” no longer exists. There is no singular voice in America or in the world that enjoys universal trust. Instead, media algorithms and special interest groups have created a polarized society where each person is more likely to be presented with the comfort of an echo chamber rather than the reality of multiple perspectives. This kind of isolation is far from harmless—recall how a U.S. vigilante murdered two people in Wisconsin because far-right media convinced him that Black Lives Matter protests were a threat. Or look at how left-wing activists such as Michael Moore have alternated between the conspiracy theory that President Trump’s COVID-19 diagnosis was faked for sympathy votes and publicly hoping he would die of the virus.

Certainly, Trump is only adding fuel to the fire via constant tweets and soundbites, from calling masks ineffective against COVID-19 to accusing Biden of using performance-enhancing drugs. At the first presidential debate, he even repeated false claims that mail-in voting was rife with fraud, undermining public trust in the election.

The last time we faced a disinformation campaign of this scale was during the Cold War, when the U.S. was constantly fighting against USSR-created rumors, from claims that the U.S. had made HIV/AIDS in a lab to covertly-funded books alleging CIA involvement in the JFK assassination. Disinformation was a devastating weapon then, and it is even more devastating now that we live in a digital age.

It all boils down to this: an environment of free speech is a double-edged sword, and virtually anyone can say anything. Moreover, the same media environment that allows for faster and broader updates than ever is also vulnerable for those very reasons—as the famous saying attributed to Mark Twain says -a lie can travel halfway around the world while the truth is putting on its shoes. Or more specifically, a video can be reposted to Facebook groups, Twitter accounts, YouTube channels, and other platforms faster than the companies can take each version down, and be infinitely more popular than a dry government PSA.

We can’t respond with censorship, and we can’t respond by limiting media platforms. So what can we do? I believe that a global threat takes a global effort to address, and it starts with tackling the current environment of anti-intellectualism and digital illiteracy in our society. If we assert that someone else’s ignorance is just as good as someone else’s knowledge, if we assert that all news sources hold equal weight, then we become sitting ducks for propaganda and disinformation.

Countering disinformation begins at home, with individuals and families prioritizing digital literacy. It might be a bit of a role reversal; older generations that didn’t grow up with the internet must be taught to navigate it by the younger crowd. The U.S. has started to take the issue seriously; aside from middle and high schools adding digital literacy courses, many senior centers, nursing homes, and nonprofits such as Older Adults Technology Services now offer capsules on how to spot fake news. Social media platforms are also playing a role: Facebook and others like TikTok recently launched the “Be Informed” series to raise awareness of disinformation, scams, and other misleading content online. The blockbuster lawsuit against Google this week is also a justified step in the right direction.

Combating anti-intellectualism is more complicated. There’s a reason most publics have lost trust in institutions—there is a long history of bias, denial, business interests overwhelming scientific findings, and ethical scandals—but it’s vital that institutions like the CDC and the WHO regain public trust, especially in the current pandemic.

The best time to start would have been four years ago, after we saw the damage that disinformation campaigns and fake news could do. The second-best time is now. The global community must work together to stop disinformation, or else resign ourselves to living in a world controlled by it.

About the Author
Annette Blum is an activist and philanthropist with a focus on global citizenship. Using art and media as dialogue-generating platforms, Ms. Blum advocates for social justice causes across the globe, and sponsors diverse advocacy-based programs. Among many board and advisory positions, Ms. Blum is a member of the Artists and Educators Board at Center Theater Group, the Clinton Global Initiative, and Religions for Peace, a U.N. affiliate program. Recently, Ms. Blum has collaborated with the Jerusalem Season of Culture program, the Clinton Global Initiative, and is a contributing writer for The Huffington Post, where she shares her experience with social and political programs and events taking place across the globe, with her specific focus on the intersection of art, advocacy and dialogue.
Related Topics
Related Posts
Comments