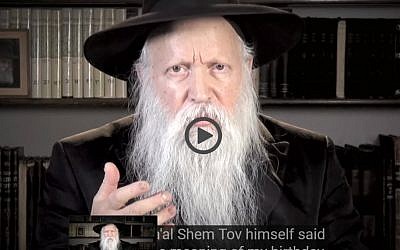 The Holy Ari, the greatest of the Kabbalists, said that the verse in Exodus that refers to a city of refuge, ‘Ina leyado v’samti lach,’ is an acronym for Elul. Before the Jewish People enter the Land of Israel, God commands Moses to designate six cities of refuge. The Torah laws of the cities of refuge are unique. If a person has accidentally killed another, he may flee to one of these cities, three on each side of the Jordan River. As long as he is within the boundaries of the city, no relatives of the deceased are allowed to harm him. If he wants to be safe, the perpetrator of this unintentional crime must remain in the city of refuge, not leaving its confines until the death of the High Priest.

Spiritually, the ultimate city of refuge is the Torah. When we run to the Torah, we express a strong will to immerse completely in its depths, taking refuge in its rectifying words. When our consciousness is totally in line with the Torah, we will no longer be vulnerable to harm, and more importantly, will no longer be in a state of mind that would allow us to hurt another, even unintentionally.

In the Talmud we learn that in Biblical times, road signs pointing to the nearest city of refuge were liberally scattered throughout the Land of Israel. Each sign had two words: Miklat Miklat (Refuge Refuge). The root of ‘miklat’ also means absorption and integration, two different dynamics.

When a person flees to the city of refuge — the new consciousness of Torah and particularly the inner, Messianic dimension of the Torah — he first must become totally absorbed in and enamored of it, never wanting to leave. In this primary state, the Torah encompasses his entire being and consciousness, and it is not critically important to what extent he understands all that he studies. The most important inner sense for him to develop is that this infinite, Divine light and wisdom has been given to him as an undeserved gift. The more that a person develops this sense, the more that he becomes absorbed into the Messianic Torah consciousness.

In order for his new Messianic consciousness to remain an eternal part of his being, protecting him from harm and from harming others, the person must redirect his experience, consciously integrating it into his being. (The desire to integrate the object of one’s love and desire into his being is the logical second stage of this process).

Only infinite wisdom includes both dynamics of absorption and integration.

When we run to the city of refuge of the month of Elul, we are absorbed into the inner, Messianic dimension of the Torah, and integrate it into our souls. We enter into a state of Messianic consciousness, which will rectify our souls and bring true redemption to the entire world.