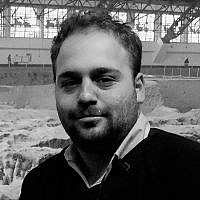 A version of these remarks was delivered before the congregation of Kehillath Israel in Brookline, Massachusetts.

When I accepted the honor of sharing a word of Torah this evening, I wrote a few different outlines of subjects I might discuss. I thought about the power of the Jewish calendar, as delineated in Parshat Emor. It is all here: Shabbat, Pesach, Shavuot, Rosh Hashanah, Yom Kippur, Sukkot, Shemini Atzeret, and Shabbat are all right in this parshah. Our calendar is foundational to the experience of going through life as a Jew. Anyone who has spent an extended period of time (a few months or more) in Israel will tell you that there is a powerful magic in living your life in a country where the calendar beats to the rhythm of our faith traditions.

I thought also of dedicating my talk to an exegesis or a close read of the final tale of the parshah. The moral of that story, as I read it, is the absolute inalienability of Jewish identity. The antagonist, a child of an Israelite woman and an Egyptian man, is tried and convicted for a crime against God. He gets no special dispensation for having a pagan father. Just as he earns all of the benefits of being a Jew, so too must he carry all of the burdens. There is something beautiful about that.

Instead of those subject, I shall turn to the tragedy that befell the Jewish people yesterday at Mt. Meron during the annual celebration of Lag B’Omer.

Today marked Lag B’Omer, the 33rd day of the counting of the Omer, when the yahrzeit of Rabbi Shimon bar Yochai, founder of Kabbalah, is celebrated with bonfires and rejoicing throughout Israel. Also on Lag B’Omer, the plague that killed Rabbi Akiva’s 24,000 students ended, thereby removing in many Jewish communities the laws of mourning observed during that 33 day period.

45 Jewish souls lost. For no reason at all. Nobody to blame, nobody toward whom we can target our rage. Merely an accident. Some day down the line there will be discussions about what logistics can be improved to make future events safer. This will come later. Right now, we only have despair.

I cannot shake the story told by one paramedic to the Army Radio: the body of a boy, about nine years old or so, lifeless on the concrete, his phone lying right beside him, ringing and buzzing frantically, the word “Ima,” flashing across the screen, a Jewish mother desperate to hear her son tell her he was ok.

In the aftermath of this tragedy, we must all come together as one. We have no choice. We are all Jews. Some of us may have different customs or differences of opinions on the laws that bind us, and the best way to fulfill our covenant to God. But we all share the duty to uphold that covenant and to stand side-by-side, shoulder to shoulder with one another when disaster strikes our community.

Rabbi Samson Raphael Hirsch wrote, “Our holidays, including the Sabbath, are called moadim, ‘appointed times,’ because they are special days when Jews ‘meet’ with God. Just as moed in space refers to the locality which people have as their appointed place of assembly, so moed in time is a point in time which summons us communally to an appointed activity – in this case an inner activity.”

Many of you will be spending Shabbat with the same people you have been seeing night and day for weeks on end since Covid first hit us 14 months ago. We have grown complacent and have stopped appreciating the treasure of what it is to be with the people we love and to celebrate the holy Sabbath in the way we see fit. This is a great privilege that Jewish history has taught us not to take for granted.

We must sit with this tragedy. And let it sit with us. Whether you have traveled to Mt. Meron yourself or have never even been to Israel, recognize that this tragedy has happened to all of us, as a family. And we must mourn it together. Communal mourning, group communication, inhaling and exhaling as one, that is what makes the Jewish calendar what it is, and that, to me, is the defining characteristic of Jewish peoplehood.

Parashat Emor ends with the words, “The Children of Israel did as Hashem had commanded Moses.” I make no claim to guess what Hashem would command us today were He to speak to us directly. But through his holy book, our Holy Book, the Torah, I can infer with some confidence, that he would have us mourn the tragedy as one people, with all our hearts, and every ounce of spirit we have.

Special thanks to Devorah Spiegelman and Rachel Frommer in your assistance in preparing these remarks.