Over the years the bodies representing the official Jewish religious establishment in Israel, including Israel’s Chief Rabbinate, have been rife with questionable, if not illegal, behavior. One study, published by Hiddush, found that 73% of Israelis perceive the religious establishment to be either corrupt or extremely corrupt. In the rest of the world, religious institutions are the least corrupt. 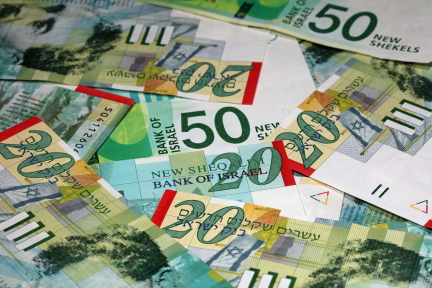 No more payments under the table.

It seems clear that our religious establishment should uphold our highest standards. Yet, be it in the areas of divorce, marriage, politics, Kashrut, Mikvehs, education, and more, the establishment is rife with corruption.

One of the most recent example of such corrupt behavior was reported in The Times of Israel.  State prosecutors are set to file criminal charges against the former head of the Chief Rabbinate’s import departments for allegedly accepting hundreds of thousands of shekels in bribes. The article pointed out that “A 2017 State Comptroller’s report slammed what it described as a corrupt kosher supervision process, noting that some supervisors were receiving pay for hours they did not work. One supervisor was reportedly paid for working 27 hours a day. There were also widespread reports of nepotism.”

So, I ask:  What options are available to us, the Israeli public, that may ameliorate the situation such that our jails need no longer be home to employees of the Rabbanut (or the Chief Rabbi himself)?

Thinking this matter through, with input from friends, I have come up with what I believe may be solutions to the problem.

Solution One: For the health of the state’s Rabbinate, the Knesset could make bribery and extortion legal. Prostitution too. These people need standards they can live with. Once bribery, breaking the public trust, taking envelopes stuffed with money, are made legal we would have freed the Rabbinate and other religious institutions from lawbreakers.

Solution Two: We can do, as many have long suggested, privatize the Rabbinate. But this time with a unique twist. The Rabbinate, once privatized and incorporated, could then offer shares on the T.A.S.E. (Tel Aviv Stock Exchange). In this way, ordinary Israelis could invest in the rabbinate without needing to go to all the trouble of attending an approved yeshiva. As is the case with many corporate CEOs in the world of business, the rabbis would earn outrageously high salaries even as dividends are distributed to shareholders.  The difficulty with this plan would be that the State has a longstanding commitment to fight corruption and promote normative values of honesty and integrity. But if Solution One were to be implemented – this difficulty would be eliminated.

Of course, I write my “solutions” tongue in cheek. The real answer to all of this is simple: End funding for the Rabbinate – it is a relic of the past and is just not needed.