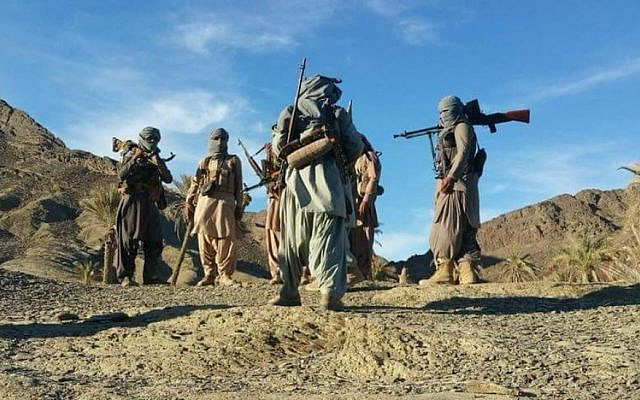 Balochistan Liberation Front (BLF) is one of the oldest and sizeable Baloch armed separatist groups frequently carrying out armed attacks against Pakistani forces and government installations in Pakistan’s restive province of Balochistan. Recently BLF has intensified its attacks against the government forces and China Pakistan Economic Corridor (CPEC), Islamabad’s dream Economic project. In an exclusive interview from an undisclosed location in Balochistan given to Manish Rai, Editor, Viewsaround. Major Gwahram Baloch, Spokesperson of BLF said that Balochistan Liberation Front ultimate goal is to get rid of Pakistan’s Forcible occupation and colonial rule. Following is the detailed interview of the BLF Spokesperson.

Question – What will be the future course of action for the armed struggle?

Baloch: The course of action of any organization takes shape according to the requirements of the given situation. So It will be formed as the circumstances and conditions needed for the achievement of our national goal- the independence of Balochistan.

Question– If the Pakistan government is willing to grant more autonomy to Balochistan is there any possibility that BLF can consider giving up the armed struggle?

Baloch: No. Our struggle isn’t for begging a big share from Pakistan in our own national resources. instead, our struggle is for getting rid of Pakistan’s forcible occupation and exploitation. BLF will never compromise the national sovereignty and identity of the Baloch nation.

Question– How do you see the recent mass protests in Gwadar and other areas of Balochistan?

Baloch: The mass protests in Gwadar or elsewhere in the occupied Balochistan are manifestations of the fact that the Baloch people are wary of Pakistan’s colonial rule, its plundering of their national resources, and the inhumane and savage behavior of the occupying forces.

Question– Its often said that Balochistan’s abundant natural resources are being exploited by the Pakistan ruling class but the region was always neglected. What do you think how can this be corrected?

Baloch: This can only be corrected by the independence of Balochistan. We don’t consider any other way to correct it because plundering the natural resources of the subjugated nations and keeping the people thereof backward is an inherent characteristic of colonialism.

Question – If Pakistani forces stopped all military operations in Balochistan then in that case BLF can consider any sort of ceasefire in near future?

Baloch: makes policy on factual grounds, not on any hypothesis. If such an incident happens in the future, then BLF will make its policy while considering the causes of such a decision, the enemy’s intention behind it, and its impacts on the Baloch cause- the independence of Balochistan.

Question – Balochistan and in particular Gwadar is at the core of China’s CPEC project. Do you think CPEC will bring any sort of prosperity to the region?

Baloch: China – Pakistan Economic Corridor will not bring any prosperity to the Baloch nation and the region. Instead, it will only enhance the exploitation of the resources of occupied Balochistan. It will facilitate Pakistan to accelerate the land grabbing and the process of forced displacement, elimination, and assimilation of the Baloch population of Balochistan’s coastal strip, particularly the Gwadar. CPEC will also sharpen the rivalry between China, the regional and international powers for military and economic domination in the region that will render Balochistan into a battleground for their interests.

Question – Do all the Baloch armed groups are united in their struggle?

Baloch: Seemingly all the armed Baloch Organisations are on the same page for the independence of Balochistan. However, some of them have formed a formal alliance with BLF that is known as BRAS. Some organizations still are out of BRAS.

Question- With the Taliban in power in Afghanistan. How do you see its effect on the Baloch cause?

Baloch: Though Afghanistan is a border-sharing neighbor of occupied Balochistan and has usually been a friendly place of refuge for Baloch nationalists in hard times. However Baloch independence movement doesn’t depend on the political situation in Afghanistan. Recent changes in Afghanistan will surely have their effects on the situation in the whole region including the Baloch freedom movement but not necessarily negative impacts.

Question– Baluchistan sees the most cases of the enforced disappearance of Baloch activists. How do you think that the Democratic world and human rights groups should take this issue?