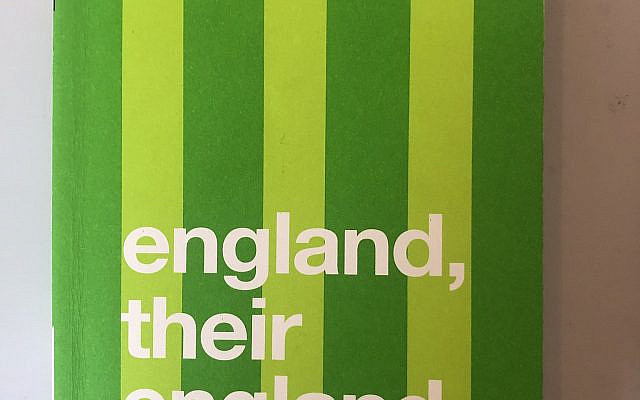 This book by A.G.Macdonell  aims to provide an account of life in England in the 1930s, i.e., in the period between the two world wars. Despite claiming that it is not a book about war, the first chapter describes a particular battle that took place in the First World War, using it as an opportunity to mock, deride and defame the structure, function and comportment of the various ranks of the British army, and the officer corps in particular.

The reader is able to witness the efforts of one Donald Cameron to study the nature of the British national character. He is a young man who has abandoned his late father’s failed farm in bleakest Scotland and makes his way by train south to London. Wanting to be a writer, he finds himself undertaking various free-lance journalism tasks, and this sends him to a number of areas and situations in and around. London, in his quest for ‘local colour.’

One of his first assignments is to cover – and participate in – a cricket match between some upper-class chaps he meets while seeking employment as a journalist, and a team of villagers somewhere in Essex. His account of the game, which was supposedly alien to him, and the behaviour of the participants, which consisted mainly of going off singly or in pairs to the local pub, which opened and closed according to the whim of its owner rather than the official opening hours in effect at the time, reads more like an account of a Commedia del’Arte performance, replete with comic entrances and exits, flippant remarks and a fair amount of bullying and blustering from all concerned (but mainly from the ‘toffs’ from London).

Another, similarly facetious account, accompanies the chapter devoted to a football (soccer) match played in a London stadium between two teams which have been longstanding rivals. His description of the behaviour of the supporters of the rival teams, both inside and outside the stadium, seems to be in accord with the behavious of British football fans today.

There are accounts of fancy dinner parties attended by such worthies as Sir Ethelred Ormerode, Captain de Wilton-ffallow and the beautiful Esmeralda d’Avenant. The latter seeks to befriend the author after mistakenly assuming that he is a distinguished journalist who can provide her with publicity in his newspaper. And so it goes on, with the facetious tone being maintained throughout the book, and the inimical British way of life with its class system, antiquated rites and often meaningless rituals (especially those associated with sport) being held up for constant albeit gentle ridicule.

The book was considered a classic in England in the 1930s, but to my mind it has not withstood the test of time.