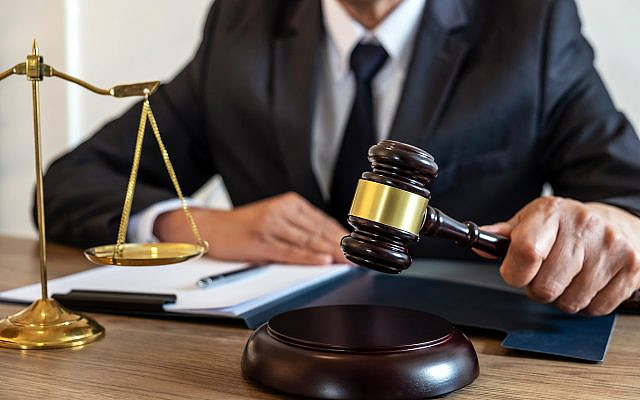 The Torah introduces the laws of the Red Heifer by saying, “This is the chok of the Torah” (Num. 19:2). From this instance and many others it seems that the word chok (or chukim/chukot in plural) refers to a type of law or rule. In many cases the word chok is accompanied by its counterpart, mishpat. For example, when the Jews arrived at Marah the Torah says, “There He placed for them chok and mishpat, and there He tested them” (Ex. 15:25). Similarly, the Torah prefaces its ban on various Canaanite and Egyptian practices by saying, “You shall do My mishpatim, and you shall safeguard My chukim… and you shall safeguard My mishpatim” (Lev. 18:4-5). From here we see that chukim and mishpatim are different types of laws, but as we shall see below, they are far from synonymous — there are major differences between them.

In explicating the verse above (Lev. 18:4-5), the Talmud (Yoma 67b) explains that mishpatim are laws which would still have been written even had the Torah not codified them. In other words, mishpatim are rules which can be intuited or logically deduced, such that they would exist even without the Torah commanding them. As examples of mishpatim the Talmud cites the prohibitions against idolatry, sexual misconduct, murder, stealing, and blasphemy.

Turning its attention to chukim, the Talmud explains that the Evil Inclination tries to convince people that these commandments are pointless. Meaning, chukim are commandments whose purpose or reason is not readily understood. As examples of chukim the Talmud lists the prohibitions of eating pork and wearing shaatnez (wool and linen together), the chalitzah ceremony, the purification process of a leper, and the scapegoat offered on Yom Kippur. Because the reasons behind all of these commandments are not understood, they are called chukim. The Talmud then rhetorically raises the possibility that these commandments are indeed meaningless and pointless, but then counters that suggestion by expounding on the end of Lev. 18:5, “’I am Hashem’ — I am Hashem, I promulgated them (chakaktiv) and you do not have permission to second-guess their legitimacy!”

Peirush HaRokeach explains that, simplistically speaking, a chok refers to issur v’heter (roughly, “ritual law”), while mishpat refers to dinim (“civil law”). However, Maimonides (in Shemonah Perakim ch. 6 and The Guide for the Perplexed 3:26) more closely follows the Talmudic passage above, and explains that chukim are commandments whose rationale is hidden from us, while mishpatim are commandments whose rationale is more obvious. Per Maimonides, Rabbeinu Bachaya (to Gen. 26:5, Ex. 15:28, Deut. 6:17, 7:12), Ibn Yachya (to Ps. 147:19), and Radak (to Ps. 119:1) all explain that chukim refer to commandments whose reasons were not revealed, while mishpatim are the intuitive laws which govern interpersonal relations.

Rabbi Shlomo Pappenheim explains that chukim are more likely to be forgotten because theyare not intuitive. This is because only the O/one who commands the chok truly understands its rationale, while everyone else is just following orders. Thus, to avoid forgetting them, chukim — more than other types of laws — tend to be committed to writing so that they will last longer and be remembered (see Isa. 30:8, Job 19:23).

The word chok is commonly translated into English as “statute,” which is a type of law whose details seem somewhat arbitrary. For example, the “Statute of Limitations” says that certain crimes can only be prosecuted if the perpetrator is indicted within a certain amount of time from when he committed the crime. That amount of time is essentially arbitrary, as it could just as easily have been longer or shorter.

Rabbi Pappenheim continues that the term chok (meaning an inexplicable law) was borrowed to refer to any set amount or quota that is imposed by a higher authority. In such cases the arbitrary nature of the prescribed quantity resembles the inexplicable law, which also appears to be arbitrary. For example, when the Pharaoh’s enforcers chided the Jews for not producing the required amount of bricks, the word used to describe that amount is chok (Ex. 5:14). Whatever number of bricks they were ordered to prepare was completely capricious, as the Pharaoh could have just as easily commanded them to make more or less than that number.

Rabbi Eliyahu Menachem Margules (author of Emunas Eliezer) explains that although chok does not inherently mean “a commandment without a known reason,” it bears this implication because it is related to chakuk (“engraved”). When somebody follows commandments out of rational understanding, then his obedience is conditional. He obeys only as long as the reason applies. However, when somebody follows the commandments simply out of a commitment to follow G-d’s will, then his obedience is unconditional and is more “engraved” or “ingrained” in his persona. For this reason, commandments without revealed rationale are called chukim — they ingrain loyalty to G-d more effectively than other types of commandments.

What is so special about “engraving?” Engraving denotes the total identification of the writing with that upon which it is written. This is opposed to, say, classical writing with a pen and paper, in which the ink and paper are technically separable. In engraving, the paper itself becomes the writing. This unbreakable bond between the written word and that upon which it is written parallels the unbreakable relationship between G-d and one who follows His chukim. Indeed, the Mishnah (Avot 5:16) teaches that love which depends on something else can be lost if that thing is lost. However, love which is not contingent on anything else can never be lost. When one’s obedience and loyalty to G‑d is not bound to rationalistic whims, the relationship is much stronger and cannot be broken. [Rabbi Pappenheim has a slight variation on this theme. He writes that just like engraved writing is inseparable and everlasting, so does a chok refer to an unmitigated, unchanging law. He explains that for this reason the word chok is commonly attached to the word “forever” (e.g., see Ex. 12:14, 30:21, Lev. 3:16, 23:14).]

Just as the word chok does not inherently mean “a commandment without a known reason,” so too does the word mishpat not inherently mean a “commandment with a known reason.” Rather, Rabbi Moshe Shapiro explains that the word mishpat denotes a decision between two viable options. For example, a shofet (judge) must decide between two equally legitimate litigants. The introduction to Tikkunei Zohar (known as Patach Eliyahu) explains that mishpat is known as “The Middle Pillar” because carrying out mishpat involves an impartial judge standing in the middle and deciding between the litigants. When following a mishpat — a commandment whose rationale is meant to be understood — one functions like a judge who weighs his options, comes to a logical conclusion and proceeds accordingly. This is the opposite of a chok — a statute — which does not require rendering one’s own decision, because the law is already set in stone.

In light of the above it seems as though chukim are more important than mishpatim and accomplish more. However, Rabbi Yisrael of Salant (1810-1883) points out that, in practice, the opposite is generally true. Oftentimes chukim serve as stepping-stones towards mishpatim. If one properly follows the commandments whose reasons are not revealed, then he will be able to refashion himself into being able to follow the mishpatim as well. In other words, fulfilling the chukim helps train one’s intellect to be able to properly understand the reasons behind the mishpatim,and will lead him to follow those rules as well. Rabbi Yisrael Salanter describes chukim as rungs on a ladder that lead one towards the fulfillment of mishpatim — the pinnacle of moral perfection.

A similar sentiment is expressed by Rabbi Samson Raphael Hirsch (to Ps. 119:5), who explains that the letter KUF of the word chok can be interchanged with the letter GIMMEL to produce the word chag (colloquially, “holiday”). At its core, the word chag means “circle,” leading Rabbi Hirsch to explain that a chok is like a “circle” in that its purpose is to encircle or surround us with various commandments, and give us extra opportunities to develop ourselves in a positive way.

The basis for this chok-chag connection is a Midrash (Shemot Rabbah §15:25) which expounds on the verse, “He (G-d) told His words to Jacob, His chukim and mishpatim to Israel” (Ps. 147:19). The Midrash takes this as an allusion to the holidays, because the holidays (chagim) are elsewhere called a chok (see Ps. 81:4-5), and their date depends on the calendrical policies of the judicial (mishpatim).

Second, the Zohar (3:113a) takes the opposite approach: Chok refers to the Oral Torah, while mishpat refers to the Written Torah. In seeking to explain this Zohar, Rabbi Yaakov Tzvi Mecklenburg (1785-1865) writes that the word chok is related to the word cheik (“bosom”), which denotes the “middle” or “interior” of a person. When something is engraved (chakuk), itis carved into something’s interior (cheik). With this in mind, Rabbi Mecklenburg contrasts the Written Torah with the Oral Torah. The Written Torah is made up of a text which is easily accessible and has, at least superficially, a plain meaning. It thus corresponds to mishpat. By contrast, the Oral Torah corresponds to chok because it takes the Written Torah and digs deeper to reach the “interior” and reveal the less obvious meanings of that text.