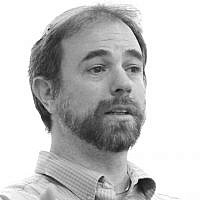 In his latest book Enlightenment Now, Steven Pinker continues where he left off in his 2011 book The Better Angels of our Nature. Continues and expands. Here is a world-renowned evolutionary psychologist writing history. That led to much of the criticism of The Better Angels. Indeed, when I asked Prof Pinker at a book signing about making sweeping evolutionary conclusions, he rightly pointed out that he was not making evolutionary claims; rather his claims were historical.

In Enlightenment Now Pinker again is making sweeping historical claims. He is exactly correct in his historical optimism. The world has certainly become a better place – at least for Western Enlightenment thinkers – over the last three centuries or so. We are heathier, wealthier, more democratic, less violent, live longer and safer. We have more and more equal opportunities. There are no data to disclaim what Pinker concludes. Any short blip on the 300-year time line is just that: a blip. In certain regions there was more violence, but only for a few years. There have been reappearances of diseases thought to be inoculated out of existence – often because of a lack of understanding of inoculation science.

The waves of democracy are perhaps the most encouraging, as they form the overall foundation for all other changes. Pinker points out that the current wave may be declining, so it is still not quite clear where it will wind up. There are many, including Francis Fukoyama, who are not convinced that world-wide democracy will stand the test of time. He is the first to point out that any social phenomenon can be ephemeral. But even if the anti-progressives are correct, historically, the biggest fear, and in my opinion the most crucial, regarding Pinker’s optimism is not historical.

The fear stems from the field Pinker claimed as his prior professional home: Evolutionary Psychology. Pinker began in psycholinguistics and cognitive psychology. But in his book The Blank Slate he makes it very clear that evolutionary thought is what has grounded him in his thinking. At least until recently.

I want to point out that evolutionary thinking – that is that biology, genetics, neurology – all play a role in my own work as a practitioner and, in a more limited way, in my research. Indeed, it was the one-two punch of The Blank Slate & How The Mind Works that had significant impact on my professional journey.

And it is in evolutionary theory that I find the biggest critique of Pinker’s optimism. Journalists and historians often quip about the dividing line between their two fields. For most WWI is history. However, WWII is still a matter of contention. Most agree that we still live in the period that suffers and benefits from the aftermath of that horrific period of human history.

But the same cannot be said about history and evolution. Evolutionary theory works in history, beyond history before it and after it as well. And when an evolutionary theorist makes historical claims, they run the risk of making the cardinal error of assuming that small numbers (few, say 300, years) behave like large numbers (long periods of time – say 10,000 to 50,000 years). And then convincing themselves and others that unbridled optimism is the ultimate message.

To be fair, Pinker does not claim that the changes are irreversible. He points to certain cases that suggest that, though the trajectory is quite clear, progress can retreat. However, I think that it is evolutionary theory that will actually predict this retreat and that we are indeed witnessing how it will work.

EO Wilson and DS Wilson in their 2007 paper “Rethinking the Theoretical Foundation of Sociobiology” conclude that “Selfishness beats altruism within groups. Altruistic groups beat selfish groups. Everything else is commentary”. Wilson & Wilson’s paper is a venture into the debate on group selection in evolution. There are theorists who support this take on human evolution and those who do not. Pinker comes out strongly against the theory of group selection. For the present purposes I will remain agnostic for it is only the initial statement that is of interest. That is, “Selfishness beats altruism within groups”. This statement implies that given a collection of individuals, those who act most selfishly will ultimately subjugate the group and take it over. We need not hold an opinion about group selection to accept this premise.

With the advent and eventual worldwide spread of the Enlightenment, we have succeeded in redefining what constitutes a group. Indeed, at the end of the second decade of the 21st century the world is a veritable village and the many players, i.e. countries and cultures on the world’s stage act as individuals within that group. It seems to me that there are currently three main suspects who may not fully support this move to ultimate world-wide cooperation and altruism. Two of the groups are still influenced by Enlightenment values and Pinker’s assertion likely stands true that they will ultimately embrace the values we hold to be dear.

Here I write about Russia and North Korea. It is true that with Vladimir Putin at the helm, the democratization of the Former Soviet Union has retreated somewhat from the initial days of Gorbachev’s leadership. However, given the overall socio-cultural pressures, I suspect that Pinker’s optimism is warranted in this case. Sooner or later the Russian people will demand a return to the days before Putin. There may be revolts and, sadly, more bloodshed. But it seems likely that the clock will roll back on this high jacking of Russia.

North Korea is a bit iffier. It is possible that the “crazy little man” will be so deluded with his power that he will draw the world into a limited, even if quite deadly, nuclear war that will bring its own destruction and the destruction of South Korea and some Chinese and American cities along with it. But it seems almost equally as likely that the tide will continue to turn and Kim Jong-un will ultimately come to embrace the desire for peace and prosperity and bring his country into the cooperative world of nations.

The true threat, I believe, comes from radical and non-radical Islamic migrants. What is most scary is that they have the uncanny ability to cooperate with those whom they support and who they accept as brethren while at the same time competing in a very selfish way against the west and against the very values of the Enlightenment. They cooperate with other Muslims (though it is clear that there is no love loss for their own Muslim co-religionists with whom they disagree). It is also very clear that the vast majority of the more than 1.8 billion Muslims in the world do not hold these attitudes. However, the silent majority at best ignores the radicals and at worst gives them cover and shelter. Perhaps because they fear for their lives, or perhaps because they too do not hold the Enlightenment values in any particular regard.

What I believe we are witnessing, and what I believe Pinker ignores, is that the idealogy of jihad, even non-violent jihad – or especially non-violent jihad – poses a great threat to Enlightenment, now. So even if the radicals do not succeed in violently subduing the west, they will pave the way for the emigration of many who do not hold the same set of truths to be self-evident. In fact, they hold other truths equally self-evident and many of them are in direct conflict with the truths that have captured the minds and hearts of the west.

The real concern is not the Iranian regime per se. It isn’t Al-Qaeda or ISIS. Though they do pose a certain threat. The real concern are the innumerable migrants who do not WANT to integrate, assimilate and adopt the enlightenment’s values. And, paradoxically, it’s those very same values that enable and embolden the separatist desire of the migrating jihad. This jihad does not require a sword, although it may employ it at times. The migrating jihad of the 21st century is a movement that scorns western freedom, wealth, democracy prosperity and the like. It is a value driven movement, driven by other values.

But if we desire to keep the Enlightenment going. If we want to continue to uphold the ideas that have brought us the progress, optimism ala Pinker must be tempered. The Muslims who came to Europe and the US at the end of the 19th and start of the 20th centuries wanted to adopt these values. They saw the benefits and were willing to compromise some of their religiously held beliefs. Not so the Muslims of today. And we will not be able to force this group of migrants to accept our value structure – for two reasons. First it is against Enlightenment values to “force” them upon anyone. And second, they are just not interested. Their values work for them. And, it turns out that they believe with deep fervor reserved only for religious fervor, that their values are best for the world and they will be willing to thrust them upon others.

The enlightenment is 300 years old. But it is only 300. In the face of a 1400-year tradition, that has in roots in other, even older traditions, it is a veritable newborn just shedding its nascent naiveté. Muslims, like all religious groups, have a patience not associated with the Enlightenment, NOW. They will wait, on the outside, until they gain a critical mass. And, as we have seen, they will then begin to enforce their way of life upon those who enter their neighborhoods. And then they will leave those neighborhoods and enter others. This is the way it works. This is not sociology; it’s based in biology. Evolutionary models have proven it once and again.

Will the cooperating altruistic individuals eventually regain control. Models are unclear on this count. But what is sure, it will only be after a great deal of suffering and it will require some seemingly non-altruistic behavior. I share Pinker’s historical optimism. We are truly living in the best of times. And, to answer former President’s Obama’s question – there is no other time from the past during which I would choose to live.

Yet I believe that historical optimism must be bridled by evolutionary realism. The competitive, isolative migrating jihad will predictably take the reigns of a society that is ill prepared to consider retaliation until it may be too late.

Wilson and Wilson paraphrased Hillel the Elder in their statement. I will just close with another of his statements: “If I am not for myself, who will be for me. When I am for myself, who am I. and, if not NOW, when.

About the Author
Rabbi Paul Shrell-Fox, PhD, is a lecturer and academic advisor in the MA program at the Schechter institute of Jewish Studies. His research focuses on evolutionary theory and how evolution impacts the development of Jewish ritual practice.
Related Topics
Related Posts
Comments