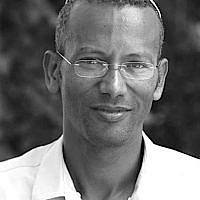 The Blogs
Sharon Shalom
Apply for a Blog
Advertisement
Please note that the posts on The Blogs are contributed by third parties. The opinions, facts and any media content in them are presented solely by the authors, and neither The Times of Israel nor its partners assume any responsibility for them. Please contact us in case of abuse. In case of abuse,
Report this post. 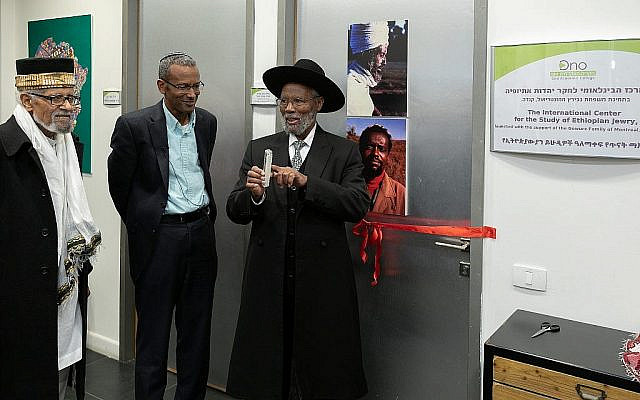 As an Israeli rabbi born in Ethiopia, my Jewish identity is unequivocal and the color of my skin irrelevant to my spirit. Generations of Ethiopian Jews have questioned or muddled their identities for the sake of inclusion, and many still grapple for a place in Israeli society. At Ono College, we believe a new approach is needed to secure the future of equality and inclusivity in Israel.

The State of Israel is both inherently nationalistic and pluralistic by design: as the Jewish national homeland, it’s an ingathering of exiles who succeeded in preserving a collective faith and identity from disparate corners of a vast diaspora for millennia amid relentless persecution and forced conversions; it’s also a multicultural democracy that guarantees equality of rights to all inhabitants, irrespective of race, religion, or sex.

The modern Jewish state is nothing short of a miracle, but it would be disingenuous to cast it as utopic. Since its inception, the State of Israel has faced an almost insurmountable challenge: How can an osmotic nation of diverse immigrants and refugees successfully integrate and advance as a collective without hostility, apperception, or erasure of individual identity?

Prejudice and discrimination are antithetical to Jewish values; the biblical commandment is explicit: “Do not mistreat or oppress strangers, for you were once strange in a foreign land.” For most of history Jews were a tyrannized minority, a dynamic that shifted only with sovereignty of state. This imperative thus became a central tenet of Israeli democracy and the right of its people to self-determination. But while the diversity of tribes within Israeli society fuels our symbiosis as a nation, the reality is, many still feel trapped in a cycle of exclusion and enmity akin to the baseless hatred that tore the ancient Israelites asunder and drove them into exile.

The engine of every democracy must be ignited and activated by its people. As history shows, equal rights doesn’t always mean equal opportunity. Engagement of marginalized sectors through direct academic, cultural, and economic initiatives is critical to Israel’s future as a fair and productive democratic state. In essence, Israel’s nationalism depends on its pluralism.

From the Horn of Africa to the Pale of Settlement, Jews survived through the ages even under subjugation by nurturing our distinct heritage, rituals, and traditions, adapting to local cultures but resisting assimilation in the name of collective continuity. The endurance of the Jewish people as a consonant nation without geographic borders was an existential feat of tenacity, propelled by the participatory faith of each individual and community. Over the course of centuries, Jews amassed a mottled mosaic of customs, dialects, and philosophies, enriching the pluralistic synergy of our global people without shedding the commonality of spiritual identity.

As an Israeli rabbi born among the Beta Israel community in Ethiopia, my own Jewish identity is unequivocal and the color of my skin irrelevant to my spirit. The Beta Israel maintained a devout Jewish practice in the face of merciless adversity while living in complete isolation from our coreligionists around the world for more than a millennium. Although our ancestors had settled in Ethiopia generations before, we always prayed to return to Zion to live among the people of Israel. During the Ethiopian Civil War of 1974-1991, this prayer was infused with promise as Israel’s government amended its Law of Return to enable our rightful immigration to the Jewish state, in a series of daring and wondrous operations.

The Beta Israel’s exodus from Africa was harrowing, and our absorption into Israeli society has also been arduous, a painful shortcoming of an otherwise triumphant display of Jewish vitality. Although our Judaism was recognized by the Israeli government, the Chief Rabbinate nonetheless required the Beta Israel to undergo pro forma conversion to allay doubt. In our Jewish homeland, the Beta Israel ironically became identified by the unshakable tag, “Ethiopian.” To objective eyes, the darkness of our skin and dissimilarity of religious practice seemed to eclipse the authenticity of our Jewish heritage and identity. We were like strangers in a foreign land.

Ethiopian Jewry is the only living repository of pre-Talmudic Jewish life; the secret to our longevity can be traced to King Solomon’s creed, “Do not abandon the Torah of your mother.” But upon arrival in the State of Israel, we were implored to renounce elements of our unique biblical tradition and adopt mainstream Rabbinic Judaism as basic principle. The vox populi of Beta Israel was subdued and our communal identity postulated as an addendum to Jewish history rather than an integral component.

More than 160,000 Jews of Ethiopian descent now live in Israel; at least a third are the native-born children, grandchildren, and even great grandchildren of the initial waves of immigrants. Generations of Ethiopian Jews have been forced to question and muddle their identities for the sake of inclusion, and while some have managed to break through extraordinary glass ceilings, many others still grapple to understand their place in Israeli society, as socioeconomic disparities and lack of opportunities persist.

In a signal of progress, Ono Academic College established the International Center for the Study of Ethiopian Jewry in 2019 to facilitate public awareness of the Beta Israel’s unique history and traditions and encourage Ethiopian Israelis to embrace their heritage without fear of intolerance or omission. The Center augments Ono College’s “Program for the Advancement and Integration of Ethiopian Israelis,” launched in 2001 to provide scholarship opportunities and expand the prestige of Ethiopian Israeli graduates in professions such as academia, law, and government.

The Center for the Study of Ethiopian Jewry is the first of its kind in the world, launched with the support of donors from Montreal led by the Gewurz Family. Ono College has pioneered a multi-disciplinary module to document, research, and explore the heritage of the Beta Israel, mapping its organic development as a unique branch of Judaism interwoven from the fabrics of Ethiopian and Hebraic cultures. The Center’s programs include study abroad in Ethiopia, academic journals, and conferences to bolster pluralistic thought in Jewish law, tradition, and culture. Beta Israel’s spiritual leaders (kessim) study and teach in the Beit Midrash at Ono College and can earn academic degrees with courses tailored to invigorate their eminence in Israeli religious and civil society. In partnership with Brandeis University, Ono College has produced extensive curricula on the Beta Israel for Jewish schools in North America on topics ranging from theology to Zionism. Ono College is currently seeking partners to help expand such programming at its new campuses in Savyon and Jerusalem, including construction of a library, reference room, and hub for workshops on the Ethiopian Jewish experience.

At Ono College, we believe a new approach is needed to secure the future of equality and inclusivity in Israel. Education is key to engaging marginalized sectors, and building bridges instead of barriers, by celebrating individual contributions to our collective successes as a nation.

Protection of civil rights is incomparably essential, but the socially disenfranchised will remain on the periphery so long as their stories are ignored or distorted. Ethiopian Jewry is uniquely positioned to help guide society toward inclusivity, with traditions rooted in the very semblance of brotherhood, pluralism, and humility that we dream of in Israel. Ono College is already leading the way with an innovative educational model that honors the multicultural character of our nation, retaining the distinct shapes of our pasts to safeguard the strength of our shared future.

As Israel’s largest private college and fastest-growing institution for higher education, Ono College is a beacon of democratic pluralism and champion of equal opportunity. With more than 18,000 students of diverse identity and demography, including Israeli Arabs, Palestinians, Bedouin, Druze, Christians, Muslims, and Jews of all backgrounds, Ono College is committed to fostering an unparalleled environment of collaborative learning to ensure that the muted voices of society are heard and affirmed.

Equal opportunity in Israel doesn’t have to be just a dream; with accessible education, it can be a national promise for all.

About the Author
Rabbi Dr. Sharon Shalom is the founding director of Ono Academic College's International Center for the Study of Ethiopian Jewry. He is also the author of Dialogues of Love and Fear (Koren, 2021) and From Sinai to Ethiopia (Gefen, 2016).
Related Topics
Related Posts
Comments