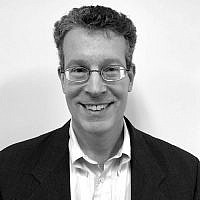 The Blogs
Joel M. Margolis
Apply for a Blog
Advertisement
Please note that the posts on The Blogs are contributed by third parties. The opinions, facts and any media content in them are presented solely by the authors, and neither The Times of Israel nor its partners assume any responsibility for them. Please contact us in case of abuse. In case of abuse,
Report this post.

Earlier this month several mainstream media outlets omitted any mention of Islam when they reported an act of Islamic terror in Strasbourg, France. A mass-shooting there had killed three people and injured 13. But news readers were not told the religious motive for the attack.

The murderer’s story was a familiar one.  Cherif Chekatt was a young man of Arab roots living in Strasbourg, a European stronghold of radical Islam. He accumulated a long criminal record.  During one of his prison terms he was radicalized in the precepts of militant Islam.  Upon his release the French government placed him on a terror watch list.  The target of his ISIS-inspired attack was a famed Christmas market.  As he pulled the trigger he shouted “Allahu Akbar” (God is greatest), the Islamic terrorist battle cry.  The resulting bloodshed raised the Islamic militant success rate in France to 248 bodies since 2015.

After the French government announced the above facts, most of them were left undisclosed by six major English-language media outlets.

BBC News declined to reveal that Chekatt was a criminal and a Muslim terrorist who had deliberately murdered his neighbors because they were Christian.  Nor did the BBC account for the hundreds of French lives taken by Islamic fanatics in recent years.

Similarly, the PBS News Hour and the New York Times refused to acknowledge Chekatt’s religion, noting only that witnesses had heard him shout “Allahu Akbar.”

The Washington Post noted the attacker’s “long criminal history” and added that he had been “radicalized” in prison.  Radicalized to what belief system?  The Post would not say.

CNN likewise mentioned Chekatt’s criminal record and called him “radicalized.” However, the report downplayed the killer’s ideology by emphasizing that according to Swiss and German police, he was “not known as a radical Islamist.”

The NBC Nightly News was more forthcoming.  It recounted Chekatt’s arrest record and stated that he had become “an Islamic extremist … inspired by ISIS.”  Still, NBC ignored the overall trend of Islamic extremism.

The global movement of militant Islam has been slaughtering civilians worldwide for decades.  But you would never know it by following the mainstream media.  Some of the most dominant publishers and broadcasters of news are so afraid of being labeled “Islamaphobes” that they refuse to identify the Islamic rationale for the attacks or even acknowledge that this widespread trend of violence exists.

Journalists should not hesitate to describe events such as the Strasbourg assault with terms like “Islamic terrorism” and “militant Islam.” Such nomenclature is not religious discrimination.  It is honest reporting.  Moreover, news writers should candidly cover all Islamic militants, regardless of whether they wage “lone wolf” attacks like the one in Strasbourg or act in groups like ISIS, al Qaeda, Hamas, Hezbollah, and Boko Haram.

For reporters who track the march of militant Islam, high-quality journalism is not just a professional responsibility.  It is a matter of public safety.  After all, if we members of the public cannot grasp the nature of the threat, we may fail to support the measures needed to address it.