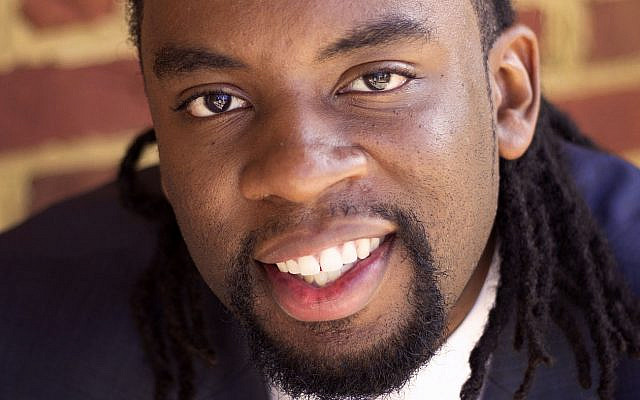 On the topic of California’s proposed Ethnic Studies Model Curriculum (ESMC), it would seem we have reached an impasse. This curriculum that diminishes Dr. Martin Luther King’s legacy as one of weakness, and other prominent figures who worked within the American system to make change as “docile,” has gained a seemingly insurmountable amount of steam. ESMC is already a requirement to graduate California State Universities, and now there is a campaign to make it required to graduate high school.

Dr. Clarence B. Jones, Dr. King’s former speechwriter and adviser says this in a letter excoriating the curriculum:

“It is a fact that the Black Freedom Movement of the 1950s and 1960s under Dr. King’s  leadership transformed our country, overthrowing a century of Jim Crow segregation and  white supremacist terror throughout the former Confederate states.”

“This fact, which I had thought was well known to all educated persons, has been  removed from the ESMC. This is morally unacceptable and renders the entire curriculum  suspect.”

“Moreover, it appears that this omission was deliberate. For example, ‘Evolution of Black  Political and Intellectual Thought’ is limited to three examples ‘racial  accommodationism, Black nationalism, and revolutionary intercommunialism,’ with the  implication that the intellectual and moral basis for radical nonviolence advocated by Dr. King, his colleagues at the Southern Christian Leadership Conference, and the heroes of  the Student Nonviolent Coordinating Committee, including John Lewis, Bernard Lawfayette and Robert Moses, is unworthy of inclusion in this intellectual history.”

More details on the problems in the curriculum can be found here and here. Some of the staunchest critics of ESMC are people who fled communist regimes. They see the curriculum as indoctrination of our students and a threat to the future of America.

Purveyors of the curriculum have a clear agenda, as evidenced by their original draft which not only perverted black history, but elevated Jew-haters. There was also a disproportionately large amount of Arab Studies included, which consisted of half-truths, and flat out omissions, like the Arab slave trading of Africans from the 7th century on.

Many pushed back, and rightfully so, and a new version was written. ‘Attempts’ were made to make the curriculum more ‘accepting’ and ‘inclusive,’ but wound up simply being a soft-core version of the original. Moreover, the same pushers of the original curriculum took their feet to the pavement and promoted the original draft to each California district personally.

While debates rage amongst critics of the curriculum as to whether or not the entire foundation was faulty, the US Palestinian Community Network (USPCN) released one of many graphics saying “Zionists have no place in the classroom.” Zionists, anyone who believes that Jews have a right to live in their indegenous homeland, “have no place in the classroom,” according to the USPCN, one of the most vocal advocates for the original draft of the ESMC. The thinly veiled language is what Dr. King described when he said “When people criticize Zionists, they mean Jews. You’re talking anti-Semitism.”

That isn’t all Dr. King said about antisemitism. As noted in an previous  article, Dr. King referred to members of the black community who accused Jews of being imperialists and colonizers as “color consumed, and they see a kind of mystique in being colored, and anything non-colored is condemned.” He emphatically rejected that line of thinking. The ESMC is rooted in Critical Race Theory, which simplistically views the world through the lense of skin color or oppressed/oppressor class. Critical Race Theory is quite literally the practical application of color consumption that Dr. King was talking about; the most obvious evidence being the fact that each iteration of the curriculum deems Dr. King himself, ineffectual.

Another major trafficker of the ESMC is Black Lives Matter, and some BLM leaders were contributors. Founder of Dream Defenders and prominent BLM member, Marc Lamont Hill stated this weekthat one of BLM’s objectives is to “dismantle the Zionist project.” As long as antisemitic organizations like BLM have a say in what is included in an Ethnic Studies course, there will never be an acceptable version.

We at IBSI have been objecting to the fatally flawed ESMC, and will continue to object. None of these events happen in a vacuum. Everything is connected. ESMC is not just an attack on any one particular people-group, it is an attack on our society as we know it. There is no revision that will save this curriculum. Further, according to AMCHA Initiative, as of last month, “20 districts have (already) adopted” the original draft. This push for ESMC is a calculated assault on the minds of our young people. If that sounds alarmist it’s because we should all be alarmed.