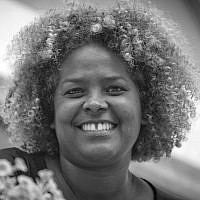 The Blogs
Shula Mola
Apply for a Blog
Please note that the posts on The Blogs are contributed by third parties. The opinions, facts and any media content in them are presented solely by the authors, and neither The Times of Israel nor its partners assume any responsibility for them. Please contact us in case of abuse. In case of abuse,
Report this post.

The Joint Distribution Committee recently celebrated its 100th anniversary and it certainly has plenty of proud achievements. From the JDC’s work with refugees in Europe after the two World Wars, to its role in helping Jews all over the former Soviet Union, and in many other places and fields too numerous to mention, the JDC has saved and rehabilitated Jewish lives

But birthdays are occasions not only for celebration, but also for reflection. This is especially true when we are celebrating an organization whose actions affect the lives of thousands of people.

Despite considerable funding for Ethiopian Jews, programs offered as interventions to the Ethiopian community have generally been of substandard quality. The JDC, which is often seen by government bodies as setting professional standards, has been party to the creation of these programs and their implementation, along with various other governmental and non-governmental bodies. We believe that one of the basic problems with these programs is that they sustain the separation of Ethiopians from the community at large by creating special Ethiopian programs, and that a deep change in conception is now needed if the Ethiopian community in Israel is to thrive.

Over the past 30 years, at the initiative of the Israeli government, the JDC has run many projects for Ethiopian Israelis in various fields: education, employment and community empowerment. One of the major initiatives operated by the JDC in the past decade, both in terms of financial investment and holistic approach (as declared by the JDC) is PACT and PACT+. Aimed at overcoming the socio-economic gaps that Israelis of Ethiopian origin suffer from, the PACT programs seem to take a sensible approach that should make significant change in the education of Ethiopian Israelis.

Unfortunately, they don’t work. Gaps among school children are evident beginning in the second grade and increase with age, even though most of the children were born in Israel. The standardized “Meitzav” tests run by the National Authority for Educational Evaluation in the Ministry of Education show that despite the JDC’s intervention in the field of education, in the 2011-12 school year serious gaps remain between Ethiopian Israelis and the general population.

There are also significant gaps in Bagrut exam scores, especially when it comes to high level matriculation required for acceptance to institutions of higher education. Just 26.4% of grade 12 Ethiopian Israeli students qualified for high level matriculation, which enables future social mobility, in comparison with 51% of the general Jewish population. This gap has diminished slightly in the past year, but the change is too slow.

The impact of these low educational achievement results are reflected in the discouraging state of these young people as they mature. The draft rate of Israelis of Ethiopian origin is the highest in the general population. Yet about 50% of Ethiopian Israeli soldiers did stints in military prison during their service as opposed to 25.4% of all soldiers.

In terms of employment and income, considerable gaps remain. Ethiopian Israelis maintain a level of employment that matches the general Jewish population, men and women alike, but their rate of non-professional employees is four times higher. Their salaries are 45% lower than the general population and average household earnings are 41% lower (including government allowances). 41.9% live under the poverty line in comparison with 14.4% of the general Jewish population. 57% are registered at social service agencies.

Since the 1990’s, the JDC has invested vast funds to provide Ethiopian Israelis with professional tools to enable them to integrate in the best possible manner in the Israeli employment market. Are these the hoped for results of the JDC’s major funding investments?

We appeal to the leaders and professionals at the JDC to ask themselves some critical questions:

What explains the failures in light of the bright promises made by JDC programs for the community?

Why has the JDC not yet begun to operate the employment guidance centers for the integration of Ethiopian Israelis, an area in which it claims to have vast expertise and which it took upon itself in 2012, in accordance with a government decision?

As we mentioned above, we believe that there needs to be a radical rethinking of policies towards Ethiopian Israelis, which we believe single out and separate them, enabling inferior programs to gain funding without proper evaluation. One key example of the “special” treatment offered Ethiopian Israelis is that, alone among immigrants, government funding for Ethiopians is handled by the Ministry of Absorption, perhaps the weakest and most ineffective ministry in the Israeli government, even though most of these funds serve Ethiopians who have been in Israel for 20 years or more (or were born here). In contrast, programs for Russians and other immigrants are under the auspices of the Ministry of Absorption for only seven years.

Sadly, the JDC continues to be part of the separation policies exemplifying the government absorption authorities, according to which Ethiopian Israelis continue to be treated as immigrants even though most came to Israel over 20 years ago or were born in Israel.

This video helps state our case.

This op-ed was co-authored by Shula Mola, Chair of the Board of the Israel Association for Ethiopian Jews and Ziva Mekonen-Degu, the Association’s Executive Director

Editor’s note: Click here to read a response to this article from Yossi Tamir, director general of the Joint Distribution Committee.