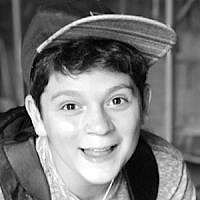 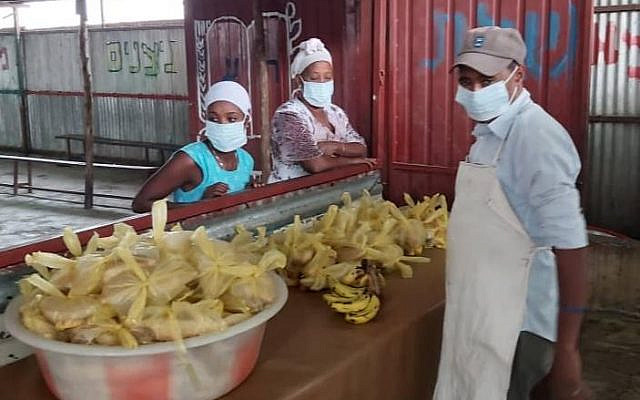 Delivering food to hungry Ethiopians through an SSEJ feeding program. (Author's own)

When Covid-19 first appeared, my mother established a procedure for entering our Atlanta home. We had to drop everything we were holding and wash our hands for 20 seconds. As a rebellious teenager, I groaned and complained and likely didn’t wash my hands for the full 20 seconds, but I could if I wanted to.

Having traveled to Ethiopia several times, I should have realized that hand-washing was a privilege. As Ethiopia’s Nobel Prize winning Prime Minister said last week, “Even taking such common-sense precautions as washing hands is often an unaffordable luxury to the half of the Ethiopian population who lack access to clean water.” But now that disease occurrence has escalated so rapidly, I am thankful every day for having a caring mother and the luxury of having soap and clean water.

In the heart of the Amhara Region, a city called Gondar, in Ethiopia, has 11,000 Jews. These people have waited many years, many decades, to get the green light to enter their homeland, Israel and rejoin their families. Due to racism, misinformation, and callous officials, they remain stuck in hovels, denied their birthright.

The World Health Organization believes that Ethiopia is one of the two African countries most at risk to Covid-19. The Jews are practically defenseless. Basic hygiene is key to preventing Covid-19 from spreading to their community. Ethiopian Jews are too poor to afford soap for hygiene, masks, or medical care. When up to 8 people live in a single mud-walled room, social distancing is a fantasy. And once you are sick, you are in deep trouble; there are very few hospital beds or respirators available in Ethiopia.

It is astonishing that Israel has dragged its feet for so long thus exposing the Jewish community to such a mortal risk. It is shameful that the Federation system and the Joint Distribution Committee refuse to provide any assistance to the community. But while the community is helpless, you and I are not. We can save many lives, though not all, by donating to SSEJ (the Struggle to Save Ethiopian Jewry) which is the only Jewish organization still operating programs for Ethiopian Jews in Ethiopia.

The Jewish Agency has realized this and has been helping SSEJ with funds for soap and clean water. But funds are still needed for hospitalization, medical fees, masks and gloves, gloves and food for those who are severely ill but not hospitalized. The funds available so far are not enough. The lack of support from the Federations, including the largest, the New York Federation is indeed shameful. But it doesn’t mean we shouldn’t do what we can do by donating what we can. It isn’t too late to save Jewish lives.

About the Author
Micah Feit Mann is a fifteen-year-old boy living in Atlanta. He visited the Jewish communities of Gondar and Addis Ababa, Ethiopia over a ten-day period in July, 2017 and again in September, 2019. He likes to discuss the issues of the day and appreciates diverse viewpoints. He looks forward to engaging with the broader community through this blog.
Related Topics
Related Posts
Comments