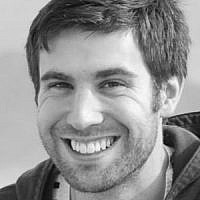 I’m scared to use my other passport. I’m scared to go and visit my parents. Over the past five years of living in Israel I have always tried to defend Europe and the UK to Israelis, who tend to be a little bit America obsessed. I love Europe. I grew up in Germany, my family is British, and my father was born on Cyprus. I studied European Union Studies at  Cardiff University and I speak 6 European languages. I spent most of my summers at my family’s apartment in the Spanish hills or on the French coast. Five years ago my national anthem was Ode an die Freude, today it is Hatikva because only in Israel can I feel safe.

I love Europe, her ideals, her culture, and generally speaking, her mindset. But I’m scared to go back and visit at the moment, and going back to live there doesn’t even come into the equation. The news reports I see coming from Britain are disquieting to say the least. While my parents assure me that the situation is blown out of proportion, and the media is just doing its job well, that isn’t the story I’m seeing in my newsfeed. There is a violent mood of boycott and a threatening forecast of ostracization conform or leave.

My Europe is once again being raped by the specter of anti-Semitism. In Germany, according to a Bundestag Poll, one in every five Germans harbors anti-Semitic views and it’s “socially acceptable”. France is emptying itself of Jews slowly but surely as the Jewish population flees to Israel or the US. There have been riots in European capitals; hearing “gas the Jews” has somehow become palatable.  Riots and violence are condemned in “the strongest possible terms”. I await the next Matteoti incident, the next Dreyfus case – this time it will be too late and the cry of “J’accuse!” will have no one to hear it. The European parliament allows Fascists and neo Nazis to sit in its chambers as if the 1930’s never happened – we’re reminded this is the “will of the people”. Twenty-nine percent of European Jews consider fleeing due feeling threatened in their homes and  76% of consider anti-Semitism to have become worse over the past five years. According to an ADL poll, 69% of Greeks, 27% of Belgians, and 45% of Poles, hold anti -Semitic views. Do we have to wait for another Ilan Halimi, a French Jew kidnapped and tortured in Paris (2006) because he was Jewish, for action from European leaders? Stop making La Bella Figura, stop pretending Europe doesn’t have a problem with the seeping infection of radical Islam and resurgent traditional European anti-Semitism. Stop pretending it’s normal and ok for Jews to hide in fear. Don’t wait for an attack of the magnitude of that on Argentina’s Jewish community’s headquarters (Buenos Aires, 1994).

With every new news report I see come out of Europe I feel less European. I admonish myself for my naivety for ever thinking that Europe could move past anti-Semitism. I’m embarrassed for ever having tried to say that Europe is a place for Jews to live. I keep quite among American peers now. We say never again, and yet we allow genocide to unfold in front of us in Iraq and ignore warning signs of surges of anti-Jewish violence in Europe. Act, to stop Kristallnacht now.

About the Author
Yoni studies Middle Eastern History and Islamic Studies at Tel Aviv University, served as a Humanitarian Coordination Officer to the international community in COGAT, and currently works in the Ministry of Defence. He is also an LGBTQ+ rights activist and volunteer at IGY. He enjoys cats, ice cream and carbs.
Related Topics
Related Posts
Yoni Etzion
Comments