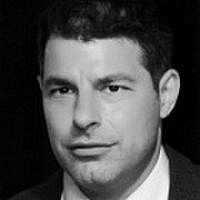 The Blogs
Avi Bell
Apply for a Blog
Advertisement
Please note that the posts on The Blogs are contributed by third parties. The opinions, facts and any media content in them are presented solely by the authors, and neither The Times of Israel nor its partners assume any responsibility for them. Please contact us in case of abuse. In case of abuse,
Report this post.

At long last, the European Commission has published its long-threatened Interpretive Notice on labeling Israeli “settlement” products. Until its publication on November 11, Israeli sources had feared the anticipated Notice would impose trade sanctions and illegally discriminate against the Jewish state, but the Europeans jealously guarded the Notice’s secrecy.

The Notice says that when products from the Golan Heights, “East” Jerusalem, the West Bank and Gaza are sold in Europe, they must not be labeled as “products of Israel” because the EU believes that these areas are not sovereign parts of Israel under international law and, therefore, consumers would be misled if they were labeled “products of Israel.” However, the Notice states that it would be lawful to label products from the West Bank and Gaza as “products of Palestine” (and maybe from “East” Jerusalem as well, though the Notice is ambiguous on this point) even though the EU does not recognize the sovereignty of a state of Palestine. This is because presumably European consumers only care that product labels reflect EU views of sovereignty under international law when this works to the disadvantage of Israel.

Additionally, the Notice states that it would illegally mislead consumers to place geographically accurate information on products stating that they are from the Golan Heights, “East” Jerusalem or West Bank if the products are “settlement” products. (The Notice does not define “settlements.”) The Notice states, by contrast, that consumers would not be misled by a label that said “product from the West Bank (Israeli settlement)” or “product from the West Bank (Palestinian product).” Apparently this is because when European consumers are not given information about the ethnicity of manufacturers they get confused about geography.

The Notice is deliberately disingenuous in several ways.

The Notice claims that it is doing nothing more than providing guidance in response to “a demand for clarity from consumers, economic operators and national authorities.” Yet, the Notice not only fails to cite any evidence of this alleged demand, it ignores a British Supreme Court decision that states quite explicitly that there is no such demand—in the 2014 case of Richardson and another v. Director of Public Prosecutions, the Court ruled that “there was no basis for saying that the average consumer would be misled … simply because [a product was] described as being [made in] Israel when actually it was [made in the West Bank].”

The Notice presents its position on the borders between Israel and a future state of Palestine as those of “international law” as if the EU had the authority under international law to establish Israeli-Palestinian borders. In fact, not only does the EU lack this authority under international law, the EU is signed as a witness on Israeli-Palestinian peace agreements that state that the borders are to be established only by agreement between Israel and the Palestinians. Similarly, the Notice claims that the EU “will not recognise any changes to pre-1967 borders, other than those agreed by the parties to the Middle East Peace Process” even though there were no pre-1967 Israeli-Palestinian borders. In fact, by trying to establish the pre-1967 Israel-Jordan and Israel-Egypt armistice lines as the new Israeli-Palestinian borders, the EU is trying to force changes to the pre-1967 borders contrary to the agreement of the parties to the peace process. Ironically, the EU is trying to rewrite history as well, since there is no country in the EU that viewed the armistice lines as borders pre-1967.

Most importantly, the Notice pretends that it is not a trade sanction and that it “aims at maintaining open and smooth trade [without] hindering trade flows.” Yet, as the Notice recognizes, there is already a “guidance adopted by the relevant authorities of several Member States” that restricts trade with Israel and the EU Notice will therefore definitely hinder trade flows. This is because the guidance adopted by the majority of EU states warn consumers that purchases from Israeli settlements “entail legal and economic risks” and “potential [adverse] reputational implications.” The Notice thus requires that EU states provide consumers with the information necessary to single out and avoid the very products that their governments have already warned them not to buy. This is not just a trade sanction. It is an indirect call to a boycott.

There is an important conclusion to draw from the European Notice.

Until it is forced to stop, the European Union will continue to violate international law as it concerns Israel. The European Notice is a clear violation of international trade law (for more analysis, see a report authored by Eugene Kontorovich and me). And this is not the only way the EU or European states violate international law to harm Israel. European states have long ignored their legal duties to combat terrorism under treaties like the International Convention to Suppress the Financing of Terrorism and Security Council resolutions like Resolution 1373 when it comes to terrorist organizations that target Israeli and other Jews. Most European states continue to contribute to the second-class treatment of the Jewish state in the UN system, in violation of article 2(1) of the UN Charter. More generally, the EU and European states have devoted enormous efforts to creating double standards under cover of international law that are uniquely harsh to the Jewish state.

The EU Notice on labeling violates a variety of treaties, such as the WTO Technical Barriers to Trade Agreement, which forbid states to create labeling rules that treat products imported from one state in a worse fashion than those imported from another state. The EU Notice is quite explicit about its discrimination. It says that product labeling must match the EU’s view of territorial sovereignty in only one case — that of Israel. Labeling need not match the EU’s view of territorial sovereignty for any other case, even where the products come from belligerently occupied or illegally occupied territories. For instance, the Notice and EU law permit selling products from the illegally occupied Western Sahara as “products made in Morocco.” They even permit selling products as “made in Palestine” even though there is no state of Palestine under international law, and the EU does not recognize one.

The EU cannot be dissuaded from its course by the usual give and take of diplomacy. This is not the first illegal European trade sanction against the Jewish state. The EU has already undertaken measures such as using regulatory sanitary standards to illegally block the import of agricultural products from Israel. The EU has also unilaterally reinterpreted its Association Agreement with Israel to impose higher import taxes (customs) on Israeli products from disputed areas. Instead of hauling the EU to the WTO, or imposing diplomatic sanctions on the EU, Israel has tried to resolve these issues diplomatically. Israel has agreed to give zip code information to the EU (helping the EU impose higher customs on some Israeli products) while disputing the EU right to impose unilaterally its own anti-Israel interpretation on the Association Agreement. Israel has quietly steered disputed agricultural products away from Europe to avoid a fight about the illegal EU sanctions. There have been numerous other Israeli compromises, such as restrictions on the geographical scope of joint research agreements.

These Israeli compromises have been rewarded with a harder EU line against Israel. Instead of meeting Israeli compromises with good will, the EU has interpreted Israeli compromises as invitations for further European sanctions. This is particularly noticeable in the latest European Notice. The Notice presents itself as a legal interpretation based upon customs agreements between Israel and the EU. In other words, the EU is using the Israeli decision to forego a fight on Europe’s unilateral anti-Israel customs standards to justify Europe’s new illegal labeling discrimination against Israeli products.

For all the European pontification about the importance of international law, the EU apparently views itself entitled to violate the law with impunity when mistreating the Jewish state. If Israel fails to fight the European Notice more seriously than it has fought past European sanctions, it will encourage further European bullying. It is a mistake to attempt to appease the EU bureaucracy in its vendetta against the Jewish state.

Indeed, Israel should seriously reconsider its past forbearance. It is time for Israel to set aside its zip codes agreement, and take other steps to prevent discriminatory EU treatment. Israel must not acquiesce to illegal adverse European treatment.

Israel has announced that it has suspended the EU’s participation in some diplomatic discussions on matters related to the Palestinians. This is a welcome first step, but it should not be the last. It is time for Israel to consider litigating its trade rights before a World Trade Organization dispute resolution panel. Israel must keep up the pressure, and exclude the EU from sensitive matters, until the EU revokes all its prejudicial acts against the Jewish state.