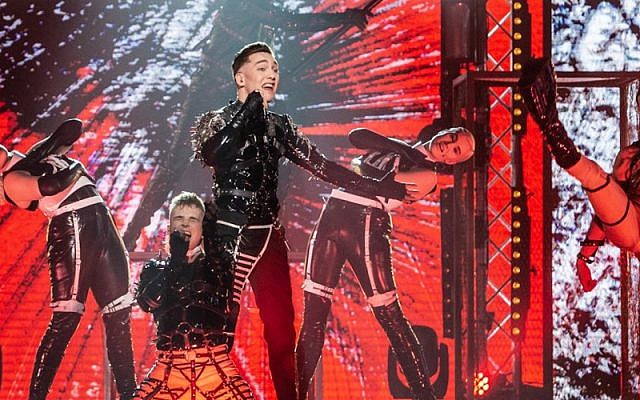 Island has chosen a sadomasochistic band to represent it at the Tel Aviv 2019 Eurovision. It plans to bring an anti-Zionistic message, despite the Eurovision rule that commercial and political messages are prohibited.

Eurovision is contemplating to disqualify them. Don’t. They want to be disqualified. Like the masochist beseeched the sadist: “Hurt me!” Upon which the sadist replied meanly and softly: “I wooon’t…”

No doubt, Israel would like to not let them into the country. Do.

There is a much better plan possible. Remember, they’re into SM. Let them have it. They will come. True anti-Semites always think that they are going to win – even when on their way to their graves.

The day before the finals, there will be a general repetition. That recording will take the place of the live broadcast if something would go wrong in the direct transmission. This is the plan.

Let them play for the recording, like everyone else. If they perform an unfriendly stunt, disqualify them for the live broadcast and cut them from the backup tape.

And if they behave well for the recording, show the recording during their live performance. Their live anti-Jewish “surprise” will be booed away by the public and the rest of the world won’t even see or hear it.

They are scheduled to perform with the song called “Hatred will prevail.” Little do they know. Tehee.

O, and when touring the world, maybe skip Iceland. They seem to have a few problems that you don’t want to handle.

PS: Prediction: the winning song will be the exact opposite: