In Jerusalem, the City of Peace, it could have been anyone. In many cities in Israel, whether they cross the Green Line or not, human beings are being targeted for the crime of being. Sadly this past Friday, when the Palestinian terrorist entered Jerusalem’s Light Rail train, he was simply looking to end an innocent life.

Hannah Bladon, a British student who’s life was taken by a Palestinian terrorist in Jerusalem on April 14, 2017, (UK Foreign and Commonwealth Office)

The stabbing of UK student Hannah Bladon is an act that should not be tolerated by the State of Israel, by the United Nations, nor by any other country or NGO. The fact that we have not seen student protests at London’s universities or that another Parisian night passes lacking a candlelight vigil, is in and of itself an outrage. This may not be a crime that stands up to the theft of Hannah’s future, but it is a crime of willful ignorance.

On April 14th, after a morning of exploring her passion of archaeology on an archaeological dig, Hannah had taken the lessons and values of Jerusalem to heart. Like a common chesed (someone who performs acts of loving kindness), Hannah had given up her seat to a standing woman carrying an infant. In Judaism, acts of loving-kindness are ideally supposed to be anonymous, Hannah’s was not due to of her fatal meeting with a mentally unstable Palestinian man.

The motive of Hannah’s killer is one that Israel sees regularly, a mix of mental instability and religious fundamentalism. In this fatal event, the Palestinian terrorist was Jamil Tamimi. From the Arab city Ras al-Amoud, Tamimi was known to the Shin Bet (Israel’s general security service). As a man who had attempted suicide on his life before, Tamimi had been previously convicted in 2011 on the accusation of sexually abusing his daughter. According to the Shin Bet, “This is another case, out of many, where a Palestinian who is suffering from personal, mental or moral issues chooses to carry out a terror attack in order to find a way out of their problems.”

For us who are constantly following the Middle East, we know that these attacks happen too often. Though, most attacks are against Israelis and Jewish people, foreigners have not been unscathed. In November 2015, 18-year-old Ezra Schwartz from Massachusetts had been studying at yeshiva in Beit Shemesh. While generously offering food to IDF soldiers near the Gush Etzion Junction, his life was seized by a Palestinian terrorist. 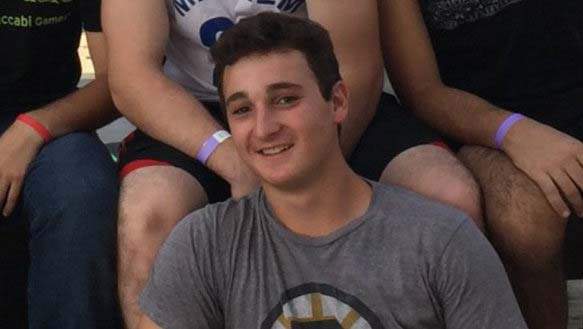 In Jerusalem, the City of Peace, it could have been anyone from anywhere. We must morn for Hannah Bladon, only visioning what might have been. Though it pains us that these attacks on occasion slip through, it should not be a reason that detriments student’s ability to student abroad in Israel. Prestigious study abroad programs, like The Hebrew University of Jerusalem, are to be cherished and assisted. Though, on the contrary Israel’s tourism industry is flourishing in 2017, the motivation should be to sustain these growing numbers with caution.