Friends — We hope you enjoy this weekly sneak preview of the soon-to-be published commentary of Rabbi Shlomo Carlebach on sefer Shmot.  Pls make sure to share this with all those who you think would appreciate it. 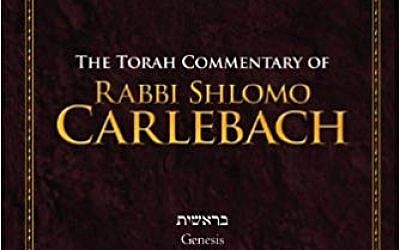 We Could Have Brought Mashiach

Everyone knows that the word “Vayehi” always alludes to something sad. So, sadly, it came to pass that Pharaoh let the Jewish people go. All the commentaries ask why the word “Vayehi” is used here? Leaving Egypt was the greatest joy in the world. There are two million answers, but the Divrei Bina of Biala says like this.

There are moments when we have the opportunity to receive everything in the world, but sadly enough, at that moment we are satisfied with much less. Do you know how much G-d wanted to give us the night we came out of Egypt? On that night we could have brought redemption to the world, we could have brought the Messiah. But, sadly enough, we were happy to just get out of Egypt.

Sometimes we want something so badly and then when it happens we are so happy it happens, but we don’t realize that at that exact moment we can do thousands of more things.

They get married, but the craziest thing happened, Reb Nachman doesn’t come home after the wedding. He only comes home next day for lunch, eats a little bit and leaves. He comes back next day for lunch and leaves, the next day he comes for breakfast. So she went to the holy Ba’al Shem Tov to let him know what is going on. The holy Ba’al Shem Tov went to Reb Nachman and said, “Nachman, what’s going on, why don’t you go home?” So he says “Rebbe, you know and I know, sadly enough, that it’s decreed for her to ­­– sadly enough – die in childbirth. I don’t want her to die so young.” So the Ba’al Shem Tov says, “Let me tell you something: why don’t you just talk to your wife straight?” So he goes home and says to her, “I want you to know, I love you so much. The reason I’m not coming home is because I know what’s decreed in heaven, and I don’t want you to die.” So she says to him, “Is the way I am living now any better? I would rather have one good year with you than live like this forever.” That year she had a baby. At the moment the baby was born, she cried out “Ribbono shel Olam, I can’t leave like this. I carried this baby in my womb for nine months, and I won’t even see it? Ribbono shel Olam, let me live for four weeks.” So she lived for four weeks and then she nebech died. This baby was named Simcha, and this Simcha is the father of Reb Nachman of Breslov. Now listen to this. When Reb Nachman Horodenka came to the Ba’al Shem Tov to tell him what happened, the Ba’al Shem Tov screamed out, “Oy, don’t you know that at that moment all the gates were open for her? She could have asked G-d to stay alive forever.”

Everyone knows we were in three different exiles after Egypt: Babylon, Persia, and Rome. The moment G-d took us out of Egypt, we could have eliminated everything. We could have said, “Ribbono shel Olam, please bring the great day for the whole world.”

The moment the gates are open, don’t limit yourself to something – to anything.

It says that the lowest person in the world had a higher vision than Ezekiel the prophet when they crossed the Red Sea (Mechilta D’shira 3, Ze Keili); all the gates were open for us. Suddenly all of Israel and Moshe had the same vision. “Az yashir Moshe u-v’nei Yisrael….“ (Sh’mos 15:1) Moshe and three million Jews are all singing. For one moment, they all had the same vision as Moshe and were ready to receive the absolute highest.

And here I want you to know a mind-blowing teaching from the Ne’os Desheh. On Pesach, you have to bring a korban chatas, a sin offering. Even if you are an expert on sinning, on the last night we got out of Egypt, how much sinning time do you have to do by Seder night? The next morning you already have to bring a sin offering? So he says the deepest Torah in the world.

We could have brought Mashiach the night we got out of Egypt. The gates were open. But we were just so happy to get out of Egypt, we didn’t ask for more. During the Six Day War, when we came back to Yerushalayim, we could have asked the Ribbono shel Olam, bring Mashiach! At that moment, the gates were open. We were just so happy to go out and blow the shofar by the Holy Wall, and that’s it. Why didn’t we ask for more?

Imagine you want to raise some funds for your school or synagogue, and you finally have an interview with Rothschild. Rothschild says, “I’m very much impressed with your work, what can I give you?” You start thinking to yourself, “I don’t want to be a pig, what should I ask for?” “We need fifty thousand dollars.” Rothschild says, “Strange, I wanted to give you two million.” You see what it is, on Yom Kippur I’m giving G-d a clear detailed account of everything. You know why I have to tell Him exactly what I want? Because the doors are not that much open. It’s still a supermarket. You tell G-d, “I want this, I want this.” G-d says, “Let’s open your account and see how much credit you have.” Seder night is a completely different story. Seder night, the gates of heaven are so open, G-d wants to give you everything, so why don’t you take it?

The Frierdiker Rebbe of Lubavitch says we are always coming to G-d like beggars. What’s a beggar on the street asking for? A quarter, a dollar. If he has gevalt chutzpa, he asks for five dollars. We are not beggars, the Rebbe told us. We are not homeless people. Why don’t you ask G-d for everything? Can you imagine the son of Rothschild standing on a street corner, begging for a quarter? The Ribbono shel Olam wants to give us everything. Why are we so small in our own eyes?

This is an unbelievable Medrash. The passage says, “Vayehi b’shalach Par’oh es ha’am” ‘Pharaoh sent us out and we left Egypt,’ (Sh’mos 13:17) and everyone asks the same question. Why does the Torah use the word “Vayehi,” which always alludes to something sad, when it comes to describing the exodus of Egypt?

Do you know what the saddest thing in the world is? Most of the things in the world are never as beautiful as we hoped they would be. The Medrash says that even when we left Egypt it wasn’t as beautiful as we thought it would be. Why wasn’t it as beautiful? What happened was that on that night we could have asked for the Mashiach to come, we could have brought redemption to the world, but we were just so happy to get out of Egypt that we forgot the rest. We could have prayed for generations to come, but we didn’t. And so, we felt something is missing… it wasn’t complete. But you know something? G-d in his infinite compassion gave us a little vision of the Mashiach while we were crossing the waters. While we were crossing the Sea, G-d was letting each and every one of us know, “Even if he hasn’t come yet, from time to time you should have vision when you get too desperate.” G-d gives you a little vision to keep you going. When Mashiach comes, it says, “hayinu k’cholmim,” ‘it will be the way we were hoping it would be.’ (Tehillim 126:1).

What a world it is when each couple that gets married realizes it is even higher and more beautiful than whatever I thought life with you was going to be like.

I want you to know something awesome. There was never a storm on the ocean like that night when we crossed the Red Sea. It was the biggest storm in the history of the world. At that moment there was a voice in heaven saying, “Nachshon, one of your children will be the Messiah, who is not afraid of anything.” Nachshon’s great-grandson was King David, who at nine years old was fighting Goliath. Goliath was not just a bit bigger than him, there was nobody who could fight him. King David, at nine years old, comes and knocks him off.

So when we crossed the Red Sea, it was the first time we had a little taste of what Mashiach is all about. We realized that for the first time we were not afraid of the world. We were not afraid of the storm on the ocean, but even deeper than that, we stopped being afraid over our own shortcomings. Do you know what instills in us the greatest fears? Yesterday’s failures. The holy Ba’al Shem Tov says that the greatest slave driver is our own yesterdays. It is mamesh paralyzing. On Yom Kippur, we are already half paralyzed, as Amalek comes and says, “You already promised G-d so many things last year – why bother going to shul?”

What’s the first sign that someone’s a slave? No self-confidence.

Why isn’t Mashiach coming? We’re still a little afraid of it actually happening. On the first day of Pesach a sin offering is brought to ask G-d to forgive us for not bringing Mashiach sooner. We might have, but we were afraid to. Reb Nachman says that you can’t taste the hidden light of the world unless you first get rid of fear, because fear can physically and mentally paralyze you. At the Red Sea we learned not to be afraid and to trust G-d in the deepest way.

What else are we afraid of? To love people can terrify us. The only ones who aren’t afraid are our children. Seder night is the fixing of fear. How do we do it? We make children the center.

In order to sing you must be free. The slaves from Africa used to sing all the time, to let each other know that no matter how much people tried to enslave them, they were still free. Singing comes from the world of freedom.

When you sing, you are telling evil, you have no dominion over me… nothing at all.

Want more inspiration – Other Sites dedicated to Red Shlomo are: