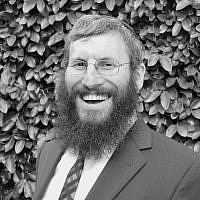 Support Those in Harm’s Way

If you have done this already or not, let friends and family in Israel know that even though we may be far away, we are thinking of them constantly and praying for their wellbeing. Write a heartfelt note and send it on WhatsApp, text or email. Let every friend or relative in Israel know that you are thinking of them. Ask them how they are doing, and how their family is doing. This solidarity is crucial. One might think that a meme on social media helps move public opinion or make Israelis feel safer, but nothing can compare with you calling or texting a personal message or love and support to those you know in Israel.

Send money to help support emergency personnel and those offering assistance to anyone displaced or injured. Magen David Adom and other organizations need our support now to be able to save lives and help those impacted by this violence and bloodshed. My friend Eli Beer at United Hatzalah of Israel told me that a generous family offered to MATCH up to 1 million dollars for every dollar raised from now until Friday May 14th. All donations will go towards helping equip rescue volunteers with new bulletproof vests, helmets, and necessary medical supplies as they put themselves in danger to treat the injured and save lives.

Queen Esther is the role model for how to save Israel and the Jews from harm, and when things look bad. Esther asked all the Jewish people to pray and to fast. After three days of prayers and fasting, she went to the King to stand up for herself and her people. Many of the commentaries teach when the megillah says that Queen Ester approaches the King at the start of Chapter 5, the King Esther approached is God. Esther’s prayers before God are what turned the tide and saved the Jews.

Prayer is a powerful tool at our disposal and our prayers are beloved to God. However, the average person who cares about Israel is not praying that much for Israel. Why? Maybe people have more faith in Iron Dome, or that prayer is abstract, or we don’t see Israel’s situation as truly dire. However, just as everyone asks for prayers when a loved one is in intensive care, we must pray for a peaceful resolution to the conflict so that more innocent people are not harmed or killed. We must pray that Israel’s enemies stop their attacks, and are thwarted in their attempts to cause innocent Israeli’s harm. Use my book Prayers for Israel, or find other psalms and prayers in a siddur, or online. If you can only say one a day, say Psalm 121.

Speak Truth to the World by Personalizing Your Message

Finally, we must stand up for the Jewish people by speaking truth to the world in a way that the world will be persuaded. Esther came before the King and said, “If Your Majesty will do me the favor, and if it pleases Your Majesty, let my life be granted me as my wish, and my people as my request. For we have been sold, my people and I, to be destroyed, massacred, and exterminated.”

Esther personalized the message by telling the King that if he doesn’t act, that she and her people will be exterminated. That powerful message made the usually aloof king very angry, take notice, and act on her behalf. Esther was not asking for the safety of a distant land and people at risk. Esther personalized her message, that she and her family would be destroyed. By telling the world Israel’s story like Esther did, we can earn the sympathy of more people of influence in the world. We will rarely win over the avowed haters of Israel, so don’t try.

When we call our representatives, speak to coworkers, a friend on campus, or an angry relative who blames Israel for all the troubles — tell them a story, our Jewish family story.

My own story is that while my grandparents and some of their relatives had moved to America and Palestine before WWII, most had not and were murdered by the Germans. My mother was named for her father’s sister who was killed in 1941. If there had been an Israel in 1933, my wife’s family in Germany and my family in Poland, would have lived full lives, and had hundreds of descendants. Without Israel, the Jewish people are at the mercy of the world’s evildoers. Without a safe-haven for the Jewish people in a Jewish homeland, the Jewish people will be chased from country to country, hunted and persecuted. “Let my life and my people’s lives be granted, for we have been sold out by enemies to be destroyed,” Esther told the King.

When I reached out to my friends Omer and Avigail in Israel to tell them I am thinking of them and praying for their safety, they wrote back to me, “Thank you Yonah, we are strong.” Then he reminded me of a teaching based on Rav Kook, “The eternal nation is not afraid of a long path.” The Jewish people have endured. We pray every day for redemption and peace, and we also know that in order for the whole world to change, it requires a lot of time, energy and strength.

During times of distress like now, God is asking for us to take action. With these five acts I have outlined, we can help show support for those in harm’s way, protect lives, promote peace, and change the conversation about Israel.

About the Author
Rabbi Yonah Bookstein is an internationally recognized spiritual leader, who combines a deep commitment to Jewish practice and knowledge and a non-judgmental love for the Jewish people, humanity and the world. He is co-founder and Alevy Family Rabbi in Community Outreach of Pico Shul Alevy Learning Center and Shabbat Tent. Rabbi Yonah is the author of Prayers for Israel, and organizes Tu B'shvat Seders on campuses around the world. Rabbi Yonah is a former Fulbright Fellow, completed his MA at Oxford University, and Rabbinical Ordination at Ohr Somayach Monsey, NY.
Related Topics
Related Posts
Comments