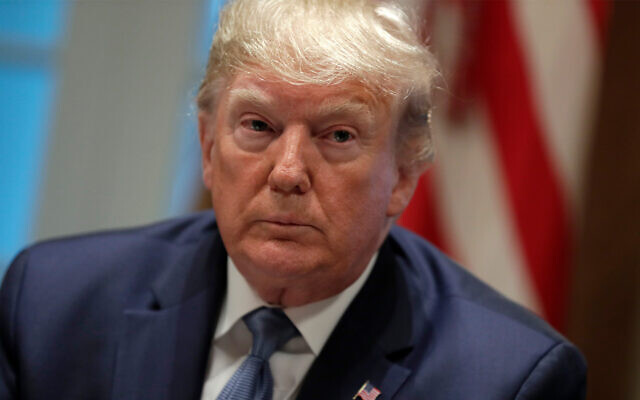 I really do despise the phrase “fake news,” but I’m afraid I must admit that the last 24-hours have been replete with it.  They have been harrowing ones for American Jews who consider themselves, well, American.  Fear-mongering headlines in the press that President Trump imminently planned to sign an executive order changing our official nationality to “Jew” stirred fears within our community that we were all about to be shipped off to a new Pale of Settlement and tagged on our drivers’ licenses as Jews as occurred in Mother Russia.  People scrambled for their passports to make sure they were up-to-date.

“In America, you have nationality.  In Soviet Russia, nationality has you.”

All kidding aside, people have been legitimately afraid of a revival of age-old distinctions of “otherness” that never have served Jews well.  American Jews are American.  We are not Israeli or anything else.  We do not need or want to be tagged as anything else.  The prospect of such labeling revealed deep-seated, generationally ingrained fears of the ghetto, the Pale, the concentration camp.

I find this reaction telling and significant.  In today’s world where Jews are shot in Jersey City while shopping in a Kosher market or stabbed while walking outside of their Monsey synagogue or shot in their Pittsburgh shul while attending a bris, American Jews are on edge.  And not just American Jews.  Jews in France, England, everywhere are tensely watching history repeat itself and dusting off their passports in the event they need to invoke the Right of Return to Israel.

All the more reason we should embrace this executive order’s *actual* content and meaning and not fear it.

So, what does Trump’s feared executive order on anti-Semitism say? Nothing terribly novel.  If anything, it is a reiteration at the executive level of policy and law that already are in effect and have been for quite some time.  It is a reaffirmation that our government expects federally funded institutions and federal agencies to take action where they find anti-Semitism under Title VI of the Civil Rights Act, which prohibits discrimination on the basis of race, color, or national origin and has been interpreted to apply to Jewish students for years.

Nowhere does it say that Jews will be reclassified as a “nationality.”  Jews will be treated the same way under Title VI as they were under President Obama and as they have been for decades.

People – this is GOOD news.  I know we are no longer used to good news, but try to embrace the moment.

The Department of Education has been applying Title VI of the Civil Rights Act to discrimination against Jews for years.  What this executive order on combatting anti-Semitism is doing is telling government agencies to apply the International Holocaust Remembrance Alliance’s definition of anti-Semitism when invoking Title VI.

And what is special about that definition?  It states that, “Antisemitism is a certain perception of Jews, which may be expressed as hatred toward Jews. Rhetorical and physical manifestations of antisemitism are directed toward Jewish or non-Jewish individuals and/or their property, toward Jewish community institutions and religious facilities.”

Is this novel?  Not terribly.  The significant element of this *non-legally binding* definition lies in the examples it lists of modern-day anti-Semitism which include, among others:

Thirty-three countries around the world, including the U.S., have endorsed this definition of anti-Semitism.  In fact, a bipartisan Congress adopted very similar language in the Anti-Semitism Awareness Act of 2016.

What is the purpose behind this seemingly superfluous order?  The order highlights the rise of anti-Semitic acts on university campuses in recent years and makes it easier to combat the Boycott, Divestment, and Sanctions movement’s anti-Semitism.

How does it do that?  Promoters of BDS have mastered the art of masking anti-Semitism as anti-Zionism.  The intellectually honest know that, as commonly practiced in real life, this distinction is fictitious and that many anti-Semites are getting away with persecuting Jewish students and Jewish student life through semantic acrobatics.  They argue, “We are just talking about Israel, and not you as a Jewish individual.  But if you acknowledge Israel’s right to exist you as an individual are no longer welcome here. In fact, you may be a Nazi.”  In reality, the double standards, the collective punishment of all Jews as assumed Zionists, calling Jews Nazis, using swastikas to characterize Israel as a Nazi state, claims of dual loyalties – these all fall under the rubric of anti-Semitism.  And universities have been letting these incidents slide for far too long, often claiming that acts of hate are acts of free speech.

The executive order spells out an expectation that government agencies recognize these acts as acts of anti-Semitism to be dealt with under Title VI as any other act of discrimination and hate would be.  The President is saying that federally-funded institutions may not play this game of semantics anymore and thereby excuse blatant anti-Semitism.

I, for one, welcome this statement as *actually written* and hope that it leads to a more tolerable Jewish existence on American university campuses in the future.