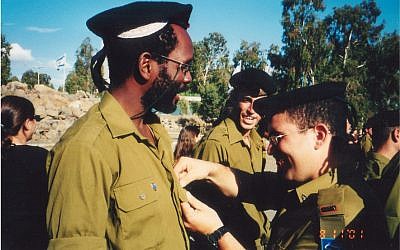 I am a California attorney and military veteran. I recently announced I am running for the Senate seat that is opening up in 2024 with Senator Dianne Feinstein’s possible retirement.

My announcement has drawn interest from both Democrats and Republicans because I served on the staff of Governor Pete Wilson, a Republican, and Senator Barbara Boxer, a Democrat.

I am military veteran who served in the Israel Defense Forces, United States Air Force, and in the United States Army where I earned the National Defense Service Medal after 9/11. I am a member of the American Legion veteran’s organization.

My announcement establishes an early dominance in the 2024 race and discourages any potential contenders.

I am launching my campaign to represent the people of California in the United States Senate. I will be a fighter for working class and middle-class families who are feeling the pinch of stagnant wages, inflation, and diminishing opportunity. I will be a fighter for our children who deserve a first-class education. And I will fight relentlessly to reduce crime and homelessness.

I am a graduate of the University of California, Hastings College of the Law which is the same law school attended by Vice President Kamala Harris. It is the oldest law school on the West Coast.

Washington needs to be shaken up and we need champions who will fight for the next generation. I have extensive experience in both the Democratic and Republican parties. I will unite the people of California and build prosperity for all under my campaign slogan: California Strong.

I am a member of the Republican Jewish Coalition (RJC), and I am a past member of the World Jewish Congress (WJC). I have a long history of activism in Jewish communities.