About three months ago, I was sitting in my classroom in IDC waiting for the professor to arrive, when an engaging conversation developed between my friend Amanda and I. Although it did not take long for the conversation to take a turn towards the topic of the Israeli-Palestinian conflict, it would be one of the few talks that I have had on the matter which have radically shifted my opinion. As Amanda explained, the growth of anti-Israel groups on college campuses such as BDS and JVP (Jewish Voices for Peace) has and still does place significant obstacles for Israel advocates.

I refused to accept the tactic of engaging these hateful groups, as a method of depriving them of any legitimacy whatsoever. In other words, ignore the bully and he will go away. I have been involved and engaged with the Israeli-Palestinian conflict for the past decade. My opinions on the conflict itself have remained intact and if anything strengthened, but I promised Amanda I would try a new approach of engaging my audience. About a month later, I would have the opportunity to do exactly that. 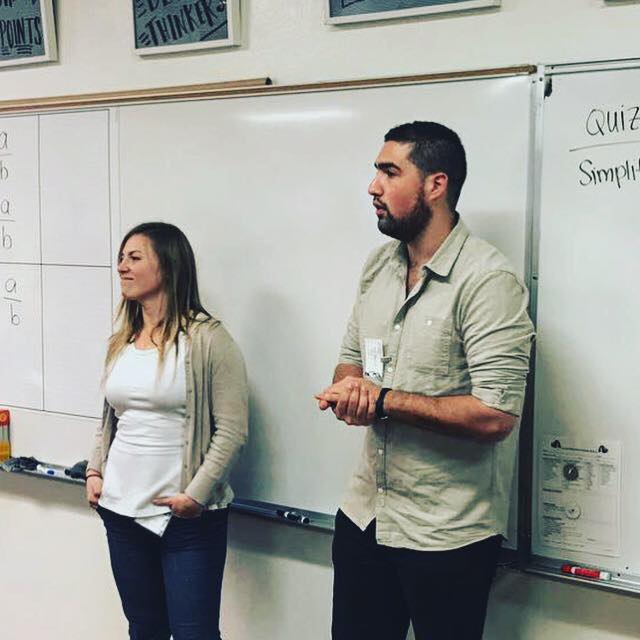 I was approached by an organization called Reservists on Duty, who focuses on sending out delegations of former IDF lone soldiers to speak about their experiences in the military, and as current Israeli civilians living in the epicenter of the conflict. The organization focuses on combating hateful organizations who seek to undermine any future peace agreements between both sides through delegitimizing the State of Israel and dehumanizing the soldiers of the IDF. Reservists on Duty has done an incredible job in engaging in advocacy using facts supported by real life stories of soldiers who have experienced it all.

I was given the task of leading a delegation of four soldiers to Los Angeles to speak in three different universities, three different high schools, and a local Jewish community. My delegation was composed of: Rebecca Gerger (veteran soldier in a joint male-female combat soldier), Solomon Elguera (veteran combat soldier in Kfir, and currently living in Hebron), Max Bernstein (veteran combat soldier in the IDF’s Paratroopers), and lastly Dor Amira (Hebrew instructor for troubled soldiers in the IDF). After having barely slept for two days, we would speak in eight different events in a span of 72 hours. We met strong and determined students who supported Israel, we met hateful individuals who wanted to push Jews into the sea, but most importantly we met the misinformed and uninterested public. This last category describes about 85% of the population of students on college campuses.

Most students simply do not know about the Israeli-Palestinian conflict or they do not care. Once we could speak to these students and address the misconceptions that they had acquired regarding the conflict, it opened my eyes to all the work that has yet to be done. Our delegation heard all kinds of absurd comments such as: “Doesn’t Israel fund Hamas in order to abuse the Palestinians in the Gaza Strip?”, or “I thought Benjamin Netanyahu is wanted for war crimes in the International Criminal Court”. It took me a bit of time to understand that these comments are not hateful, they are just absurd and derived from misunderstandings. These were the students we were after. Not to brainwash them, but to show that Israel is not another North Korea in the Middle East. 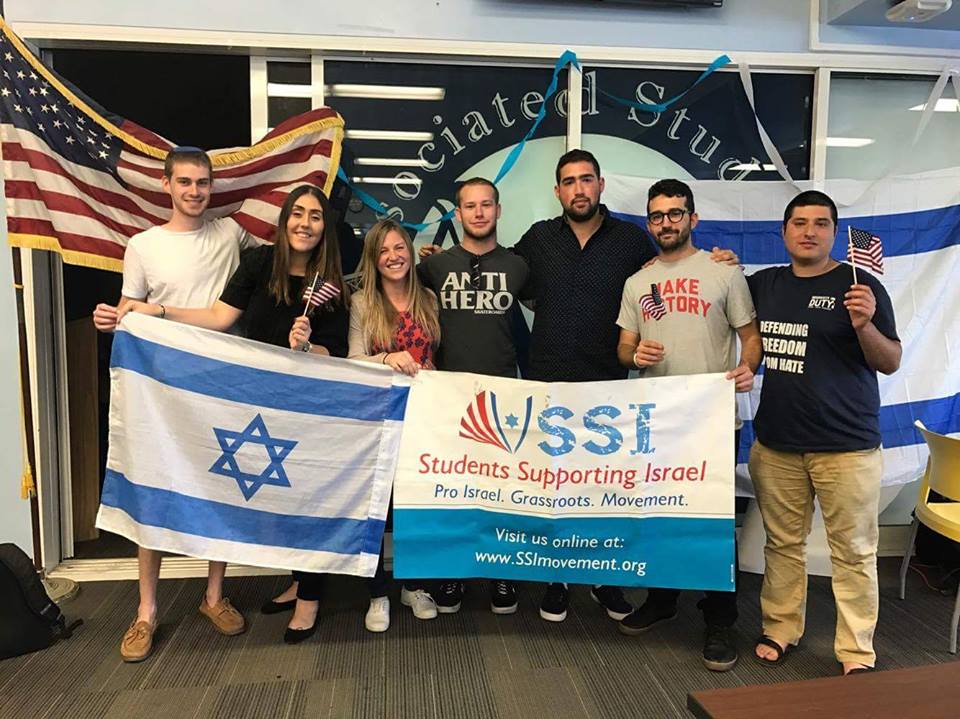 Joint event in Santa Monica with Jewish US Marine Vet

When speaking at our last event in Chapman University, members of these hateful anti-Israel groups passed through our table, and refused to talk. Even as one of the members in our delegation calmly expressed: “I am pro-Palestinian, are you?” Nothing. All we received in return was a Nazi salute. Throughout every speaking event that me and my delegation had, we made it an absolute goal of ours to explain to the audience what the ultimate goal of organizations such as BDS are.

Their aspirations include the tearing down of any future peace talks between the Israeli government and the Palestinian Authority. They focus on destroying the Israeli economy, not boosting up the Palestinian one. They make a point of singling out the only democracy in the Middle East, rather than condemning Syria for carrying out the most horrendous catastrophe of 21st century with over half a million-people murdered at the hands of a tyrannical regime.

Before I left Israel to embark on this journey, Professor Alan Dershowitz explained to me: “The essence of successful advocacy is determinant on avoiding the need the defend and excuse all of Israel’s actions, rather explain that Israel makes mistakes and confronts the same issues that nations all throughout the world face. Therefore, our mission should be not to claim Israel is always right, but to break the obsession that the international community has when it comes down to singling out the State of Israel.”

This year’s Gideon Project, founded by the organization Reservists on Duty, has allowed for students not only in Los Angeles, but all throughout the United States, to hear incredible stories from soldiers who were on the ground and who deal with the challenges of the IsraeliPalestinian conflict on a day to day basis. As far as my delegation, we impacted our audiences with incredible stories ranging from women in combat to the obstacles that Jews face in the West Bank. I had the amazing opportunity to take part in this meaningful, dynamic, and prominent organization that allowed me to lead a team of some of bravest and most honorable people I have met in my life.

The future for this organization is nothing short of bright and promising. In closing this amazing journey, I leave you with the same phrase I closed all our speaking events with. Settlements are not an obstacle to peace, neither are the thousands of rockets aimed at Israel from all directions, nor is it the security barrier in Jerusalem. The core of the conflict is education. As Golda Meir stated throughout her term as Prime Minister of Israel: “Peace will only be achieved when they love their children more than they hate us.” Thank you, Reservists on Duty for this incredible opportunity, to my team for the hard work and contagious motivation, and to Amanda. 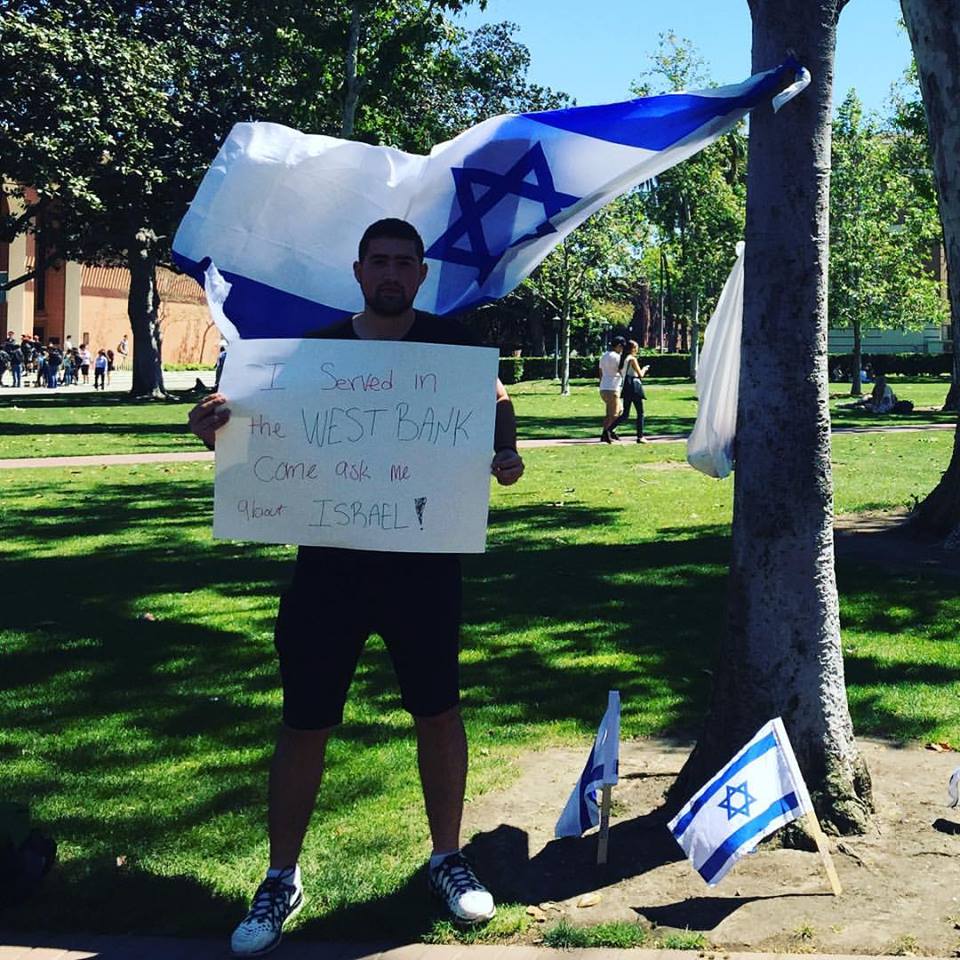 Explaining to students the conflict beyond the Green Line
About the Author
Jonathan Michanie was born in 1993 Buenos Aires, Argentina. He lived in Miami, Florida where her completed his undergraduate degree from Florida International University in Political Science, with a focus in Middle Eastern Affairs. Former combat paratrooper in the IDF and holds an MA in Diplomacy and International Security from IDC Hertzeliya.
Related Topics
Related Posts
Comments