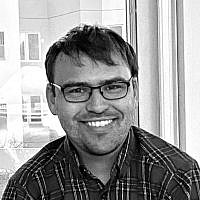 I would like to preface this article by saying that if I were advising the Israeli Prime Minister on China, I might give different advice than the advice he is being given. Right now, China has been credibly accused of committing genocide and is currently locked in a power struggle with our best friend, the United States. However, like most of the non-disability-related blog posts (remember, disabled people, can be experts in international relations fields that have nothing to do with disability) I will write for the Times of Israel, I will attempt to give my interpretation of why Israel is taking actions regarding Asia and the arms trade that seem to be counter-intuitive or amoral. This is because I believe that my academic and professional background in those topics (although I am early in my career, there have been people with fewer qualifications than mine publishing on similar topics) would make me more useful in explaining why Israel does something as opposed to writing another op-ed on top of the 5 or so other op-eds criticizing an Israeli policy that might be hard to justify to some pro-Israel people and be a bonanza for people who do not support Israel. I believe our relations with China are one of those topics.

The main thing that Israel bases as the justification for its close relationship with China is money. China has vast quantities of money to spend, and China can make people very rich. For example, a good chunk of the recent improvements in Israeli infrastructure over the past few years have been funded with Chinese money or built by Chinese companies. These include the Carmel Tunnels, the train line to Karmiel, the Tel-Aviv Light Rail tunnels, the port in Ashdod, and the new port addition in Haifa. If one considers how quickly these things were built compared to the Russian-Israeli-built Tel-Aviv to Jerusalem railway, the difference speaks for itself.

Additionally, the next area that money goes into China-Israel relations is the area of investment in innovation. The Chinese and Israeli economies have been seen as complementary to each other. China’s economy is very focused on making things and Israel’s economy is focused on innovation. As a result, it makes sense for the Israeli economy to have investment and business deals with Chinese investors because those deals offer big money with huge growth potential. This growth potential is especially targeted in artificial intelligence, medical technology, robotics, and food tech. China also offers huge donations to Israeli institutions and a steady stream of students to those institutions who are willing to pay for Israeli university education. As a result, Chinese money has given a good chunk of start-up money to the Start-Up Nation.

The third area which Israel views Chinese money as useful is trade. After Israel was isolated by China for decades, with China funding the PLO before the west even knew about the PLO, trade with China has been seen by Israel as another reason why Israel should develop closer relations with China. This trade is in part due to the fear of BDS, which has been rampant in the west, but not as much in China. However, the trade with Israel is rather substantial. In the first 25 years of Israel-China relations, trade grew by 200%. While the bulk of Israeli exports to China consists of Intel chips being shipped from Israel, Israeli imports from China consist of various types of goods that Israel uses in its daily modern existence. When Netanyahu visited China in 2017, he inked 25 billion dollars worth of goods during that 2017 China trip. While Israel has been forced by the United States to stop its sales of arms to China, which has hurt China-Israel relations, Israel has been accused of every once in a while, selling dual-use technologies to China. Additionally, the prevailing discourse in the Israeli government is that our ties with China and America are not mutually exclusive. Considering that twice as many Israelis view China positively as there are Israelis who view China negatively, this policy stating the non-mutual exclusivity of Israel-China and Israel-America ties seems to have been accepted by the Israeli population as a whole.

In conclusion, while I might give the Prime Minister different advice on how to handle our relationship with China, China is a country that Israel will have to deal with. Israeli officials refuse to cut off contacts with a company that does business on American soil because America doesn’t want Israel to do business with said company. However, this dalliance with China runs a risk of getting Israel in trouble with the USA and a lot of bad press that it has to deal with, just like how Israel got way too close to Apartheid South Africa. However, these risks and concerns seem to have no impact on Israeli policymakers.

Ryan O’Connor contributed to this article

About the Author
Paul Weisko is an autistic Israeli-American oleh and has substantial academic and work experience on the topics of Asian Security, Israel-Asia Relations, and Israeli arms sales.
Related Topics
Related Posts