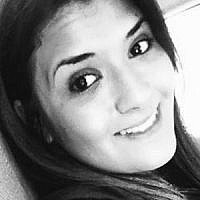 The Blogs
Angelic Shavit
Apply for a Blog
Advertisement
Please note that the posts on The Blogs are contributed by third parties. The opinions, facts and any media content in them are presented solely by the authors, and neither The Times of Israel nor its partners assume any responsibility for them. Please contact us in case of abuse. In case of abuse,
Report this post.

I heard we, Israelis have a lot in common with Palestinians. I heard they also enjoy guests, and having big family dinners. I heard they take it personally if you don’t eat at their tables, and no it doesn’t matter how many times you say you aren’t hungry (something we all know is true since our grandmothers do it constantly), I heard we like the same food, enjoy similar music, are both excellent farmers, and that we’re both very hard workers. My grandpa always tells me about his days working in the fields growing vegetables, flowers, whatever he could for money. I think the man could do anything you told him to if he knew that’s what he needed to do to put money on the table. I heard Palestinians are similar.

With all the craziness this week, I joined the Rabbis for Human Rights who help Palestinian families pick olives starting from the first rain after the summer. A family, including cousins, aunts, uncles, children, and grandparents have owned this piece of land that grows beautiful olives for many years. Let’s put it this way, the grandpas grandpas grandpa, was also once picking olives from these damn trees. Maybe it was with Jews, maybe without- but I’m sure they are smiling up above. At first I was confused as to why these people needed my help. I mean, after a couple hours I gotta admit, I am a kickass olive picker, but let’s be honest… I’m not the best at this profession and I probably shouldn’t consider making a living off of it. So why did they want ME there? As soon as we arrived, I realized. Settlers watch them, throw stones, harass, sometimes have even beaten them, when they come alone. We are a type of ‘human shield’ to the Palestinian farmers, allowing them to do their job, make the only earnings they can, and I mean if we’re already there, might as well pick some olives right? 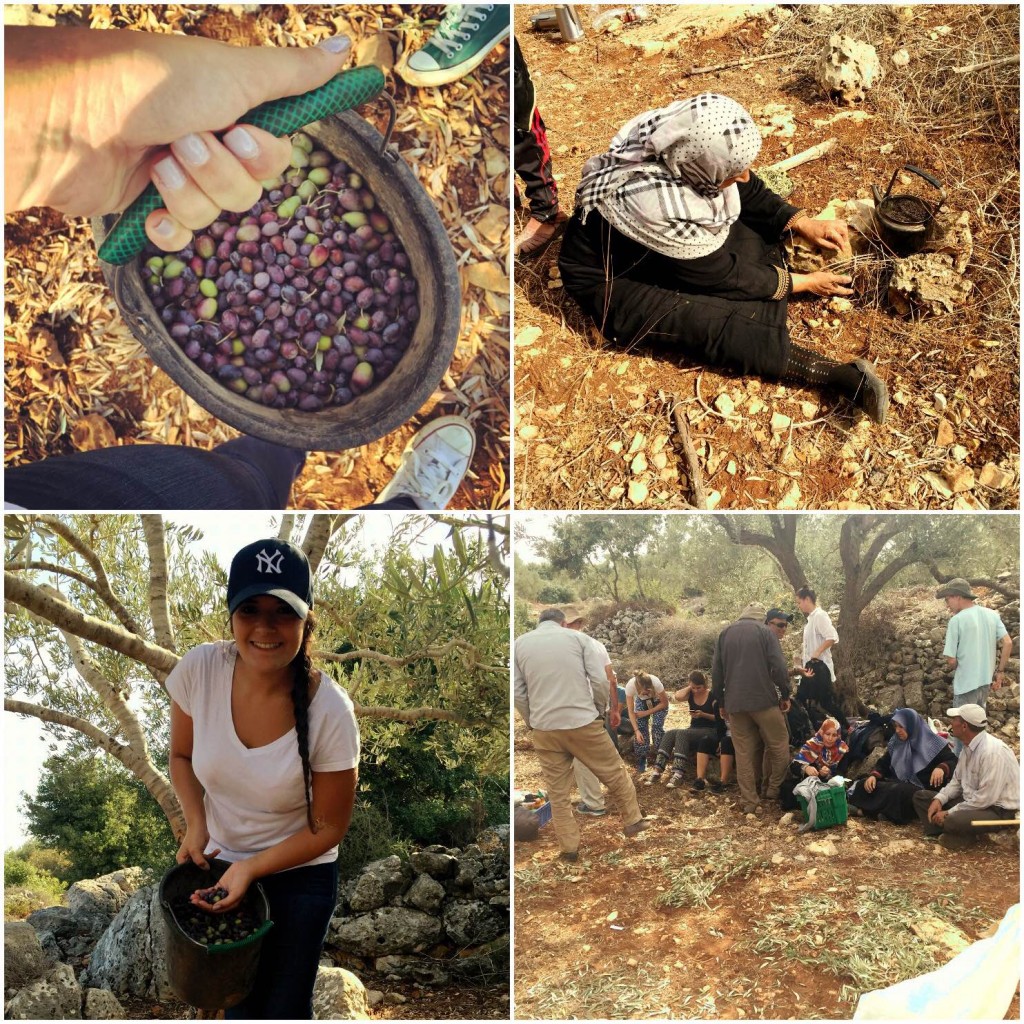 It was amazing to see how they are not connected to the conflict. They could care less who is Prime Minister, or what he said about Arabs. To them, life is about living. How to make money, and keep your family together. They have cell phones that still have 3 letters on each number for 123 texting, no cars only tractors, and their 8 year old son loves to play soccer, not watch it since he doesn’t have a way to do so. It was incredible to meet these people and see how they live. They want peace simply because they don’t want the settlers to bother them for the 2 months they need to pick their olives. Whatever Abbas or Bibi say is irrelevant to them so long as it doesn’t interfere with the way they make their livings. I also learned that olive trees have a slow growth and therefore are considered ‘peace-time trees.’ So to the farmers and their families, war is the worst thing that could happen to their trees.

Today, I noticed how similar we were. How many times I had to stop and drink tea, how they wanted us to ride the tractor instead of hike with them for 20 minutes up the hill, how they insisted I stay for dinner tonight, how they continued to bring me food every time I finished what was on my plate, and how they simply wanted to live together, peacefully, picking their olives, with no one bothering them. Today, I became a kickass olive picker, but we all know that’s not why I was there.

About the Author
Angelic is originally from Brooklyn, New York. She lived in Israel for 7 years to serve in the IDF. She received her BA in Government, Diplomacy and Strategy in Israel and her MS in Cybersecurity at Fordham University.
Related Topics
Related Posts
Angelic Shavit
Comments