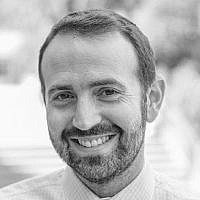 The Blogs
Aaron Finkelstein
Rabbi, educator, amateur baker & lifelong learner
Apply for a Blog
Advertisement
Please note that the posts on The Blogs are contributed by third parties. The opinions, facts and any media content in them are presented solely by the authors, and neither The Times of Israel nor its partners assume any responsibility for them. Please contact us in case of abuse. In case of abuse,
Report this post.

For the last few years before Covid, part of my role as a school rabbi was offering learning opportunities for parents. I’ve offered classes/shiurim after morning drop off, a club for parents and children to practice putting on Tefillin, and even a scotch and steak night to prepare for the Pesach Seder (that one was especially popular, though maybe not because of the learning). Regardless of the program, there was something wonderful that happened when I would pull parents into the school: they become learners themselves, remembering that their child’s Jewish education is a complement to their own.

Understandably, parent programming is one of the many things that have been put on the back burner during Covid, as we prioritize student learning and safety in our current context. Such a pause has given me the change to reflect on the bigger question at hand, behind all these programs: Should a school be in the business of educating adults in addition to its students?

For a long time, efforts at ongoing adult education have largely been the project of synagogues, rabbis and larger communal institutions. As a former pulpit rabbi, I believe deeply in the power of learning and cherish the time spent learning with congregants and offering classes. Such offerings represent an incredible opportunity to connect with people while exploring Jewish ideas and tradition in a serious way. Federations and JCCs have long provided ongoing educational programs while more recently, organizations like Kevah, Pardes or Hartman have also brought together numerous people for deeply enriching learning.

In schools on the other hand, the focus is entirely on the kids and the very real work of learning, teaching and ultimately transmitting values. However, I want to suggest a somewhat counterintuitive argument: by expanding this educational focus to include the adults in the school (parents, teachers and administrators), we can create a stronger school for our kids. Here’s why.

Modeling is fundamental to learning. Kids learn not just by reading and thinking, but also by observing those around them, especially the adults they interact with. The best schools and classrooms are ones where the instructor is not just dispensing information; rather, they too are engaging with the material, thinking about it in new ways, reflecting on their craft and pedagogy. Great educators are themselves learners, in the classroom and beyond.

What’s true for teachers is true for the other adults in an educational institution as well. Who wouldn’t want their CFO continually learning and becoming a more effective team member, bringing in new ideas and strategies to help the organization?! Jewish organizations are fond of talking about “instilling a love of learning” or the value and importance of “life-long learning”. If Talmud Torah [learning] is truly a Jewish value, then this value should be lived and modeled by the adults running the institution as well.

Which brings us to the parents. There many reasons to try and engage parents in ongoing learning, some pragmatic and some ideological:

First, robust offerings for parents strengthens the relationship with a school. Ongoing learning opportunities offer additional touch points with teachers and administrators, giving (hopefully) a positive feel and sense of connection, especially in a larger institution. Suddenly, in addition to the millions of emails about medical forms and athletic programs, parents themselves have a chance to talk with the people charged with their children’s education. They can get to know one another, which is especially important before an issue arises. Relationships helpfully gum up the wheels of assumption and distrust that spin ever faster these days. It’s harder (though unfortunately not impossible) to yell at someone or send a nasty email if you just had a fascinating conversation the night before about medical ethics or the history of jazz.

Although I’m not directly involved in fundraising, I would also assume that parents that are more involved in the school tend to give more on average than those who are less present. So, for a marginal increased investment in time and resources (the main costs being marketing and time of the facilitators), a successful educational program could yield great benefits down the line.

More than being role models or good for the annual campaign though, there is another reason to offer serious adult education in the context of a school: it builds community.

Parents sending their kids to a school are engaged in the shared project of educating their children and equipping them to live Jewish lives. Give parents opportunities to connect with others who have made similar choices with similar values. Let the school be a place that cares about not just their child but them as well.

We recently celebrated Tu B’Shvat, a holiday that has been often reduced to singing children’s songs and eating dried fruit. However, Tu B’Shvat fundamentally is about the power of growth. As Rashi famously taught, it marks the moment – even in the dead of winter – where the sap begins to rise in the tree. Our rabbis taught that human beings are like the trees in the field (Devarim 20:19). We each have sap within us, and the capacity to continually grow and learn.

There’s no greater model of adult learning than Rabbi Akiva, who according to tradition (Avot D’Rebbe Natan 6:2) knew nothing at age forty. After an epiphany, we find him engaging in literal adult education:

He immediately went to start studying Torah. He went with his son and they sat down by the schoolteachers. He said to him: Rabbi, teach me Torah!

Let us follow Rabbi Akiva’s example and share the bounty of learning that happens in our schools, both Jewish and secular, with parents and families as well. Our kids will benefit, our schools will grow, and so will we.

About the Author
Rabbi Aaron Finkelstein teaches Jewish Studies and serves as a rabbi at Milken Community School. He received semikha [rabbinic ordination] from Yeshivat Chovevei Torah and was the founding rabbi of the Prospect Heights Shul. He has taught in Jewish day schools in Brooklyn and Nashville and was a fellow in Yeshiva University’s certificate program in Experiential Jewish Education. Rabbi Finkelstein is an avid cook and baker, loves basketball, puttering in the kitchen and playing with his daughter Yara.
Related Topics
Related Posts
Comments 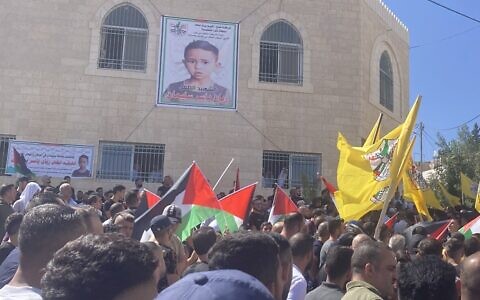 At funeral for boy allegedly scared to death by IDF, an outpouring of grief, anger
Jack Mukand and AP 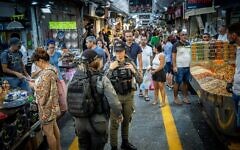 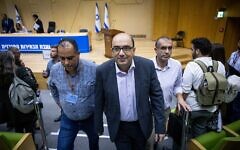