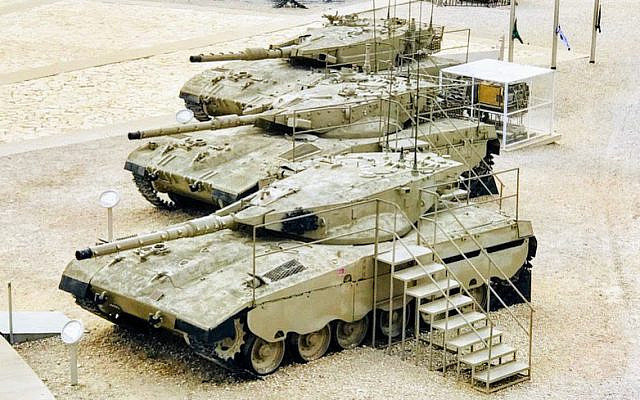 It takes both faith and fight to defeat Israel’s enemies. As we see in this week’s Torah portion, Beshalach, Israel defeated arch-enemy Amalek, when Moses raised his arms beseeching Hashem for help, and when Joshua led our army against them.

Amalek is and always has been an existential threat to Israel. 3,300 years ago, they first tried to wipe us out, on the way out from Egypt, in the Dessert. We were a ragtag group of former slaves, but we had no choice but to win or be forever expunged from history. Unfortunately, this isn’t a one-time fight, but “Amalek is from generation to generation,” (Exodus 17:16), and we must continue to not only have faith and fight, but to prevail against them each and every time. This Biblical lesson is embodied in Israel’s modern military doctrine that they cannot afford to lose a single war, Israel must win every war! Losing, just once, would most certainly mean another unthinkable Holocaust of every Jewish man, woman, and child there.

On October 7, 1973, the second day of the surprise Yom Kippur War, when the situation looked absolutely dire for the fate of the country, Israel’s Defense Minister, Moshe Dayan warned of the possible destruction of the “Third Temple,” a reference to the end of the modern State of Israel. Thanks to G-d and the Israel Defense Forces, we were able to miraculously turn the tide, although at considerable loss of life and limb to our determined, heroic soldiers.

Throughout the modern day history of Israel, we see what the risk of losing would mean to Israel. First, in the Arab riots prior to Jewish statehood, such as in the August 1929 massacre of around 69 Jews in Hebron, there were horrible atrocities and mutilations committed to the Jewish victims and this continued in vicious rampages for almost the next 20 years. These acts were inspired by the likes of the Grand Mufti of Jerusalem, Amin al-Husseini, who promised the Jewish scalps, plunder, and women in Palestine to the marauding Arabs, while at the same time, he collaborated with Hitler’s Final Solution for the end of the rest of the Jews worldwide.

Then during the War for Independence and subsequent wars for Israel survival, the lone State of Israel had to ward off multiple invading armies from the surrounding Arab states. Further, in an ongoing war of attrition and amidst calls for Jihad and martyrdom, a Palestinian reign of terror against Israel saw airlines, pizzerias, discotheques, Passover Seders, Olympic athletes, and even school bus children as “fair game” for their indiscriminate and blood-thirsty murder spree across Israeli civilian society.

Despite their superficially stated aim for statehood, the Palestinians have numerous times rejected a two-State solution, including at Camp David in 2000, where they were offered nearly all the West Bank and Gaza as well as sovereignty over East Jerusalem, but instead they chose another Intifada and ongoing waves of terror from homicide bombers, rockets, and terror tunnels amidst calls “to slaughter and kill them all” and to liberate the land from “the river to sea.”

Moreover, these calls for the extinction of the Israel has come not only from the Palestinians, but also from rulers of major Muslim nations, such as President Nasser of Egypt in May 1967 who said, “Our basic objective is to destroy Israel” to just this last week, the Iranian Armed Forces spokesman who threatened “to level Haifa and Tel Aviv,” major Israel civilian population centers, presumably by nuclear weapons that Iran has been rabidly pursuing for decades.

From Amalek to Iran, Israel can never be caught off-guard again and this means both operationally as well as from mistaken assumptions and thinking. Operationally, we need to always have the best technology, intelligence, planning,  and training, as well as continually test those with Red Teaming to simulate enemy attacks and our readiness to counter with winning defensive and offensive operations. Moreover, we need to be on our guard in our thinking, as former Prime Minister Ehud Barak says in his book, My Country, My Life, that when he became head of Aman (Defense Intelligence), he sought to address the problem of misperceptions, overconfidence, and groupthink by strengthening “a unit whose sole function was to play devil’s advocate.”  They would begin “with the opposite conclusion, and through a competing analysis of data and logical argument, try to prove it.”

Thus, we must be ready to defend ourselves: operationally and mentally, but also as we learned from Amalek, ultimately through our faith. Just as when we left Egyptian servitude, we defeated Amalek through a combination of our faith and fight, so too we will be successful in defeating those that threaten the modern State of Israel. Like Moses we all must turn to Hashem, and like Joshua, the Israel Defense Forces must stand ready to defeat all our enemies, as many times as it takes, to achieve a secure and lasting peace.