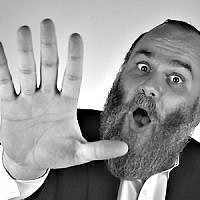 The Blogs
Michael Chighel
Dean of the Ashkenazium
Apply for a Blog
Please note that the posts on The Blogs are contributed by third parties. The opinions, facts and any media content in them are presented solely by the authors, and neither The Times of Israel nor its partners assume any responsibility for them. Please contact us in case of abuse. In case of abuse,
Report this post. 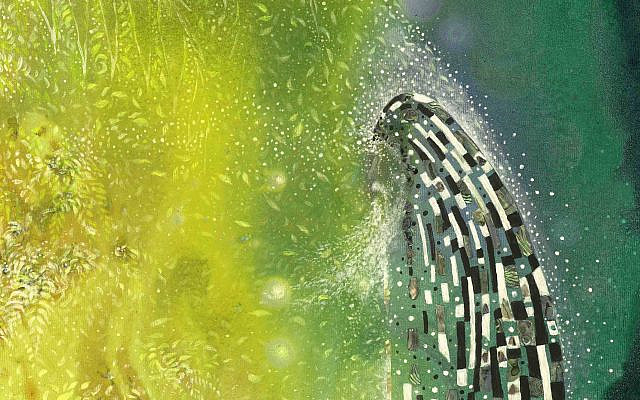 Since good titles are often provocative, the title “Faith is Idolatry” may perhaps be pretty good as far as titles go, but it may also give the impression of being provocative just for the sake of being provocative. So a potential reader who is like a smart fish, a fish who is always on the alert for lures on the end of fish-hooks, will have already left the page.

Or do I mean the title quite seriously, quite simply? Do I mean actual faith by the word “faith,” and actual idolatry by the word “idolatry,” and do I mean that the former is actually a type of the latter, that faith is in actuality kind of idolatry?

The answer is, Yes, I do in fact mean just that. I mean it seriously and simply. My serious, simple proposition, “Faith is idolatry,” is simply based on a serious philosophical examination of what these words mean.

Let me begin with the word “faith.” And I will here speak from my own average life and experience. This word “faith” is one that I heard as often as any secular Jewish child heard this word growing up in the 70s and 80s in Toronto. Our home was by no means a “frum” one. So neither the word “faith” nor the Hebrew word emunah ever came up. “Faith” is a word that I heard, now and then, in discussions in English literature class at school, or on television. In fact, it was specifically during the month of December that the word came up with any noticeable frequency. That’s when I would hear it again and again on television, in various Christmas movies like “A Christmas Carol” and “It’s a Wonderful Life.”

As it happened, these Christmas movies proved to be an important preparation for my eventual encounter, during my second year of undergraduate studies at the University of Toronto, with a philosopher who became a favorite of mine. I mean the Danish Protestant thinker Søren Kierkegaard. It was in a class (taught by a Jewish professor, of course!) on Kierkegaard’s 1843 book Fear and Trembling that I first had to grapple with the word “faith” in a very serious and philosophically sophisticated manner.

Fear and Trembling is an exquisite “perush” on the Akeida. Kierkegaard reads Genesis 22, the story of the Binding of Isaac, as an exemplary tale of faith. God asks Abraham to sacrifice his son on Mount Moriah. And the absolute grotesqueness of this request obliges Abraham to ask himself, in fear and trembling, whether he “believes in God” strongly enough to carry out the divine request. Kierkegaard makes Abraham question his own sanity: “Maybe I am hearing voices? Maybe I just need a good shrink?” Abraham knows there is no rational basis for believing in God, at least not in a God who can make such wild requests. And consequently Abraham is compelled to make a leap, to jump over reason, to jump beyond reason. It is to Søren Kierkegaard that we owe the popularity of the expression, “a leap of faith.”

At the time, I found Kierkegaard’s approach to faith profound and awesome, but also profoundly and awesomely insane. Much like a Kafka story. It sounded in my ears like the laughable phrase attributed (falsely, as it turns out) to the ancient theologian Tertullian: credo quia absurdum est, “I believe because it is absurd.” But at the time — it was during the same year as an undergrad that I had a conversation with a rabbi for the first time in my life — I found myself having to agree with Kierkegaard that the alternative to faith, namely a rational approach to religion, was much worse. In my “Philosophy of Religion 101” course, we had examined all the celebrated “proofs for the existence of God”: Anselm’s Ontological Argument, the Argument from Cosmic Design, etc.. All these arguments left me cold. As if God were some great Hypotenuse whose magnificent dimension had to be calculated by measuring the squares on the other two sides of a triangle.

During those years, I also briefly joined a yeshiva program for Baalei Teshuva in Jerusalem, where they wanted me to start the curriculum with an introductory course that went through all the proofs for God’s existence, and the proofs for the Torah. I told them: “If you make me take this course, I will lose any emunah that I already have. And I have very little as it is.” I explained that I found all these rational proofs for God’s existence irritating because in my philosophy courses we had also diligently examined all the classical refutations of the proofs. So the proofs could not convince me of anything. But it was only years later that I realized why I found the proofs not just unconvincing but also downright irritating. They irritated me because I felt, instinctively as it were, that any attempt to prove God’s existence constitutes an insult to the very notion of God. Even if God didn’t exist — God forbid! — this was certainly not a God with an existence worthy of demonstrating.

To put it in simple Torah terms: a proof for the existence of God is already idolatry. It is idolatry quite simply because in setting out to find such a proof, one already begins by placing God below the Proof. One makes the Proof the greater divinity, a greater divine power to which God must answer if He wants to exist. One rigs the situation in such a way that God needs permission from the Proof in order to exist. This is idolatry.

And faith? Isn’t faith supposed to be the very antidote to such a rationalist form of idolatry? If, instead of wood and stone and gold, Proof and Reason are used as raw materials from which to construct idols, isn’t faith the one and only way to get around such idolatry?

As Maimonides explains in the Mishneh Torah, idolatry does not mean worshipping nonsense. Idolatry means worshipping the true God but with the use of a mediator or a medium to get to God. If one uses either reason or faith to get access to God, this is idolatry.

When I hear this kind of explanation (which I used to give myself) for one’s lack of “faith,” I imagine someone saying: “I don’t know if my wife exists. She asked me to take out the garbage. But how can I take her seriously? Why should I listen to her commandments? Shouldn’t she first prove to me that she exists?” No one says this, of course. At least not anyone who is compos mentis. No husband really needs a proof of his wife’s existence. By virtue of being married to her, he already has a relationship with her. There is no need to establish a relationship. There is only a need to be a good husband and take out the garbage. But with God! Ah, with God things are otherwise! Why would one listen to God if the relationship is not even there to begin with?

This brings me to the crux of the matter. In the final analysis, everything depends on establishing and building a relationship with God. This is not done through proofs or leaps or any acrobatic feats of the mind or the heart. Like with a human relationship, a relationship with God is something that needs to be developed over time, slowly and carefully and with goodwill. And it is a development that begins with listening and talking. With communication. How does one listen to God? By reading His Torah. How does one talk to God? By praying and by davening.

“Okay, but what if I do start reading the Torah and I do start praying to God, and yet nothing happens? What if the relationship never develops? How can God possibly become real for me just through reading and praying? Just reading a book doesn’t prove the book is true! Just praying doesn’t prove that anyone is actually listening!”

To this objection, alas, there is no reply. There can be no reply. There should be no reply. There is simply no way to force someone out of atheism. The great Jewish philosopher, Emmanuel Levinas, said that atheism is truly a beautiful miracle. As he writes in his 1961 book, Totality and Infinity: “It is certainly a great glory for the Creator to have set up a being capable of atheism, a being which, without having been causa sui, has an independent view and word and is at home with itself.” The possibility of atheism is part of the divine plan. Atheism is not an accident, an embarrassing flaw in the plan. Does the God of Moses ever ask the atheist to “snap out of it,” as if atheism were a bad mood? The God Who gave Moses a book to pass on to the Jewish people makes a much simpler request. Simply: “Please read this.”

It is only by reading the Torah, by sitting in God’s classroom as God’s pupil, that any kind of relationship with God can be built. And once the relationship is built, to be sure, all kinds of issues arise regarding how exactly one can trust God when He makes this or that claim, this or that request. For example, when God asks someone to sacrifice his child on a mountaintop, the question of trust certainly does arise. And this is very much the question of emunah. This Hebrew word means trust. It has the same root as the word amen, “I trust that what you say is true.” But while “faith” is supposed to establish a relationship, emunah only begins after the relationship is already there. Likewise, when my emunah is weak, when I distrust God, I can only do so because I already have a relationship with God. To have a weak emunah in God does not mean to doubt His existence. One can only doubt God’s existence because one has never opened up the Torah and read it, read it slowly, carefully, attentively, thoughtfully, with goodwill, even critically and skeptically, but at least and above all, regularly. With at least the same diligence that one watches one’s favorite Netflix series.

About the Author
Michael Chighel earned his Ph.D. in philosophy from the University of Toronto for his dissertation on the Book of Job. In Canada he taught in the departments of philosophy and of Jewish studies at the universities of York, Queen’s and Waterloo. There he also produced and hosted "Passages" and "Messages" for eleven seasons on Canadian television (CTS). From 2008-2015 he held the Rohr Chair of Jewish Studies at the Lauder Business School in Vienna. From 2015-2020 he produced video series for Chabad.org, including "Your Backstory" and "Parsha Perks." Among various publications, his most significant to date is "Kabale. Das Geheimnis des Hebräischen Humanismus im Lichte von Heideggers Denken" (Klostermann, 2020). Presently he is the dean of the Ashkenazium in Budapest.
Related Topics
Related Posts
Comments
Advertisement