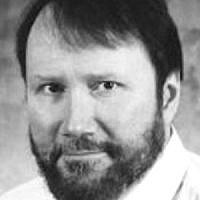 Why do some people lose their faith, while other people find their faith?

It’s not because of differences in intelligence or education. Orthodox Jewish Israeli physicist Gerald Schroeder and Evangelical Christian geneticist Francis Collins are just as smart and well-educated as British biologist and atheist firebrand Richard Dawkins.

What makes the difference?

We might get a clue from looking at examples of people who lost their faith, and others who found it.

One example of a person who lost his faith was Solomon Schimmel, a professor of ours at Hebrew College. He grew up in an Orthodox Jewish family, believing:

Even as a boy of 13, Schimmel was uneasy about the idea of God choosing the Jewish people. When he went to university, he learned about critical biblical scholarship and studied skeptics such as the philosopher David Hume. As a result, his shaky edifice of belief fell apart:

In a flash, the traditional viewpoint and all of the apologetic defenses of it that I had constructed over the years appeared untenable and indefensible on rational grounds. The alternatives, existentially bleak as they appeared to be (and maybe are), were so much more convincing. The experience was emotionally wrenching, because it removed the meaning structure of my life. [2]

Schimmel was angry at teachers who he felt had misled him about the literal truth of the Torah. He was troubled by the unethical behavior of some leaders at his yeshiva. He worried about how his Orthodox family and friends would react to his loss of faith.

Of course, Jews aren’t the only people who lose their faith. Bart Ehrman, a professor of religious studies at the University of North Carolina, lost his faith in Evangelical Christianity for similar reasons. Like Schimmel, he grew up believing in the literal truth of the Bible. He even memorized the books of the New Testament. He graduated from a seminary. But then, as a university student, he struggled with nagging doubts:

My strong commitment to the Bible began to wane the more I studied it. I began to realize that rather than being an inerrant revelation from God, inspired in its very words, the Bible was a very human book with all the marks of having come from human hands: discrepancies, contradictions, errors, and different perspectives … [3]

Also like Schimmel, Ehrman suffered emotionally from his loss of faith:

I left [Christianity] kicking and screaming, wanting desperately to hold on to the faith I had known since childhood and had come to know intimately from my teenaged years onward. But I came to a point where I could no longer believe. [4]

What about people who went in the other direction — from unbelief to belief? I’m one of those people. A much more eminent example is world-famous Talmudist Adin Steinsaltz. Raised in a secular family, he was an agnostic, studying science and mathematics — just like me. He planned to be a physicist. He found his Jewish faith “when he began to doubt his own doubts:”

My move was prompted by a basic lack of belief in the tenets of the secular world in which I lived … [to understand] the world instead of following the general view. I felt the need to think for myself. [5]

Thinking for himself led Steinsaltz to the realization that there was more to the world than what science could study:

You want to see the glory of God, something tangible, and the text says, all these things are ephemeral and incidental. The highest point you can reach is the absolute void, the emptiness, the stillness. From there comes a voice … You perceive it standing against the Infinite. [6]

What’s the key difference between losing your faith and finding it?

Because Schimmel and Ehrman grew up with a literalist reading of the Bible, they didn’t wonder if religious beliefs like “God gave the Torah to Moses” were true in the same way as ordinary empirical beliefs like “Joe gave the book to Sarah.” And when they eventually started to wonder, their doubts were devastating. They lost their faith.

Because of our secular background, Steinsaltz and I both knew from the start that if “God gave the Torah to Moses” was true, it had to be true in a different way from ordinary beliefs like “Joe gave the book to Sarah.”

We knew that to find its truth, we had to look outside our normal scientific view of the world. Archaeology and biblical criticism could answer many of our questions about history. They could not tell us if God is with us, or not. Only our faith could answer that question.

Both Schimmel and Ehrman demanded too much of their faith. They wanted religious beliefs to be true in an ordinary, empirical way. When they realized it wasn’t so, they lost their faith altogether, and in my view, they both suffered needlessly.

Steinsaltz realized that the empirical world did not explain itself and that there had to be more. However, he also realized that the “more” was transcendent, incomprehensible by our normal concepts, and that it did not have specific implications about events in our world. He realized that religious beliefs were true in a way different from that of empirical beliefs.

We do not find God in the “tangible, ephemeral, and incidental” things of which science tells us. We find God in our experience of that “something more” that goes beyond what we can see or understand. It is the voice in the Infinite, telling us that there is a reason, and that we need not fear. God is with us.