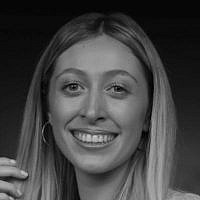 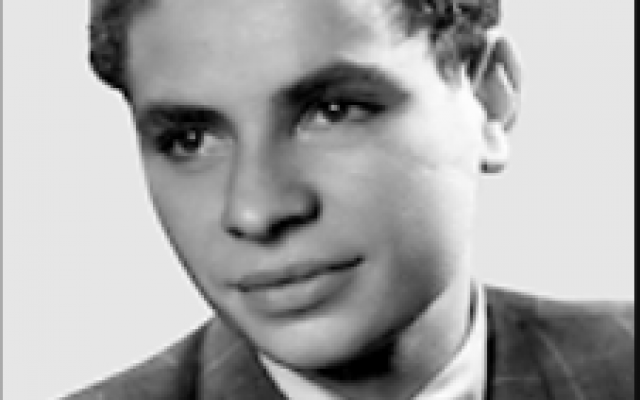 Many crowd the entryway to the mountain, yet there is barely any chatter. Even the children are not bouncing with their usual mix of enthusiasm and giddiness. There is a profound silence that hangs over the public like a dark cloud. One-by-one, security sifts through the crowd’s bags and then grants them entrance. Some go left, some go right; all walk with a clear destination in mind. A mother holding a bouquet of white and yellow tulips guides her young children amongst the stone graves to the one they annually visit. A soldier in uniform heads towards a fresh grave that stands alone. “Martin ben Tzippora and Chaim” the tombstone reads, “fell in operational activity in Czechoslovakia on August 18, 1948. 21 years old. Buried on Mount Herzl on October 28, 2021.”

The soldier in uniform, Elon Anderson, shared his story with those who stood nearby. He served in the Paratroopers Brigade and, back in October, his company commander approached him with a special request. He wanted Elon and eight other soldiers to fly to the Czech Republic and bring back the body of a fallen paratrooper, Martin Davidovich, to be buried on Mount Herzl in Jerusalem. Honored to take part in this meaningful mission, Elon agreed. For the next couple of days, the boys read up on Martin’s story, wondering why he was even buried in the Czech Republic in the first place.

Martin Davidovich was born in 1927, in the Munkács district of Czechoslovakia. He had six siblings and his parents owned a beer marketing agency. Thirty-five Jewish families lived in their hometown. With the dissolution of Czechoslovakia in 1938, the region adjoined Hungary. On March 19, 1944, Nazi Germany took control of Hungary. Jews were then concentrated into ghettos and sent to the Auschwitz concentration and extermination camp. Martin was sent to Auschwitz and then to the Mauthausen camp where he lost a brother and sister. After liberation, Martin returned to Czechoslovakia, where he joined “Hanoar Hatzioni” and then the Czech Brigade. The Brigade was run by Israeli Haganah fighters and Czech commanders who tried to prepare Jewish refugees for immigration to Israel and enlistment to the IDF. The training took place in secret under Communist Czechoslovakia. The soldiers were forbidden to speak Hebrew, English, or Hungarian, so that they would not stand out in front of the locals. They wore red berets and boots so as to blend in with the uniforms of the Czechoslovakian paratroopers. The training was carried out quickly and without paperwork.

One of the course’s soldiers, Yitzhak Greenwald, described the events of the night of August 18, 1948, only three weeks after the beginning of the course: “On that day there were two exercises, day training and night training. The first workout, in the day, passed successfully. In the night training, the platoon split into two forces: Force A: attacking, and Force B: defending. Martin Davidovich was first in the attacking force, and his job was to neutralize a member of the trained group, a Czech lieutenant. While the whole group was lying in the darkness, Martin approached the Czech officer and put his arms around him. In response, the officer pulled out his pistol and placed it on the forehead of Martin Davidovich and fired one bullet … and killed him there.” Yitzhak Greenwald later claimed that the lieutenant thought the pistol was not loaded and was suspended for twenty-four hours. Martin was buried secretly in the Jewish cemetery in Prague. He was only 21 when he died.

On October 27, 2021, Elon and his fellow soldiers landed in Prague, accompanied by the chief Chazzan (cantor) of the IDF, Shai Avramson. Martin’s remaining relatives from the United States and Europe had traveled to meet them there. The senior official of the Prague Rabbinate, Rav Koci, led the memorial service. “It was very emotional,” remarked Elon ,“I feel very connected to Martin. He is considered the first fallen paratrooper of the IDF. It felt like we were bringing home one of our own.” The following day, back in Israel, Elon participated in Martin’s reinterment on Mount Herzl, in which many army and government officials attended. “Standing there, I made a promise to myself,” Elon told the listening crowd, “that every year I would try to come and visit Martin on Remembrance Day since he has limited family in Israel.”

Pulling a lighter from his bag, he bends to light the small remembrance candle that lies within a rusted metal lantern. Throughout the cemetery, parents, siblings, and friends do the same. A group of musicians weave between the labeled plots, playing softly on violin and guitar. Their melodious effort gives comfort to the grieving families. They stop only to stand in collective silence when a sad siren sounds across the country, alerting the public to pause and reflect on their country’s fallen.