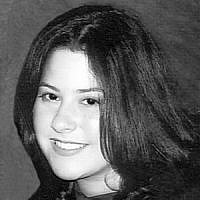 The Blogs
Sarri Singer
Apply for a Blog
Please note that the posts on The Blogs are contributed by third parties. The opinions, facts and any media content in them are presented solely by the authors, and neither The Times of Israel nor its partners assume any responsibility for them. Please contact us in case of abuse. In case of abuse,
Report this post.

It is hard to imagine that it has been 14 years since that day that changed my life forever. I met evil personified 14 years ago, on June 11, 2003, when I was on bus #14 in Jerusalem and an 18 year old terrorist boarded my bus strapped with explosives and detonated. His goal was to kill and maim as many innocent people as possible and he did. Over one hundred of us were injured and seventeen innocent people were murdered including American, Alan Beer, originally from Cleveland, Ohio. I know that I am lucky to be alive, as those seated and standing around me were killed. Terrorism and the toll it takes on its victims is not hypothetical to me.  I will live with the physical and emotional scars from that day for the rest of my life.

As a victim of terrorism, I understand other victims in a way no one else really can. While we all feel terrible after a terror attack, and while all of our hearts break as we watch the death and destruction, it is hard to really relate to the victims of an attack.  The vivid images and sorrowful stories we see after attacks in places like Manchester and London is nothing short of devastating but, simply not the same on television or through social media for most people to understand the abject horror of a terror attack. I truly do feel the pain of the victims, most recently in Manchester and London. After my own attack I founded an organization, Strength to Strength, to provide support and resources to help survivors pick up the shattered pieces of their lives.

Sadly, the brand of urban terror we have seen in England was perfected against the people of Israel while the world ignored it. This is not a time for willful ignorance.  It is time for the world to acknowledge that we all face a common enemy and that we only embolden that enemy when we justify some of their horrific attacks.

Suicide bombings like the one in Manchester have been a reality for Israelis for decades.  Likewise, car ramming attacks like those in London are just the extension of the waves of attacks that Israelis suffered over the last few years.

This may seem a little shocking, but the world is responsible for abetting the terrorists that struck in England.  To borrow the lesson from the George Bernard Shaw’s famous quip about a woman’s chastity; if you support or excuse a bombing at the Dolphinarium Discotheque in Tel Aviv, you support a terror attack at an Ariana Grande concert.  The only debate is about the justification. And yes, that is also true about the attacks on 9/11. To put it simply, murdering innocent men, women and children is never acceptable.  Accepting any terror attack is really justifying all terror attacks.

There are certain lines that we cannot cross, no matter how passionately one believes in their “cause.”  The world needs to stand up and declare in a single voice that we can never justify the targeting and murder of civilians irrespective of their geographic location. There is no legitimate reason to attack civilians and innocent children, and those that do must face universal condemnation and swift justice.

With God’s help, Strength to Strength will continue to be there to help the ever increasing number of terror survivors move on with their lives, but if we are going to ever defeat this enemy and end the carnage in our streets around the world, we need to recognize and end our own complicity of terrorism.

For more information about Strength to Strength, please visit www.stosglobal.org.

About the Author
Sarri Singer, born in Lakewood, New Jersey, is the daughter of New Jersey State Senator, Robert Singer. Until 9/11, Sarri worked two blocks away from the World Trade Center. Deeply moved by the tragedy of 9/11, Sarri decided to resign from her position in December 2001 and move to Israel to help victims of terrorism. While there, Sarri volunteered with various organizations working with victims of terror and their families. On June 11, 2003, Sarri was on Bus 14 in Jerusalem when an 18 year old Palestinian terrorist dressed as a religious Jew boarded and blew himself up. 16 people were killed, including all those seated and standing around her, and over 100 people were injured. Sarri was hospitalized for two weeks and then returned to New Jersey to be with family. Her story became high profile. She appeared on television stations such as CBS, FoxNews, CNN and radio interviews. She spoke before Congressmen and Senators in Washington, D.C. and politicians in New York and New Jersey. In September 2003 she returned to work and volunteering in Israel. In June 2004, she returned to the United States to take care of some ongoing medical issues. Sarri is the Founder and Director of Strength to Strength (www.stosglobal.org), a non profit organization which focuses on bringing together victims of terrorism from around the world and assisting with long term psychological care. Sarri has addressed audiences throughout the United States, Canada, Europe and Israel and continues to share her unique insight into the ongoing struggle for victims of terrorism in Israel and around the world.
Related Topics
Related Posts
Comments