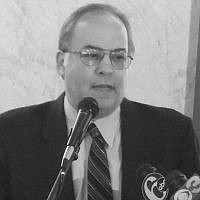 The theater world is burning with excitement over the news that Funny Girl, the musical that made Barbra Streisand a household name fifty-eight years ago, is having its first revival ever, with Beanie Feldstein playing the role of Fanny Brice. But who was Fanny Brice?

Fania Borach was born October 29, 1891. From 1910-1930, under the name Fanny Brice, she was a sensation with the Ziegfield Follies, the pinnacle of entertainment in those days. Many people have written how she broke barriers for female comedians and how she broke the barrier of having to look a certain way to be successful, but there was another barrier she broke as well–she made it okay to be unapologetically Jewish.

No one who saw Fanny Brice perform mistook her for an Irish Catholic. Her act was Jewish, her persona Jewish, she was outwardly Jewish in ways that many Jewish entertainers are still afraid to be today. It was not that she spoke about being Jewish or made speeches about Jewish pride, it was that her Jewish background influenced her behavior on stage, and sprinkling her act with a few Yiddish phrases here and there cemented that persona.

There were no apologetics in her Judaism, in fact she never apologized for anything. Brice was a tough woman who was never afraid to speak her mind. She once said, “I lived the way I wanted and never did what people said I should do or advised me to do, and I want my children to do the same. Let the world know you as you are, not as you think you should be, because sooner or later, if you are posing, you will forget the pose, and then where are you?”

It is said that female comedians owe a lot to Fanny Brice, and that’s true. But every Jewish entertainer who allows their Judaism to come through in their performances owes her just as much.

As always, I welcome your comments and reactions.