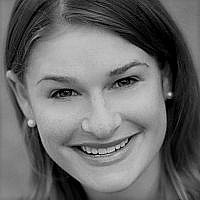 The Blogs
Ravit Greenberg
Apply for a Blog
Advertisement
Please note that the posts on The Blogs are contributed by third parties. The opinions, facts and any media content in them are presented solely by the authors, and neither The Times of Israel nor its partners assume any responsibility for them. Please contact us in case of abuse. In case of abuse,
Report this post.

“Far-left?” Why, because they are interested social justice, coexistence, and minority empowerment? Does that mean that those who self identify as left-leaning, moderate, or even right oppose these values? I hope not.

Increasingly coming to Israel? I’m not sure. Although, someone much more academic than me could check. I’d like to give a shout-out here to just a small sample of experienced activists in the field who are involved in this work in the Negev (my home region), Vivian Silver, Yosef Abramovitz, Daniel Birnbaum, Debbie Golan.

I moved to Israel in 2004. While at Rutgers during the second intifada, I knew there there was more nuance to Israel than the black & white rhetorical name-calling: Palestinian = Terrorist, Israeli = Militarist Killer.

My personal and professional journey has brought me to serve Bedouin Society in the Negev. After ten years of work in Negev Development, I sought out Bedouin visionary leadership looking to ignite change from a position of choice, knowledge, and belonging. I found that in Ibrahim Nsasra and over time became the CEO of the organization he founded, the Tamar Center.

Many North Americans who make Aliyah seek meaning. I’m sure that many of those who find meaning, find it in social-justice work, which is also the essence of tikkun olam. If this makes us “far-left,” gesundheit! So be it.

About the Author
Ravit Greenberg lives in Beer Sheva with her husband Gabe and two daughters and is a proud member of Kehillat Beerot. Greenberg earned her BA in Political Science and Gender Studies from Rutgers University, and MBA from Ben-Gurion University. From the moment she came to Israel, Ravit has dedicated her work to the Negev and Israeli society; she first worked at Ben-Gurion University and built and managed the Nefesh B'Nefesh Go South program.
Related Topics
Related Posts
Comments