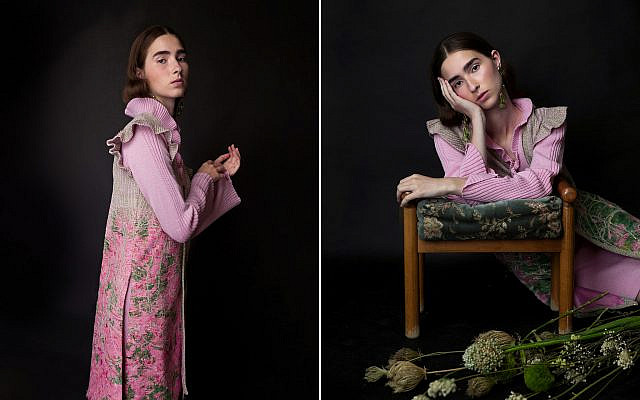 When I think about the land of Israel, I conjure up silky white beaches and warm Mediterranean water. A place where East meets West and an ancient civilization thrives in a high-tech world. But a fashion trendsetter whose designers are sought out by celebrities and fashion icons like Beyoncé and Lady Gaga? Not exactly. 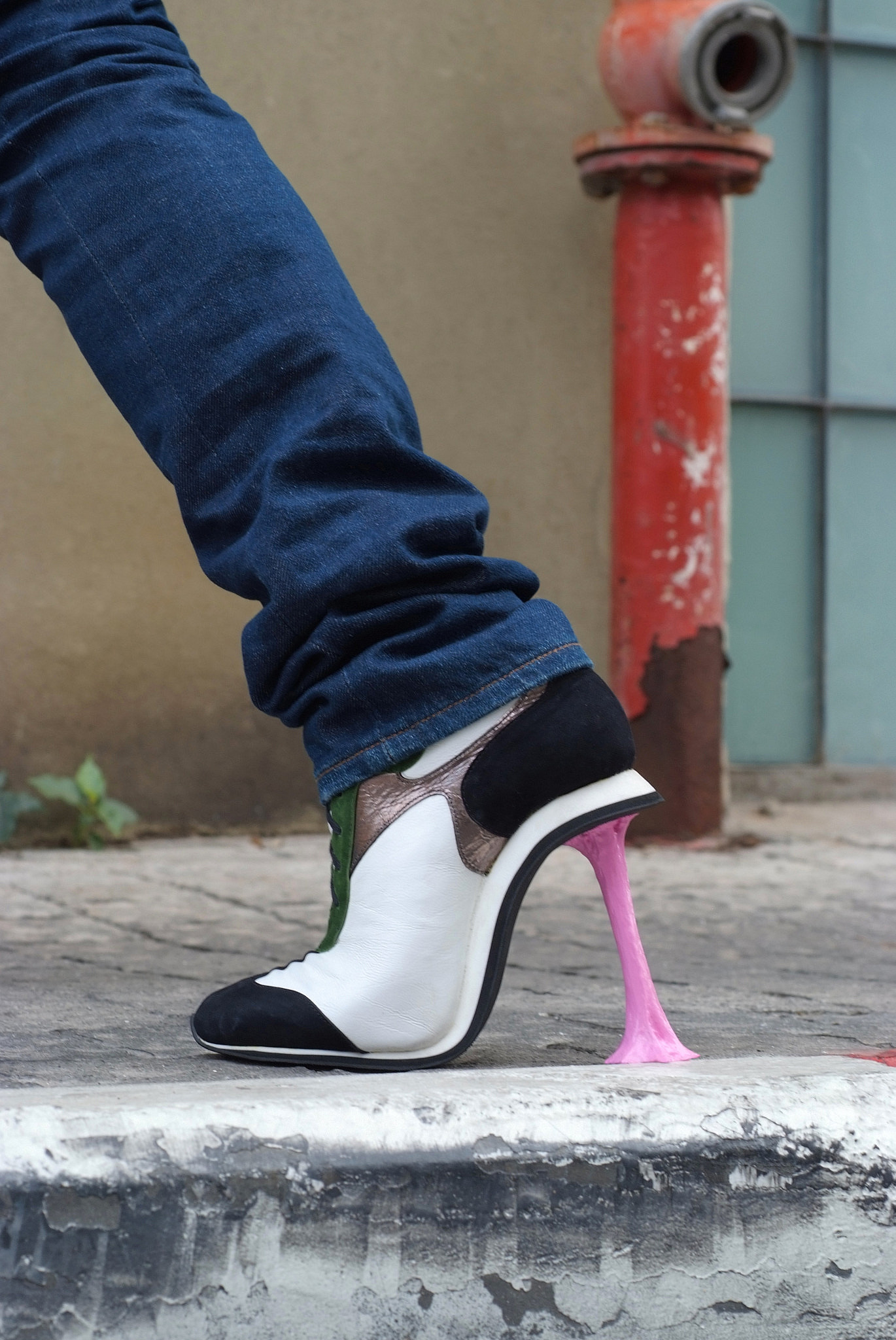 In decades past, Israeli fashion was always more utilitarian than chic. When the rest of the world’s politicians wore suits and ties, Israel’s Knesset members passed legislation in short sleeves and sandals. During my last trip to Israel I gained a new perspective about Israeli society through the lens of its current fashion industry.

I learned that as technology replaced agriculture as its major export, Israel’s fashion scene became edgy, entrepreneurial and ecologically minded. Untethered by a fashion heritage or the dominance of established fashion houses that exist in countries like France, England and Italy, young Israelis designers are breaking new ground every day.

Galit Reissman is a Tel Aviv-based fashion entrepreneur and founder of TLVstyle, a unique brand and personalized tour service. She is a conduit for fashion lovers like me who want to connect directly with the artists. “People are looking for experiences, to become insiders. I take them behind the scenes to the working spaces, to see the vibe and meet the people. That is where the magic is happening.”

Thanks to Galit, I met Shahar Avnet, an up-and-coming designer who bridges ready-to-wear with haute couture fashion and treated myself to a fabulous, one-off, reversible jacket. Shahar took the fashion industry by storm shortly after graduating from Shenkar College of Engineering, Design and Art in 2016. Avnet combines several techniques, using unconventional materials and colorful details creating garments that are young and fun. In three short years, she has created frocks for the likes of Zandaya, Beyoncé and Israel’s Netta Barzilai, winner of the 2018 Eurovision song contest. 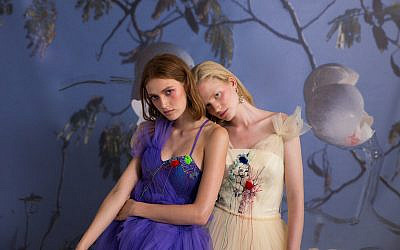 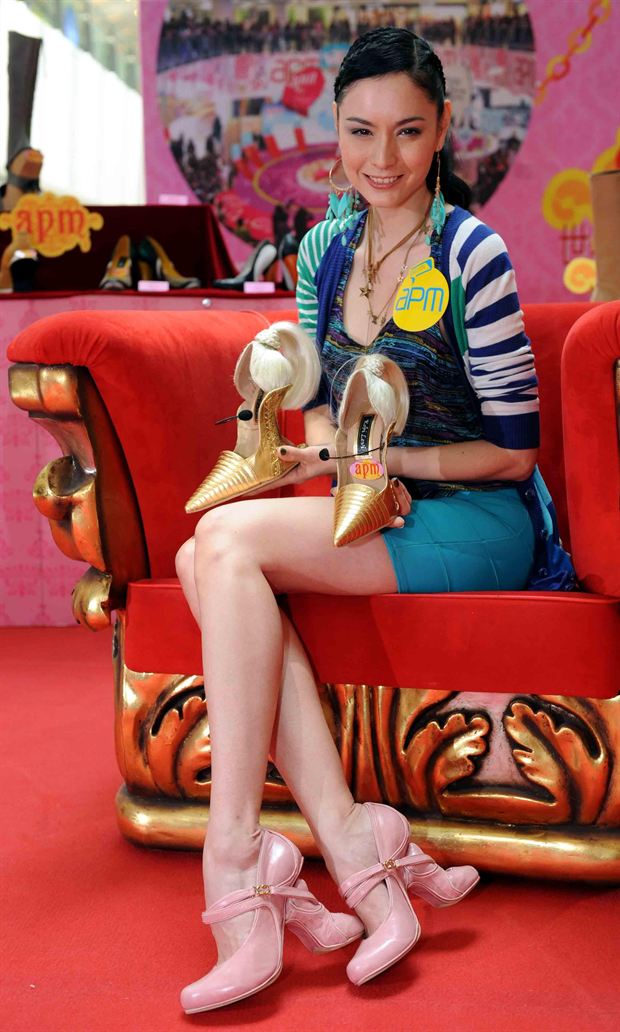 Other Israeli designers like Bezalel Academy graduate and shoe designer Kobi Levi are increasingly being sought out for their cutting-edge attire by international celebrities like Lady Gaga, Whoopi Goldberg and musician Fergie who wore his shoes in her video “M.I.L.F.$.” Creations by bridal gown designers Inbal Dror and Galia Lahav, who designed the dress Beyoncé wore in her wedding renewal ceremony with Jay-Z, seem just as suitable for the boudoir as the alter.

Israel’s tiny size has forced Israeli designers to be as entrepreneurial as they are edgy. This is especially true in the ethnically diverse old Jaffa Port in Tel Aviv, where old men argue over backgammon on makeshift tables while young mothers push babies in strollers down cobblestone streets. Here, designer owned shops are nestled between bustling cafes and crowded bars and chain stores are almost nonexistent. In addition to operating their own retail shops, many designers create their own fabrics and oversee the manufacturing and marketing of their goods. With little government support, most work independently and are using social media to reach markets and achieve the recognition that would have been impossible a decade ago.

After meeting with top brass at Shenkar and Bezalel Academy of Arts and Design, the two major design institutes in Israel, I learned about Israel’s unique focus on the connection between design and technology and most importantly, its emphasis on sustainable and ecological fashion. Young students are taught to think in a socially responsible way about the cycle of fashion – how it is made, distributed, and discarded.

The fashion industry is one of the most wasteful, polluting industries in the world. Over 60 percent of fabrics are synthetics which end up in landfills unable to decay. The dyes used in textile manufacturing not only create toxins but waste hundreds of thousands of gallons of water. 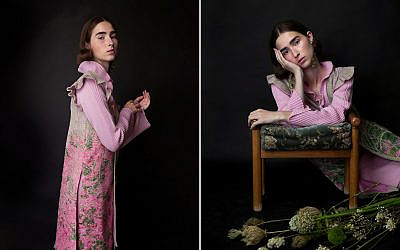 To eliminate this waste and pollution, Israeli designer Dana Cohen, a 2015 Shenkar graduate, has developed a procedure in which discarded knits are shredded into fibers and then sorted into similar colors. The different color fibers are then felted into new recycled textiles eliminating the pollution and waste of water because they are already dyed. Cohen uses these recycled materials for her new runway creations transforming discarded garments into exquisite haute couture. Another designer bucking that trend is Tooshaaya Design which uses biodegradable and natural materials like soy husks to create silky sweaters and scarves.

Fashion’s carbon footprint also extends to the distributions of goods. Transporting clothes and shoes to their destination consumes an enormous amount of energy. Many young designing entrepreneurs like Tal Arbel, founder of Norman & Bella shoes, are looking to 3-D printing which will allow them to have their wares produced anywhere in the world thereby eliminating the waste that comes with transporting goods across the globe. 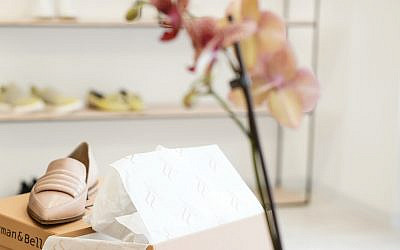 GeekChicTLV’s Viktoria Kanar was responsible for all of TLV-FW foreign relations hosting 100 top international fashion journalists from Vogue, Elle, Glamour, Fashionista, and Time Out among many others. Kanar also promotes Israeli designers through international fashion shows and reaches out to manufacturers and major brands to foster joint projects with Israel’s many sustainable designers.

They say that creative people can change the world. With all the innovation and focus on sustainability coming out of Israel’s fashion industry, who knows – they might just save it too.

A 20-year show business veteran, Lana Melman is the CEO of Liberate Art, a professional speaker and writer and an expert in the fight against the cultural boycott campaign against Israel. Ms. Melman’s book Artists in the Crosshairs: Inside the Cultural War against Israel will be released in the January 2022. Sign up here to get perks and information as it hits the bookstores: https://tinyurl.com/ArtistsintheCrosshairs