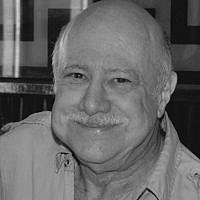 The Blogs
Ralph Seliger
Apply for a Blog
Advertisement
Please note that the posts on The Blogs are contributed by third parties. The opinions, facts and any media content in them are presented solely by the authors, and neither The Times of Israel nor its partners assume any responsibility for them. Please contact us in case of abuse. In case of abuse,
Report this post. 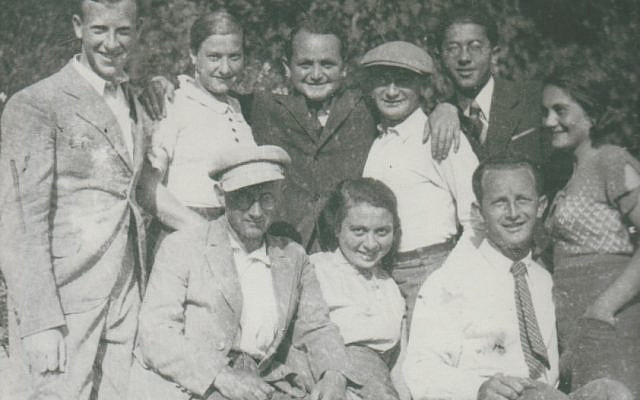 My mother is second from left, standing above my father, posing in the Polish countryside with friends and relatives, circa 1930s.

My sister and I grew up on our parents’ stories about their survival as refugees, and the struggles and deaths of our grandparents and other relatives too numerous to remember. It was a revelation to me when historical scholarship about the Holocaust related exactly to my parents’ experience — in particular their desperate effort to find refuge anywhere outside of Europe, culminating in a last-minute tug of war with a coldly unsympathetic U.S. consular official in Belgrade, Yugoslavia.

He delayed handing over U.S. immigration visas, even as he admitted to having them in his hand. He presented my parents with a potential “Catch 22” situation: They were told to obtain transit visas before he would release their immigration visas, putting the cart before the horse as they needed to show the U.S. documents first to get those transit visas! Upon the advice of a helpful travel agent, my father secured letters from the Greek, Turkish and British consulates stating the obvious, that transit would be granted automatically after seeing their American visas.

This official was following the directive of Assistant Secretary of State Breckinridge Long to delay and obstruct legal Jewish immigration to the United States – a story well documented by historians of this period. They were lucky to be departing from Yugoslavia, and not from their Polish hometown of Zurawno, shortly to be invaded by the Soviet Union, and then overrun by Nazi Germany.

My parents had come to Belgrade in 1938 to assist my mother’s Tante Elsa, her newly widowed aunt, expelled from Vienna by the Nazis to live in Belgrade where she inherited a business from her deceased husband. Since the double occupation of Poland effectively cut off emigration from that country, my parents had a “mere” two-and-a-half year wait on the quota for Polish immigrants. They left Belgrade days before the Germans invaded on April 6, 1941.

I wondered how Ken Burns and his colleagues would handle the pernicious role of Long and the State Department. They got it right for the most part, but while informing me of something I hadn’t known before, they completely dropped the ball. It came as a shock to me that Pres. Roosevelt recalled Long from retirement to serve as his overseer at the State Department of immigration affairs during this time of emergency. They never question if FDR knew of Long’s antisemitism, or if he simply didn’t care, or — to take a more cynical view which they and I resist considering — if he actually wanted an antisemite to oversee America’s portals of entry!

In reading and watching reviews and commentaries on the Burns series, three have especially struck my notice.  One was featured by the Times of Israel, “Ken Burns’ Holocaust documentary may be hard on America, but not hard enough,” co-authored by historians Rafael Medoff and Monty Penkower. Another piece by Professors Medoff and Penkower (“A Holocaust Mystery: Ken Burns Gets Lost in a Bermuda Triangle“) pointed out that Burns et al. did not even mention the Bermuda Conference of April 1943, an Anglo-American effort to seem to be doing something about Jewish refugees while accomplishing nothing.

But what most linked up to my family’s story was an illuminating one-hour discussion, sponsored by the Sousa Mendes Foundation, featuring Medoff with filmmaker Martin Ostrow, the creator of  “America and the Holocaust: Deceit and Indifference,” a documentary aired on PBS in the 1990s as part of its long-running “American Experience” series. Medoff criticized the Burns production team for treating the malicious machinations of the State Department leadership, including Secretary of State Cordell Hull and Breckinridge Long, as if this was not Franklin Roosevelt’s State Department. A few days later, Ostrow made this and other points he had discussed with Medoff in this piece he published at The History News Network, “The Holocaust Documentary Disappointingly Skirts Big Questions of FDR’s Responsibility.”  This is the one-hour YouTube recording of the conversation between Medoff and Ostrow:

About the Author
Ralph Seliger is currently editor of The Third Narrative website. He was the final editor of "Israel Horizons" in its incarnation as a print magazine from 2003 until 2011 and he edited the Meretz USA (now Partners for Progressive Israel) Blog from its inception in 2006 until 2015. He's been an active supporter of the Zionist peace camp since 1982. Among other print and online platforms which he has written for: The Forward, Tikkun, The Daily Beast, In These Times, Jewish Week, New Jersey Jewish News, Jewish Currents, Huffington Post, Dissent.
Related Topics
Related Posts