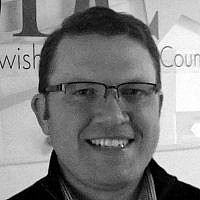 The Blogs
Aaron Keyak
Apply for a Blog
Advertisement
Please note that the posts on The Blogs are contributed by third parties. The opinions, facts and any media content in them are presented solely by the authors, and neither The Times of Israel nor its partners assume any responsibility for them. Please contact us in case of abuse. In case of abuse,
Report this post.

With antisemitic incidents clearly on the rise in recent years, and the age of online hate upon us, mixed in with the xenophobia already spreading around COVID-19 (including antisemitic conspiracy theories claiming the pandemic was created by Jews), it is crucial that all candidates for elected office be vigilant in ensuring that antisemitic tropes aren’t spread by them, their surrogates, or their colleagues, either intentionally or even accidentally.

But how do we know and spot real antisemitism? Thanks to the International Holocaust Remembrance Alliance (IHRA) we now have a commonly – and communally – accepted definition. But some of our elected officials still seem to struggle (perhaps intentionally) with spotting antisemitic tropes, especially when it is someone from within their own party.

That’s one of the reasons the Anti-Defamation League has just released Antisemitism Uncovered: A Guide to Old Myths in a New Era. Elected officials, people running for office, and the many of us pundits who comment on politics, whether it be from behind the desk of a cable news show or behind the blue dot of a twitter account, should take note of this important guide.

Most people would assume that antisemitism is easy to identify: If it walks like a duck and quacks like a duck, then it’s a duck, right? But that’s not always the case. In recent years we’ve seen numerous examples of people alluding to antisemitic tropes about Jewish control or playing into notions about Jews having divided loyalties between America and Israel.

Take the Washington, D.C. councilmember who suggested in 2018 that the Rothschild family – a family of Jewish bankers – controls the weather. Or the member of Congress who suggested last year that other Jewish members of Congress are more loyal to Israel than the country they’re elected to serve. Or the 2020 Illinois congressional candidate who claimed that the Holocaust didn’t really happen.

All of these are classic antisemitic myths or derive from tropes that have followed Jews down through the centuries. And yet, in many instances, those who utter them are at first defensive, claiming they don’t understand why their words are hurtful. Or their surrogates jump to their defense, claiming that the remarks aren’t antisemitic at all, but they should know better. We all should.

Being able to identify and call out antisemitism – from the far right or the far left, from a member of an opposing party or from within one’s own party – is critical to fighting this age-old scourge.

To be clear, antisemitism is not confined to elected officials. ADL has tracked antisemitic incidents for decades, recording over 1,800 incidents in 2018 alone, the latest year they have made available to date. That was the third highest level of incidents in more than 40 years, and includes everything from swastikas painted on the sides of synagogues to the deadliest mass murder of Jews in American history in Pittsburgh. Although 2019 data is not yet fully available, one need look no further than the attacks in Poway, Jersey City, and Monsey to know things aren’t getting much better.

We won’t be able to ever stop antisemitism in our local communities if our elected and community leaders aren’t able to prevent it from coming out of the mouths of their peers. When leaders make charges of dual loyalty, when broadcast pundits spout conspiracy theories about Jews on air, and when tropes about Jewish money are unleashed into the Twittersphere, it allows for the mainstreaming of hate. There is a clear line from normalization to weaponization to violence. And it is fundamentally dangerous.

No party is immune. It is often easy to call the other side out, and it is often almost impossible to recognize it from within.

Hopefully, this guide will help all of us break down the misconceptions about what is and isn’t antisemitism – and help people explain to others why speaking out against hateful tropes about Jews matters.

The resource guide tackles seven of the most common antisemitic tropes. It examines myths about (1) Jewish power (2) dual loyalty (3) Jewish greed (4) deicide, or the notion that Jews “killed” Jesus (5) the blood libel (6) Holocaust denialism and (7) anti-Zionism/anti-Israel as antisemitism. The chapters on each trope are formatted with a section on historical origins, contemporary examples and specific suggestions as to how to address this type of antisemitism. After reviewing it, it leaves no doubt in one’s mind about what makes the myth antisemitic, and why referring to it is offensive. It’s not subjective.

In these perilous times, with antisemitism on the upswing and extremists feeling emboldened, there’s no room in society – and certainly not among our leadership – for casual bigotry, microaggressions and slurs against the Jewish people. One would have hoped that those ancient hatreds would have died away long ago. The fact that they haven’t shows why we all need to be vigilant and recommit ourselves to the fight against hate. This can only begin with an understanding of what, definitionally, we’re actually fighting against.

Aaron Keyak is a former head of the National Jewish Democratic Council and a founder of Bluelight Strategies, a DC-based consulting firm.

About the Author
Aaron Keyak is an experienced publicist and a leader in fighting for both the progressive and pro-Israel communities, in political campaigns as well as on Capitol Hill. Aaron previously served as the communications director for Rep. Jerry Nadler (D-N.Y.), a leading pro-Israel progressive who represented the highest percentage of Jewish Americans in the United States. Aaron also advised the congressman on Middle East policy, and led the messaging strategy around the congressman’s top priorities including on issues ranging from a woman’s right to choose and the fight for LGBT rights to strengthening the U.S.-Israel relationship and fighting anti-Semitism. Aaron also spearheaded the drafting, coalition building and legislative negotiations surrounding a timely congressional resolution condemning the rising tide of anti-Semitism throughout the world in 2014, which passed the House unanimously. Immediately following President Obama’s re-election in 2012, Aaron became the interim executive director for the National Jewish Democratic Council (NJDC). During the election he headed the campaign media Hub, a rapid-response research and media outreach team that promoted President Obama’s message around foreign policy issues and to the Jewish community. Prior to leading the Hub, he served as the communications director and top Middle East adviser for former Rep. Steve Rothman (D-N.J.), also serving on the congressman’s campaign – including a multimillion-dollar, nationally targeted primary campaign. When he started with Congressman Rothman, Aaron was the youngest communications director on Capitol Hill. Aaron led the messaging, press and political strategy in support of Congressman Rothman’s early championing of Israel’s lifesaving defense program, Iron Dome, as well as the congressman’s outspoken advocacy for U.S.-Israel joint missile defense programs, David’s Sling, Arrow 2 and Arrow 3. Aaron also helped assist the congressman in his role as a member of the House Appropriations Foreign Operations and State Subcommittee, which appropriates all U.S. foreign aid. During the 2008 election and for the first year of President Obama’s term, Aaron led NJDC’s press operations. While at NJDC, he was recognized as one of the top political pundits on Twitter by The Hill and was named a leader in “steering conversation about Jewish life on Twitter” by JTA. Aaron got his professional start in Washington as an associate at Rabinowitz/Dorf Communications. Aaron received his bachelor’s degree with honors from Washington University in St. Louis and is a Truman National Security Project scholar, trained in defense, foreign policy and national security issues.
Related Topics
Related Posts
Aaron Keyak
Comments