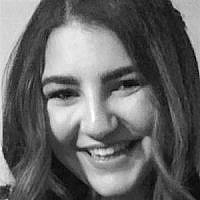 The Blogs
Arielle Yacker
Apply for a Blog
Please note that the posts on The Blogs are contributed by third parties. The opinions, facts and any media content in them are presented solely by the authors, and neither The Times of Israel nor its partners assume any responsibility for them. Please contact us in case of abuse. In case of abuse,
Report this post.

A few days ago, I was reading a book that my aunt got me to prepare myself for relationships and college. Girls & Sex, by Peggy Orenstein is a social commentary about how girls who are in their most vulnerable adolescent times (ages 12-21) are assertive and opinionated, yet when it comes to relationships, they buckle under the pressure and relationships turn into a “whatever you want to do” situation.

During a chapter of the book that discussed chastity dances between fathers and daughters, a statistic based on religion surprised me. According to Orenstein, a sociologist at the University of Texas conducted research which showed that a quarter of Jewish teens disapprove of premarital sex, as compared to nearly 75% of white evangelical teens. He also concluded that Jews are most likely to cite pleasure as a reason to indulge sexually, rather than procreation.

I wondered to myself, why Jews? We read the same Old Testament as Christians but is there something we’re missing about sex in the New Testament? I tried looking for an answer on the internet, but it has unfortunately failed me. However, when I told one of my best friends about writing this article she pointed me to this past week’s parsha, Mishpatim. The rabbinic interpretation of Exodus 21:10 ([Similarly], if [the master] marries another wife, he may not diminish [this one’s] allowance, clothing or conjugal rights.) offers a basis that both partners in a marriage should be sexually satisfied. This shows evidence for the statistic that Jews are most likely to seek pleasure more than anything out of sex.

However, there is so much more to it than just what the Torah says. Having been active in a Jewish youth group all throughout high school, I’ve seen Jewish teens in their natural habitat: crazy big group hugs, cuddle puddles, or mosh pits at dances. Yet there is always this running joke: Jewish youth groups are just giant hook-up fests. Members will jokingly say that the only purpose of Ramah, youth groups, and Birthright is so that Jewish teens will get together, get married, have kids, and the legacy of Judaism and giving money to these organizations continues. I think that may be a bit farfetched, but I will agree that it has inspired me to find what I like in a partner and my experiences have made me want to give back to these organizations and have my future children join when they are of age.

Going back to what I said about Jewish youth groups being a hub for hookups, they are. There is no denying that. I had my first kiss at a USY dance, as did many of my friends. So I wondered why. And it really does all refer back to the fact that Jewish continuity is something that is so ingrained in our minds so even if we do not intend on having children with a current partner, there is a satisfaction to knowing that there is this common bond of religion between the two. There is also the fact that high school is a time for exploration and finding what you like in a partner and Jewish teens during this time, realize that they may want a Jewish partner for the rest of their lives. When I asked many of my friends why they thought Jewish teens were more likely to engage in hook-up culture, they honestly did not know how to answer. There is something subconsciously amazing about being with someone who is also Jewish. Maybe it is that there is this connection already that will make conversation so much easier. That is definitely working if that is the case.

What is hook-up culture? Hook-up culture is when people will get together and kiss (or more) with no strings attached. It may eventually lead into a relationship or it is just for fun and a way of meeting new people. A sociologist at the NYU Wagner Berman Jewish Policy Archive, said that Jewish programming for teens “elevates Jewish engagement, and more specifically, it increases the number and quality of Jewish-Jewish relationships and Jewish social networks.”

It is these types of conversations that need to be more prevalent among youth because all of us, at this age, are having trouble voicing what our needs are. Conversations like these make a Jewish education interesting. A few months ago, a friend of mine raised a question in a group chat: is giving a hickey considered breaking Shabbat? And for an entire day, four of my friends and I had a mature debate about whether or not it was considered shomer shabbat. It was fascinating and I truly believe that if teens had facilitated discussions such as this we would all be so much more conscientious of the decisions we make.

Teenagers are really a special breed of human. We’re going through a high stress time with school and extracurriculars, but we still make time to navigate relationships. We truly represent multitasking at its finest. Jewish teens, even, are apparently subconsciously attempting to continue Judaism before we are even close to marriage and having children. I still do not know how much I am buying into that, however we definitely do have this common bond and we all know it is easier to talk to someone when we have one reigning similarity. I spoke to another friend about this and she said to me, “It’s like [wearing] goggles. We all want Jews, so we see each other as more attractive by virtue of being Jewish.” For Jewish teens, hooking up is simply just another part of the Jewish youth experience.

About the Author
Arielle Yacker lives in Easton, Pennsylvania and is currently a senior at Easton Area High School. She served on United Synagogue Youth's Religion/Education International General Board for two years and affiliates herself with the United Synagogue of Conservative Judaism. Arielle is strongly committed to her religion and educating people about what Judaism has to offer in respect to their daily lives.
Related Topics
Related Posts
Comments