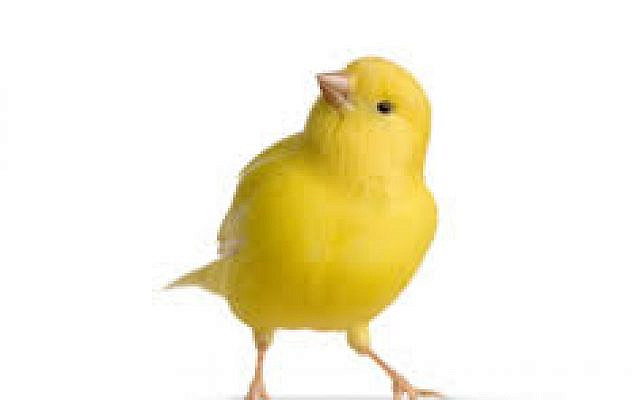 A New York Times editorial reasons that an increase in antisemitism is important to pay attention to because it “may be considered the canary in the coal mine for a range of minority groups”—groups including Blacks, Latinos, and gays. This same canary-in-a-coal-mine image for antisemitism as a warning to other groups features prominently in articles in CNN, the Financial Times, the [Toronto] Globe and Mail, The Guardian, National Post, Newsweek, Sun Sentinel, and The Washington Post (to list a few), in countless speeches (e.g., at the U.S. Congress, U.S. State Department, United Nations) and in numerous fundraising appeals. The persecuted Jew as a useful warning sign for others’ possible future victimization.

Whether or not the analogy stands up well historically or statistically (it doesn’t) its accepted usage should give one the creeps. What’s wrong with antisemitism is not that it augers other prejudices to come. What’s wrong with it is that it’s antisemitism. In the same way that what’s wrong with being shot is not that one’s shooter might potentially shoot someone else at some future date. It’s that you’ve been shot. That—and that alone—is the ethical grounds for calling it out and opposing it.

Imagine if antisemitism were definitively shown to be unrelated to any other form of prejudice. Would that make it one bit less reprehensible? Would the ethical imperative to oppose it be any less for lacking an element of self-protection?

In fact, if history shows us anything it is that for non-Jews to stand up to antisemitism it very may well be against their own self-interest. It depends on how widespread even mild antisemitism is in a particular society. Not everyone living under the Third Reich was violently antisemitic, but the ones who were came down brutally hard on those who stood up to them. The Nazis executed not only individuals who sheltered Jews, but also their entire families. Those who didn’t get caught lived in constant fear of denunciation by their neighbors and had to carry on a nerve-wracking clandestine parallel existence.

Today, hate crimes targeting the Jewish community make up over 60 percent of all religion-based hate crimes if the United States, while Jews make up a mere 2.4 percent of the population. While there may be plenty of hate to go around, for some reason people particularly like to hit, spit on, beat, and kill Jews. Any form of Western morality—Jewish, Christian, secular—demands opposition to that on its own terms, irrespective and regardless of whether or not someone else might be hit, spit on, beaten, or killed next.

About the Author
Todd L. Pittinsky is a professor at Stony Brook University (SUNY). Prior, he was an Associate Professor at the Harvard Kennedy School, where he also served as Research Director for the Harvard Center for Public Leadership. Todd was a Distinguished Senior Fellow of the Holocaust Memorial & Tolerance Center (2020-2022) and a Faculty Fellow of Hannah Arendt Center at Bard College (2018–2020). He has published in leading academic journals and has authored or co-authored general audience pieces in outlets including The Atlantic, the Boston Herald, the Christian Science Monitor, The Jerusalem Post, New York Daily News, New York Post, New York Times, Phi Delta Kappan, Science and The Wall Street Journal. Todd’s most recent book is “Leaders Who Lust: Power, Money, Sex, Success, Legitimacy, Legacy” (with B. Kellerman, Cambridge University Press).
Related Topics
Related Posts