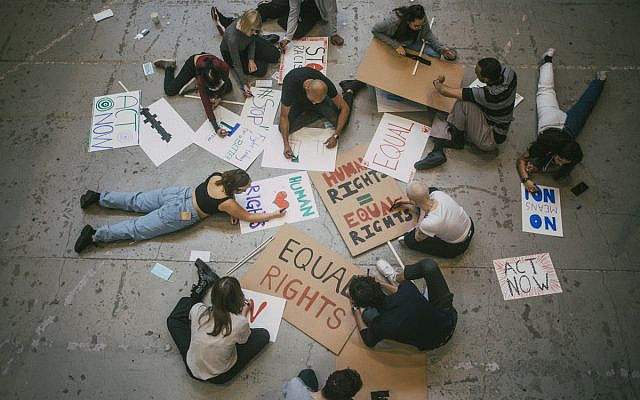 The struggle for equity and justice is at the heart of our progressive values. We must identify and combat all forms of bigotry and hate if we want to build the kind of society that we can all be proud of. In this society, Black folks would not have to fear for their lives during every routine traffic stop. Latin migrants fleeing oppression would not be separated from their families and held in cages. And Jews would not have to live in a constant state of fear on the streets of Brooklyn or college campuses across the U.S.

One, common-sense action, that we can all take to combat the rise of antisemitism is supporting the International Holocaust Remembrance Alliance’s (IHRA) definition of antisemitism. This working definition provides detailed guidelines of what antisemitism looks like in the 21st century. Jewish Americans are more than three times as likely as any other minority group to be targeted in a hate crime, per the most recent FBI crime statistics. Antisemitic hate crimes have been on the rise for years and the world’s oldest hatred takes many forms.

The IHRA definition affords institutions with a model that allows them to address antisemitic hate crimes when they occur. 28 member countries and thousands of institutions all over the world have adopted the definition as part of their commitment to protect their Jewish citizens and community members. There is a clear reason that this definition has been adopted worldwide — it is the only one that accurately and concisely addresses the nuanced manifestations of modern antisemitism.

Thankfully, President Joe Biden has been a strong champion for IHRA. The U.S. government embraced the definition under former President Obama and Secretary of State Hillary Clinton. The current administration has already reaffirmed its commitment to it. President Biden has urged all other countries to do the same. All progressives should join them in this effort and encourage colleges, universities, and other nonprofit organizations to make a commitment to the IHRA standard.

If you would like to help, there are resources available! You can find a petition to support the IHRA definition of antisemitism here. It is vital that we have your support on this important objective. Fighting Antisemitism is a worthy cause and the Jewish community is no less deserving of safety and security than any other minority communities. The IHRA definition is an important tool meant to advance progressive values and ensure equality and justice for all.