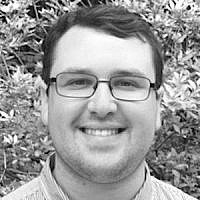 The Blogs
Max Buchdahl
Apply for a Blog
Please note that the posts on The Blogs are contributed by third parties. The opinions, facts and any media content in them are presented solely by the authors, and neither The Times of Israel nor its partners assume any responsibility for them. Please contact us in case of abuse. In case of abuse,
Report this post.

For the past year and a half, I have served as president of the student board of Hillel at Temple University. Over the course of my time on board, I’ve seen students plan weekly Shabbat dinners, various types of holiday programming (including the ever-popular Chocolate Seder) and our first-ever Hillel formal this past spring.

We have a strong Jewish community, aided by a building that serves as a gathering place for hundreds of Jews over the course of the school year.

There are occasional attacks against Israel on our campus, but not to the point where we feel the campus environment is unsafe for Jews.

But then, every once in a while, our university is listed as one of the top anti-Semitic campuses in the country, a judgment that never fails to shock us. And that status has its consequences.

Every few weeks, sometimes as I’m eating in our café or talking with students in our lounge, prospective students and their parents walk into our building to inquire about Hillel. I give them a tour of the building, starting on the first floor with the café, and then go upstairs to the library to showcase our extensive collection of Jewish and Israeli literature.

It’s usually at this point that I get one of the first questions of the tour. There is a slight change in the parent’s voice, signaling worry and hesitation, as they ask the question that may have brought them to the building in the first place.

The intention behind the question is sincere. There is genuine worry among parents of Jewish teenagers that they will unknowingly be sending their children to the anti-Semitic wilderness that is considered to be many college campuses today.

This intention — to find out if one’s child will be able to learn and thrive in academic and social environments that are welcoming to Jews — makes sense.

But the fact that the BDS question is often the first question directed toward Jews on campus is representative of a problem in the way that we talk about BDS and campus culture today.

Instead of asking and thinking about BDS first, we should instead be focused on enriching Jewish life and sparking Jewish identity development. We should be more concerned about whether or not students have the resources to grow as opposed to the resources to fight.

Young people should first have the ability to develop their cultural and religious identities outside the damaging world of BDS. Hillel and other campus Jewish organizations like it should be bastions of spiritual, social and intellectual growth.

These organizations should not become glorified boot camps where students learn how to respond to anti-Semitism. Nor should they be situation rooms in which we strategize the next way to respond to BDS.

The only way that we can ensure that there are strong, proud Jews to fight for a Jewish and democratic Israel in the future is to foster vibrant and exciting Jewish environments.

If we can foster the development of Jewish identities instead of over-emphasizing the BDS fight, future generations will be better prepared and better steeped in Jewish pride and knowledge to wrestle with the anti-Israel sentiments on campus that won’t be going away anytime soon.

This doesn’t have to mean that the BDS fight should be neglected altogether, but rather that Jewish students should have a strong sense of their identity and connection to Israel before having to go to bat to protect that identity.

After all, if our Jewish students don’t have the proper resources to develop themselves, what identity are we fighting for in the first place?

If we continue to shape the experiences of Jewish college students through the sole prism of Israel advocacy — an often difficult, headache-inducing endeavor — we lose sight of and ignore Judaism’s rich reservoir of philosophical, intellectual and theological insights.

Israel cannot become the singular form of expression of Jewish identity. There’s no doubt that it is a crucial form of that expression for millions of Jews around the world, but it must remain only a component of the mosaic that is Jewish identity in the 21st century.

Too often, we are told to care about Israel simply because that’s what we’ve done in the past. That is not a meaningful enough reason to create sustained activism.

Instead, these new environments should foster a kind of Judaism that creates students for whom fighting for Israel is a more meaningful experience, and is one of a variety of ways in which Judaism is expressed.

The creation of those environments starts with an emphasis on Jewish learning and social programming instead of an emphasis on learning the latest talking point to use when talking to critics of Israel.

The growth that comes out of this renewed emphasis is essential to ensuring that Judaism lives and thrives in the generations to come.

If you care about Israel, and you care about the Jewish identities of your children and grandchildren, it’s time to re-think what our first question should be.

This article was first published on July 19 by the Jewish Exponent.

About the Author
Max Buchdahl is the student president at Hillel at Temple University. Originally from Baltimore, he studies Journalism and Political Science, and has a deep interest in Jewish life in the 21st century.
Related Topics
Related Posts
Comments