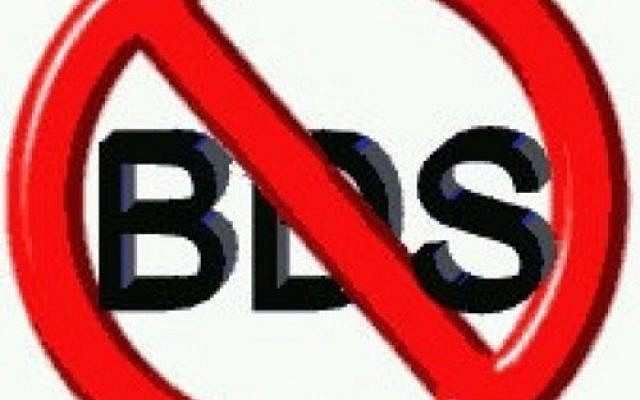 The past week has been especially difficult for Jews around the world. Between the Ofra shootings and the murdered IDF soldiers, Jewish people around the world felt the pain and loss regardless of their physical locations. In today’s world, it is impossible to ignore the general public and media opinions towards Israel. Even with constant terrorist activities against innocent civilians, the BDS movement continues to gain steam and to capture the attention of people all over the world. So, what can we do about it? In the age of social media and instant communication, how can we combat the messages of hate that seem to always be targeting Israel? Before we can accurately answer a question of this magnitude, we as a people, must first make sure that we understand the issues and the accusations being made against Israel.

As an online teacher, I have the privilege of teaching classes about Israel and Jewish History to various schools around the world. Two weeks ago, before the most recent attacks, I began a unit about BDS with one of my classes. The goal of the unit (so I thought) was not so much to explain what BDS is, as I assumed that they knew this already. The main point was to discuss what they, as educated Jewish students could actively do to combat the messages of hate that are so freely spoken against Israel. To my dismay, my plans for this unit changed almost instantly. In a class of 15 students in 10th and 11 grades, only a few were actually able to explain what BDS is and how it affects Israel. Once we were able to formalize a definition, a few more students were able to give some examples. Most referred to the recent AirBNB removals of West Bank properties. After this initial discussion, I found myself shocked at how little these students knew about something that was seemingly so important to them. By all accounts, this is a Zionist school. They celebrate Israeli holidays, sell Israeli foods, and they make a great float for the Celebrate Israel Parade. Yet, when it came to the basic facts of something that threatens Israel’s existence on a daily basis, it was clear that these students were missing some important fundamental pieces of knowledge.

I spent a great deal of time thinking about how to proceed with these students. Do I press “rewind” and teach them some basic Jewish History? Do I go to the school’s administration to try and make them see the light? Before making a decision, I decided to check with some other Zionist Jewish day schools to see if the situations were similar, or if this was the only school that needed to improve its Israel education. Looking at this issue in-depth for the first time was an eye-opening experience. I learned quickly that most Jewish day schools are not devoting a significant amount of time to Israel education. Many offered special programs sporadically through the year, while some relied on informal educational programs to educate its students about Israel. Only a few schools actually offered stand-alone classes or devoted time within their existing Jewish History curriculum. Similar to my school, these schools all had some type of Israel programs, and all promoted the connection between Israel and the students. When it came to the actual issues though, many schools seemed to have room for improvement.  To be fair, I am not suggesting that schools are ignoring the issues, but there definitely seems to be a disconnect between the students and the information.

So, back to my students… I decided to take a bit of a different approach. Rather than going through and teaching my students about various attempts at peace and the “right of return” I showed the students what the anti-Israel groups were using to spread messages of hate and lies. I actually found the media being used by some of these groups when they go out to speaking engagements and college campuses. When I showed my students some of the images and factual misrepresentations, most immediately understood the issues at hand. The main question what kept coming up was why educated people believed such inaccurate information. We then examined  pro-BDS media that discussed the “terrible” things Israel has done. I split my students into groups and gave each group one of these issues/accusations. I instructed my students to keep an open mind and to determine if there was any truth to these statements. I also provided the students some helpful links for research from various points of view, as I really wanted to make sure that looked at the “whole pictures.” When the students were finished, each group had to present an informational poster that featured their issue and its various viewpoints. As they worked in their groups, the students again kept asking why people would believe that Israel was an “apartheid state.” One student asked if anyone had actually looked up the definition of this word. Some students remarked that they felt sorry for the Palestinian people as they knew that they did not all support hate and bigotry. I was especially proud of my students for discovering this, and we discussed how it was important to realize that most Israelis and Palestinians actually do want peace.

By the time they finished the project, the students had a better actual understanding of the issues surrounding BDS. More importantly though, they now had a way to defend these claims and to be able to speak out against these types of campaigns/messages. We know that these 15 Jewish day school students are not going to solve the BDS problem and they are certainly not going to end hate towards Israel. If we have more educated people though, we can do more to defend our home and to promote the good that Israel has brought to the entire world.

Defending Israel must start with a proper education. It is impossible to support something if you do not know the facts. As Jewish educators, we must be doing more to ensure that our students are provided with a strong Israel foundation, that goes beyond wearing blue and white on Yom Ha’atzmaut. Our students are on their ways to college campuses and the professional world. Some of our students may soon be in real positions to protect and advocate Israel’s interests. It is our job to ensure that these students have the proper tools. In the past three weeks, my online-educational company has received four new requests for classes on Zionism and Israel from Jewish schools. While not a huge number, I do believe that these schools are realizing that providing an Israel education foundation to their students is essential. Hopefully, we will see more schools realizing that more needs to be done.

No, these efforts will probobly not end BDS or solve all of Israel’s problems. Knowing that Jewish around the world can be our true advocates and supporters though, will go a long way.