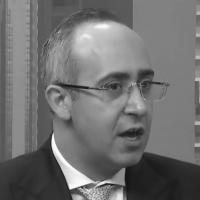 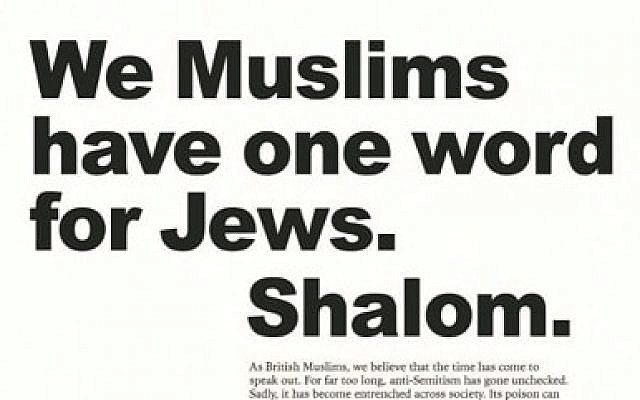 More than a year has passed since Muslims Against Anti Semitism was launched. We have been able to challenge anti Semitism in Muslim communities. We know we are successful because we have become targets of extremists who aim to undermine our work. Islamist extremists, antisemites and their foreign governmental supporters have made us their common enemy.

The most recent example was an attempt by a professor at King’s College London to associate us with Islamophobia and right wing media, in an article he wrote for a US-based website. King’s College London immediately intervened and took the very unusual step of ensuring this professor deleted the reference to my organisation and others in the UK.

On investigating the credentials of the author, he states that he is a paid consultant to the Qatari regime. The Qatari regime owns and runs Al Jazeera Arabic, the most potent voice in Arabic media that has hosted the infamous Yusuf Al Qaradawi, the Muslim Brotherhood spiritual leader who was banned from entering Britain by the last Labour government.

Extremists, pundits and others are jumping on the bandwagon of Islamophobia in an attempt to undermine our work against antisemitism and extremism in general. This is why our constant battle against extremism needs to be intensified.

We fight antisemitism and Islamophobia in the same breath.

Foreign governments, like Qatar, Turkey and Iran, try to interfere in British civil society through providing multiple platforms to Islamist groups. This includes media platforms, such as Middle East Eye.

In a study that my firm, Cornerstone Global Associates, conducted, we found that almost a quarter of all English-language content on the official Hamas website comes directly from Middle East Eye.

It comes as no surprise that Andreas Krieg, the King’s College professor who had to change his article, is a regular contributor to Middle East Eye.

Our fight against extremism, and most especially antisemitism is also a fight for freedom of speech and freedom of religion.

It is a battle against the forces of extremism that aim to stifle free speech through intimidation. This is why media groups with dubious backing need to come clean about their funding.

Last May, we successfully campaigned to have Google Play remove an app on its store– The Euro Fatwa App – for its antisemitic content. The app had an introduction by Qaradawi. This is only one example of how we are winning, and why we are getting more and more attacked by extremists.

As we move forward in expanding our work into more Muslim communities in Britain and across Europe, we appeal to our allies from all political and religious persuasions to support us.

We cannot let extremists win, and we cannot allow them to intimidate us.