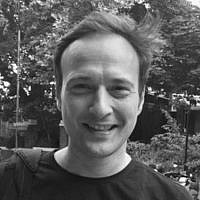 The Blogs
James Martin
Apply for a Blog
Please note that the posts on The Blogs are contributed by third parties. The opinions, facts and any media content in them are presented solely by the authors, and neither The Times of Israel nor its partners assume any responsibility for them. Please contact us in case of abuse. In case of abuse,
Report this post. 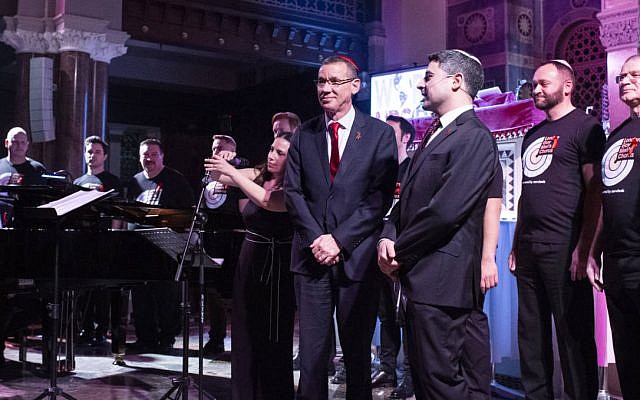 Last Saturday night I reported on a concert marking World AIDS Day. Witnessing the atmosphere of support and hope amongst the 300-plus crowd at West London Synagogue was a reminder that the battle to defeat HIV/AIDS  has come a long way, but is not yet won, and that despite remarkable advances in medicine, there are still people, in the Jewish community and beyond, who desperately need moral and financial support to really live with the illness.

The event, organised by WLS, fundraising for the Jewish AIDS Trust and the Israel AIDS Task Force showcased the Jewish community at its best: tackling a challenge (of discrimination) and infusing it with a message of hope (the beacon of the fully lit menorah). People lit candles of remembrance and sang in unison, to espouse a singular message of defiance.  However, speaking to the volunteers of JAT (formerly the Jewish AIDS Trust, now Jewish Action for Teens) I was struck by a different story: of how isolated AIDS activists, as well as patients, had been in the early years of the disease. The charity was formed in 1988.  Laurence Lewis, who still volunteers as an SRE teacher in the Jewish community, explained that he and volunteers would arrange practical support for early sufferers, which included delivering meals to orthodox families ahead of shabbat to ensure that they could eat with a family member who had the illness. They would also visit hospitals to ensure that patients suddenly taken in with AIDS symptoms were able to retain their dignity by wearing pyjamas.

Things remained really dark until the mid- 1990s, when burials of the early AIDS sufferers (many of whom became infected when AIDS was still a whisper in the village) were still routine. The charity provided on-going support, including for men who had to reveal both their status and sexuality to their family at one painful juncture. However, despite their remarkable support, the charity struggled to find funding. This was partly because some wealthier Jewish AIDS sufferers had felt so ostracised by the community that they, ironically, didn’t support the charity that had helped them. More broadly it reflected the awkward social and moral mores of the time, in which conservative society struggled to assimilate the combination of sex, sexuality and illness. And this is where the less noble side of society (in parts of the Jewish community and beyond) shone its glare. Prejudice and fear intermingled to variously invoke medievalism (“AIDS is a punishment for promiscuity’’), denialism (“It won’t happen to our sorts”) and hysteria (“It can be spread by hand-shaking”). Needless to say, these distorted views survived beyond the invention of modern drugs and progress. It is not surprising that JAT suffered in this climate, obtaining little financial support in its early years (it later broadened to become an SRE provider, a much needed part of the community’s education portfolio).

However, the abiding legacy of the Jewish response to the illness is not rejection but of hope: of the Jewish campaigner (big or small), taking actions to fight stigma. Be it social activists like Larry Kramer, who pushed health authorities to recognise the urgency of the condition, Alison Gertz, who bravely spoke of her illness whilst fighting AIDS, or Scott Freed (who has lived with HIV for thirty years) who continues to teach SRE across America. It’s also the Jewish doctor who stitched Magic Johnson up without gloves (he had none) because the impact of not doing so in his comeback match would have whipped up hysteria. And on Saturday night, it was the message of dignity and resilience that shone through.

About the Author
James Martin is a Communications strategist and journalist.
Related Topics
Related Posts
Comments