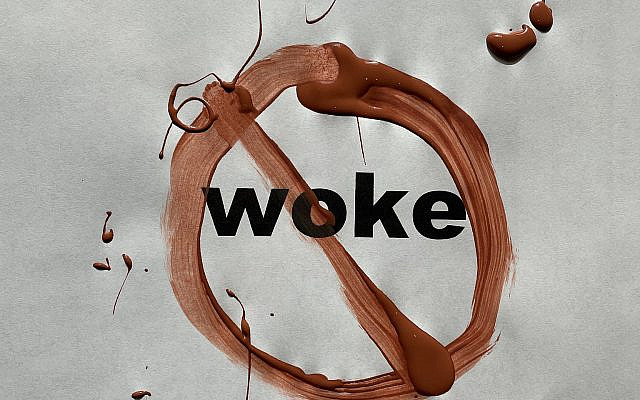 Art and photo by the author

These days, Jewish progressives might seem faced with a hard choice: They can be Zionists or true progressives. The woke mob says they can’t be both. Just ask Rashida Tlaib. Recently, she declared that one can’t hold “progressive values” and “yet back Israel’s apartheid government.” (She has taken Israel off the map in her congressional office.) Or ask the earnest young members of If Not Now, for whom Tlaib has become a leader. Or look at the ubiquitous anti-Zionism on college campuses. As former Labor MK Einat Wilf writes, we’re at the point where “a Jewish student who does not show herself to be an ally of Students for Justice in Palestine, or does not agree that ‘Zionism equals racism,’ or that Zionism is a form of apartheid, and Nazism, and white supremacy, and whatever other supreme evil will be identified next, cannot be considered a good Jew.”

The ADL reports that on American college campuses there’s a “radical activist movement which places opposition to Israel and/or Zionism as core elements of campus life or as a prerequisite for full acceptance in the campus community.” As a result, “Jewish students who publicly expressed affinity with Israel’s existence were more likely to have a difficult time being accepted in many campus spaces, especially in progressive and left-wing circles. Some students may feel forced to hide their connection to Israel in order to be accepted in such spaces.”

Nor is this woke condemnation of Zionism confined to college campuses. More and more, it is the price of admission to non-academic progressive circles, as American liberals take a woke view of the Middle East. And the bullying that goes with that trend cuts off reasoned debate, as dissenters are subject to abuse online.

Essentially, woke progressives are telling mainstream American Jews that a central part of their identity is unacceptable. That’s not human rights advocacy. It’s antisemitism. And the saddest part is that some Jews are buying into it.

So how can a Jew be an open-minded liberal Zionist and a progressive? David L. Bernstein tackles that question in his courageous new book, “Woke Antisemitism: How a Progressive Ideology Harms Jews.” Bernstein draws on three decades of experience as a liberal, left-leaning Jewish leader, showing how woke ideology, initially an obscure academic study, has come to dominate many of our mainstream institutions. He details how it has corrupted those institutions, threatened liberal Zionist identity, and encouraged progressive antisemitism.

Bernstein recounts his own unsuccessful efforts to push back against the coercive diversity training he was made to attend while working in progressive groups – training that required him to accept rigid notions of collective white guilt. Moreover, he was told that he too suffered from congenital white racism, even though he is “the swarthy son of an Iraqi Jewish immigrant who never saw himself as white.”

Later, Bernstein found, the ideology of that diversity training “had seeped into progressive political spaces and multi-ethnic coalitions.” Where leaders used to talk about opportunity, they now talked about oppression. Eventually, Bernstein saw a connection between diversity ideology and the growing antisemitism that followed the hate-fest of the 2001 Durban World Conference Against Racism. The post-colonialist ideology of Durban was spreading. “The American left was being Durbanized, and many American Jews were naively helping it along by acquiescing to the demands of woke ideologues.”

Today, Bernstein argues, the progressive left demands “that Jews self-identify as white, then mouth pieties against white supremacy, confess their complicity in it, and surrender their critical faculties and their cultural character, in order not to be canceled, or trolled, or to suffer other indignities that befall dissenters from woke ideology. Some progressive circles ask Jews to abandon their Zionism and support for Israel.” And anyone who does support Israel is complicit in the oppression of Palestinians.

Reacting to all this, in 2021 Bernstein “founded the Jewish Institute for Liberal Values (JILV), a 501(c)(3) nonprofit dedicated to supporting liberal principles of free thought and expression, advancing viewpoint diversity, countering the imposition of woke ideology in the Jewish community, and highlighting and opposing the novel but unmistakable forms of antisemitism emerging from woke ideology.” He’s taken on a real challenge. Some people he’s spoken to say they support him, but “explain that their work or social situations don’t allow for intellectual honesty.” Of course that points up the bullying and intolerance that go along with woke ideology. The “central task, then, is to bring these believers in open discourse out of the proverbial closet.” Bernstein suggests several ways to do that.

Writing about these issues, ADL director Jonathan Greenblatt has asked: “What does it mean when the litmus test for inclusion in social justice spaces requires Jews to oppose the very existence of the only Jewish state in the world?” Well, what it means is that liberal Zionists need to take back those spaces by calling out the woke fanatics, and then becoming advocates for free thought, free speech, and respect for the opinions of others. Reading Mr. Bernstein’s book would make for a good start.

About the Author
Paul Schneider is an attorney, writer and member of the Board of Directors of the American Jewish International Relations Institute (AJIRI), an affiliate of B’nai B’rith International. He lives in Bethesda, Maryland and frequently travels to Israel.
Related Topics
Related Posts
Paul Schneider