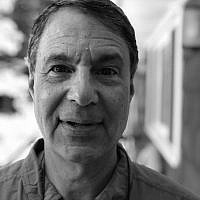 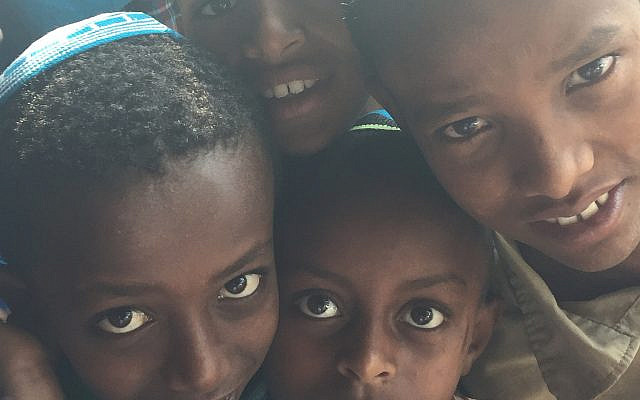 We stride into a brightly lit classroom filled with multi-colored plastic chairs. In every one is an Ethiopian Jewish child holding an empty plastic plate. Food is served. Rolls and bananas. There’s a tall kid, maybe 14 or 15 years old wearing a kippah doing sabbath blessings. It’s Friday afternoon and clear this young man is an accomplished leader. “Baruch Atah Adonai, Eloheinu, Melekh Olam….” The 30 or so little kids who surround him, intone the blessings in response, their voices echoing against the whitewashed classroom walls.

We are visiting the afterschool program organized in Gondar, Ethiopia by Meketa, a non-profit organization based in London, England and Rabbi Sybil Sheridan created Meketa with her colleague Hila Bram as the Israeli government pulled out of Ethiopia in 2013. Many supports for the remaining families were threatened. So Meketa which means “Shield” in the native Amharic of many Ethiopians rolled up their sleeves and got to work running a slate of programs that would benefit the children and their families who will invariably get to Israel given the 2015 government decision to bring all of them under the rubric of family re-unification.

So here I am, a family therapist born in the Big Apple, coming on my own dime to check things out as it were ‘in the hood’ with the kids in Gondar. My guide Mengistu Endeshaw and I had taken a tuk-tuk motorcycle with cloth covered cab, 40 cents U.S. for the mile plus ride, to Meketa’s afterschool program. It’s outside the Gondar ring road where some of the families have moved because they have no money to pay the jacked up rents charged to Jewish families in the main parts of town* by landlords who know they’re eventually moving to Zion. We trek up the muddy hillside to a modern peach-colored one story building that houses the program.

The kids are excited and so are we. After the blessings, they want to see what’s in the red and white mesh bag we’ve brought. Mengistu opens up the bag and the kids are vibrating with excitement. What are we going to do? Out from the bag comes a 9 foot wide parachute, each quadrant a different color. We position the kids all around the shute and show how to bring it up over their heads and down, like a giant pumping fan. I yell out in English and Mengistu translates into Amharic as the pump action intensifies. “OK! The boy with the red shirt – run through!” Now the girl in the yellow shirt run through! Now all the boys in soccer shirts run through! Now all the girls with braids! The kids are going wild. The teachers must think we are nuts without much introduction, but we only have a day on this visit… It’s an experiment in movement and freedom for kids who’ve been cooped up in a country not always friendly to Jews, for their entire lives.

We’re all tuckered out and it’s time for the kids to go outside into the tile-floored courtyard to eat a lunch that’s been prepared by the teaching staff. Injera, the soft flat bread made from high protein teff flour, beans, potatoes. But what’s this? There’s a kid of about 8 or 9, clearly not a regular at Meketa, who is sitting forlorn at the entrance to the locked courtyard gate. He watches the other kids eat. His shirt is torn. He looks hungry. An adult invites him inside. It’s Ambanesh, the woman who had been the head of the Gondar Jewish community until recently when she had to take off and care for her own children. Now she serves with Meketa as a part time community worker evaluating children for the child sponsorship program the organization is now growing. She speaks softly to the boy. A plate of food is brought. I smile but my heart is crying.

As we head down the hillside after our brief visit, I shake my head in dis-belief. I am angry and I feel ashamed. Where’s the money from UJA, from the Joint, from Whomever? How can it be that a Jewish kid in any land may be too hungry to learn? Are we so blind to think that a child with developmental disabilities, because she hasn’t had enough food, will be alright once she gets to Israel? Or do we not really care as we face the glut of refugees from Iraq and Afghanistan and other parts of Africa? These are Jewish kids, for God’s sake. As the older kids, the 18-22 year old’s who are part of the young leadership team, teaching Hebrew and Torah in Gondar, said to me with bitter eyes, “Some of our families have waited decades. When can we go to Israel? We are Jewish, even though our skin is not White.”

For the past three years I have left an “Empty Chair at My Passover Seder for a Jewish Child Waiting in Ethiopia.” Last year, after visiting Ethiopia, David Breakstone of The Jewish Agency wrote a beautiful article based on this idea called “8,000 Empty Chairs.” In Israel, a video was made of by Alisa Bodner of Struggle to Save Ethiopian Jewry. An Israeli family of Ethiopian Descent waiting for their relatives in Ethiopia to join them sits at the Seder table. Two empty chairs hold framed pictures. There are no smiles. No joy.

Yet there is hope. My friend Rabbi A.Y. Katsof from the organization “Heart of Israel” got on a plane last summer and in a mission befitting an Indiana Jones movie, rescued a Jewish family with Ethiopian roots who’d gotten stuck for a generation in Sudan. He reminds me, as we look at what to do as we approach Shavuot, that he filled these chairs with the kids and parents he rescued, now part of his extended family. He filled his chairs.

So, What, my God will WE do? Baruch Atah Adonai, Blessed be the One Who gathers His Dear Ones unto Zion…. With the aid of OUR HELPING HANDS.

Note: My visit to Ethiopia was in July 2019. Today the children and families are at great risk as Covid-19 is expected to hit Ethiopia hard. While a small number of Ethiopian Jewish families landed at Ben Gurion Airport thanks to the action of the Jewish Agency and Israeli government just before the “stay at home” order was made in Israel, the remaining Jewish families in Ethiopia are in danger. Sequestered at home, few can work. The Jewish Agency has stepped up to help. Still an estimated $250,000 U.S. needs to be raised by Struggle to Save Ethiopian Jewry and North American Council on Ethiopian Jewry to feed and protect the families over the next six months. As my young friend Mesenbet, who heads the “Children of God” circus troupe in Gondar recently told me of the food being distributed at this moment “the food is good….and it is not enough.

*During the Covid period families and children cannot meet at the Synagogue built by NACOEJ for prayers and programs facilitated by the courageous continuing work of Rabbi Menachem Waldman and many others nor at the Meketa center.

About the Author
Neal H. Brodsky is a family therapist licensed in New York and Connecticut and one of 12 therapists around the world who contributed a chapter to the book "Deep Play: Exploring Depth in Psychotherapy With Children." Trained in Marriage & Family Therapy at Fairfield University, he also holds a Master's Degree in public administration from what is now the Wagner School of Public Service at New York University. He serves English-speaking clients online and is affiliated with the recently launched Israel Center for Self-Transformation.
Related Topics
Related Posts
Comments 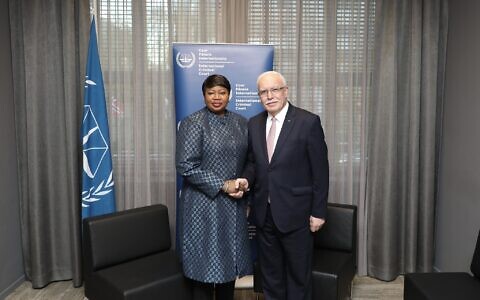 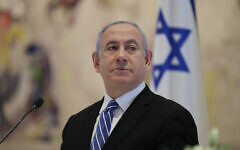