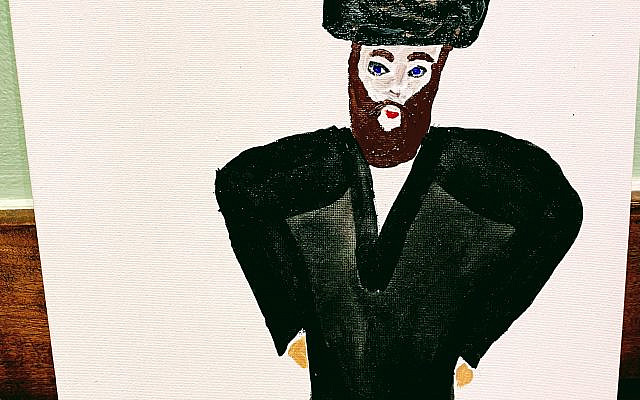 As a youth, I remember being immersed in yeshiva high school in Forest Hills, New York, and it wasn’t all a positive experience for me. I felt like I was drowning in a singular voice of religion and where everyone was sort of the same, and it was an environment where I couldn’t find myself, my voice, G-d, and my expression of faith in him. I remember at that moment in 11th grade wanting to “escape” from the religious confines of the “mesivta” (orthodox yeshiva) and get into the “real world” to be free and to find religion where it wasn’t been forced on me.

Sure enough, I went on early admission to college (instead of going to 12th grade) and it was there that I found what being Jewish was by being different amidst the non-Jews. I saw that I, as a Jew, was unique “among the nations”, and I was happy to be so, and I could savor being a Jew by my free choice. Every expression of Judaism from wearing a kipah on campus and in all my classes (actually always) and eating kosher and keeping Shabbat, while everyone else were growing their hair out, partying, and playing around, showed me that I could make good choices by following the Torah and my conscience. The contrast between me being Jewish and the environment that was as broad as the United Nations (actually only a few blocks away), helped me to find myself and to build my personal Jewish identity. So, I think that for those Jews that are afraid for their children to leave the confines of the home, their “shtetl” neighborhood, and the local yeshiva, because they are afraid of the “foreign” (goyish) influences, I think that while that may be right for some Jews possibly, it is definitely not right for all of us.

Like the Torah portion this week of, Exodus, Rabbi Baruch Frankel of Aish pointed out that before Moshe was found in the basket at the age of three months by Pharaoh’s daughter, he was just called a ילד (child). Well, didn’t he have a name, since Jewish males are named on the 8th days at circumcision? But the Rabbi explained that G-d made it so that Moshe is only named in the Torah once he starts his mission journey in the Egyptian house of Pharaoh. In my mind, G-d’s redemption of the Jewish people from Egyptian servitude was made so much greater by Moshe being immersed in Egyptian culture, which he on his own rejected upon killing the Egyptian taskmaster that was beating a Jewish slave, and then ultimately by becoming the redeemer through Hashem to bring justice to Egypt and free the Jewish people.

Moshe became the great Jewish leader that he was, not by being confined to the Jewish world of the time and as a slave, but by being in the midst of the Egyptian palace and center of its power and culture. Only there could Moshe not be raised with the slave mentality and be able to choose between the intimate good in his Jewish soul and the evil in the midst of Pharaoh and the Egyptian slavers. For me, this was like leaving the confines of the yeshiva world and going to college in NYC and finding myself, beliefs, and Judaism.

I mentioned to the Rabbi that another reason that Moshe was only called by the impersonal and nondescript title of child was that in essence, because of the death decree against all Jewish males born at the time to be thrown in the river, he was like a “dead man walking” and until he was pulled from the river to be brought into Pharaoh’s palace, Moshe was only then given life and was on his way towards his mission of deliverance for the Jewish people. This underscores the concept for that for some of us, the true mission of our lives as Jews and people of good conscience can only really begin once we are out of our “comfort zones” of Jewish living and in the world where we can start our life missions for doing good and living as Jews. Even today, the modern State of Israel, finds itself in a “tough neighborhood” physically and spiritually, where the challenge is realized of becoming a holy nation and a “light unto the nations.”

In a sense, the redemption of the Jewish people and exodus was so much greater a miracle by Moshe becoming this great Jewish leader from within the fires of the Egyptian paganism at the time. Moshe’s rejectionism of Egyptian power and culture used for evil to enslave and hurt others was a powerful choice of good over evil and a message to Pharaoh and his household that despite all his wealth, strength, and influence, that Pharaoh and Egypt would fall before the hand of the true, Almighty G-d of Israel. Similarly, I think the message for us is that the final redemption for us and the world will come initially from “galut” (outside of Israel) from the cauldron of “Edom” (the Roman Empire and Western civilization) and all the materialist and pleasurable freedoms and allures thereof. From there will rise the redeemer, the Mashiach Ben David to bring faith and righteousness to the peoples of all the world.  For true faith and belief sometimes comes from within the “lion’s den” where we are tested and can find our courage, inner belief, choose good over evil, and the revelation of the one true G-d for the final redemption of all.