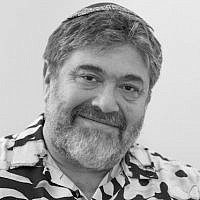 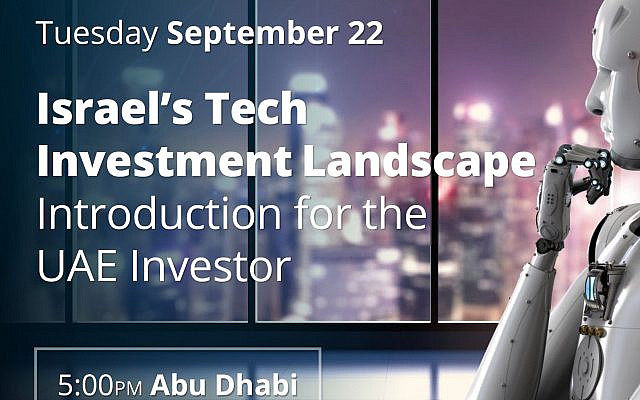 I am proud to be part of a little bit of history this week when OurCrowd joins with Emirates Angels, based in Abu Dhabi, to host the first major public event connecting Israeli and Emirati investors and entrepreneurs, just a week after the Abraham Accords were signed in Washington.

Israeli Tech Investment Landscape: Introduction for the UAE Investor on Sep. 22 will be broadcast online at 5pm in Abu Dhabi (4pm in Jerusalem) to hundreds of potential partners in the United Arab Emirates. On Oct. 13, our new friends will return the compliment and host UAE Tech Investment Landscape: Introduction for the Israeli Ecosystem, a chance for Israelis to see and hear directly from their counterparts in the Gulf.

It is barely a month since the peace deal between Israel and the UAE was announced, but already the enthusiasm is palpable. My phone is ringing off the hook. One of the people who approached us was Masaood Al Masaood, chairman of the Emirates Angels Investors Association, the first government-sanctioned group of angel investors in the UAE.

“We’re excited about this historic moment for the region, and to expand a community of peaceful coexistence, and most importantly build a powerful engine of economic and cultural exchange,” Al Masaood told us. “We look forward to showcasing our startups to the world and the Israeli startup ecosystem and to Israeli investors, and we look forward to looking at the Israeli startups.”

The first event on Sep. 22 will feature Kira Radinsky, Chairwoman and Chief Technology Officer of Diagnostic Robotics, describing how artificial intelligence is powering more efficient and more effective healthcare, and Neil Ackerman, Head of Advanced Technologies for the Global Supply Chain at Johnson and Johnson, who will explain what a multinational conglomerate has to gain from startup technology in the Middle East. We will also feature top professionals experienced in doing business in both the UAE and Israel, and discuss other aspects of Israeli innovation.

I am excited about the opportunities to collaborate, cooperate and build companies together with our new Emirati partners. We can create real synergy between our peoples, creating value for both countries and for the entire world. Anyone who has been to Dubai and Abu Dhabi, as I have, knows that they are two of the most modern cities you’re ever going to see.

I am excited about the opportunities to collaborate, cooperate and build companies together with our new Emirati partners

The UAE and Bahrain are entrepreneurial communities that are true leaders in many areas including smart cities, transportation, and healthcare, with some of the most advanced hospitals in the world. They just launched a probe to Mars. They already had an astronaut up on the space station.

In logistics, shipping, and aviation, we don’t look to lead, we look to learn. We look to work together, to find entrepreneurs that we can back, making investments and bringing capital from our community of more than 50,000 registered investors from around the world.

The real opportunity here is not only investment, but joint activity, joint development, and working together on joint ventures. The Emiratis are very focused on creating an entrepreneurial culture and I think the opportunity for us to do things together with them at eye level is what really excites me, and I think that excites them, too.

We are only in the early days of this process but already we are building a solid foundation for future success.